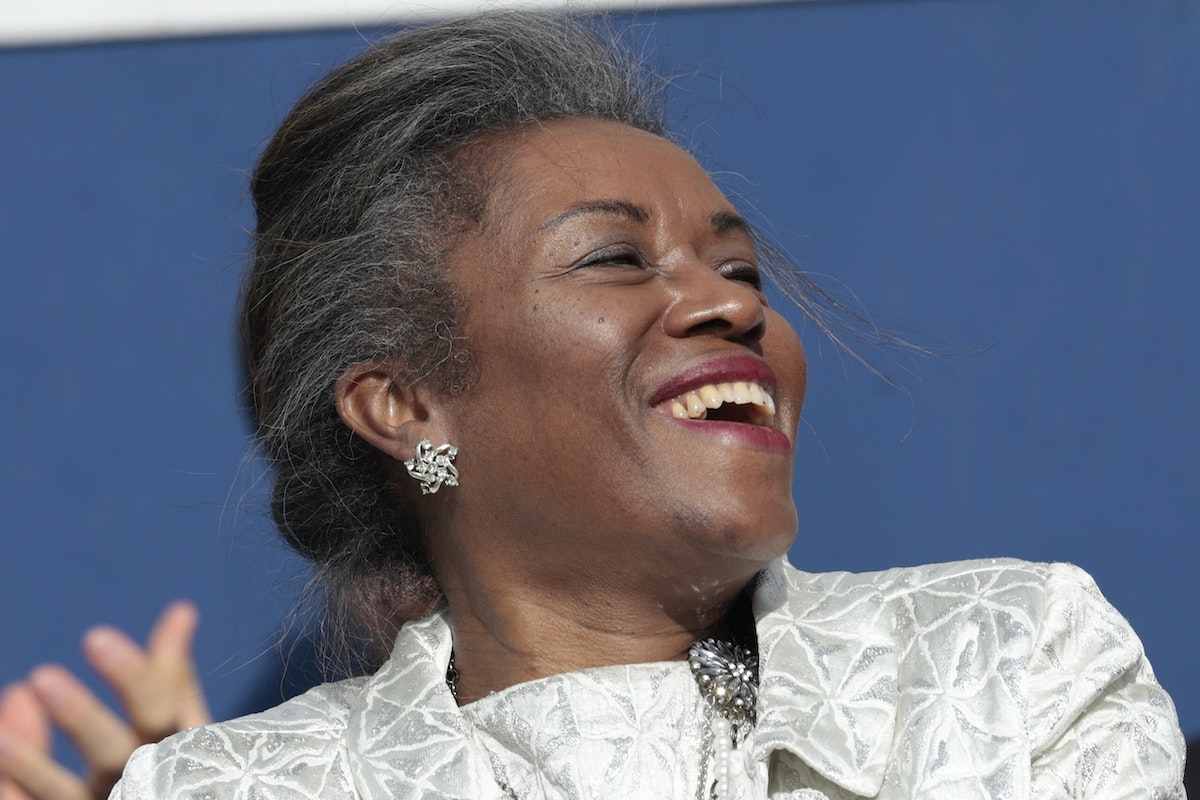 The 58-year-old Jamaican immigrant who, along with Gov. Glenn Youngkin and Attorney General Jason Mayoris, flipped the Old Dominion from blue to red, told New York Post columnist Cal Thomas why Democrats have contempt for black conservatives like her.

“In order for [Democrats] to continue to win, they need to get 80 to 90% of the black vote,” Sears explained. “That’s why they are so full of hatred when conservatives like me, or libertarians, don’t think the way they do. We don’t really care.”

Sears told Thomas blacks must break the grip Democrats have on them.

“The slaves did not die in the fields to be beholden to the Democrat Party,” she said. “They wanted their freedom . . . their families to be reunited . . . and their children to get a good education.”

Winsome Sears on targeting of black conservatives: ‘Slaves didn’t die in the fields to be beholden to Dems’ https://t.co/Nr0FzZigV2

The devout Christian and ardent pro-lifer said it is mostly Democrats who are fighting to keep abortion legal, which she said takes a disproportionate toll on people of color.

“And they call me a white supremacist for saying we want more black babies,” she mused. “Democrats have to make up their minds.”

But Sears, whose running mate Youngkin has sparked some presidential talk, stopped short of saying she would endorse a 2024 run by Trump.

“I’m going to hold my fire,” she said. “I want to see what he says, what he does and who else is out there.”

Sears is the first woman of color to hold statewide office in Virginia and is also the State’s first female lieutenant governor. A former electrician in the Marines and director of a Salvation Army homeless shelter, Sears served a term in the state’s House of Delegates two decades ago before mounting an unsuccessful bid for Congress. During her extended absence from politics, Sears ran her own plumbing and electrical business in Winchester, Virginia.

Speaking off herself in the third person, or perhaps channeling the thoughts of critics who cannot fathom her success, Sears said her rise is a repudiation of claims blacks cannot get ahead in America.

“Winsome wasn’t born here,” she said. “This is not her country, not her culture, and yet here she is — second in command in the former capital of the confederacy. The KKK must be turning over in their graves.”

Sears accused Democrats of pandering to blacks with staged events and photo ops like President Joe Biden’s recent commemoration of “Slave Remembrance Day.” Sears said she prefers to look to the future.

“If you want to live in the past, go ahead,” she said. “Just don’t drag me back with you.”