Will I Go to Hell if I Get Divorced? 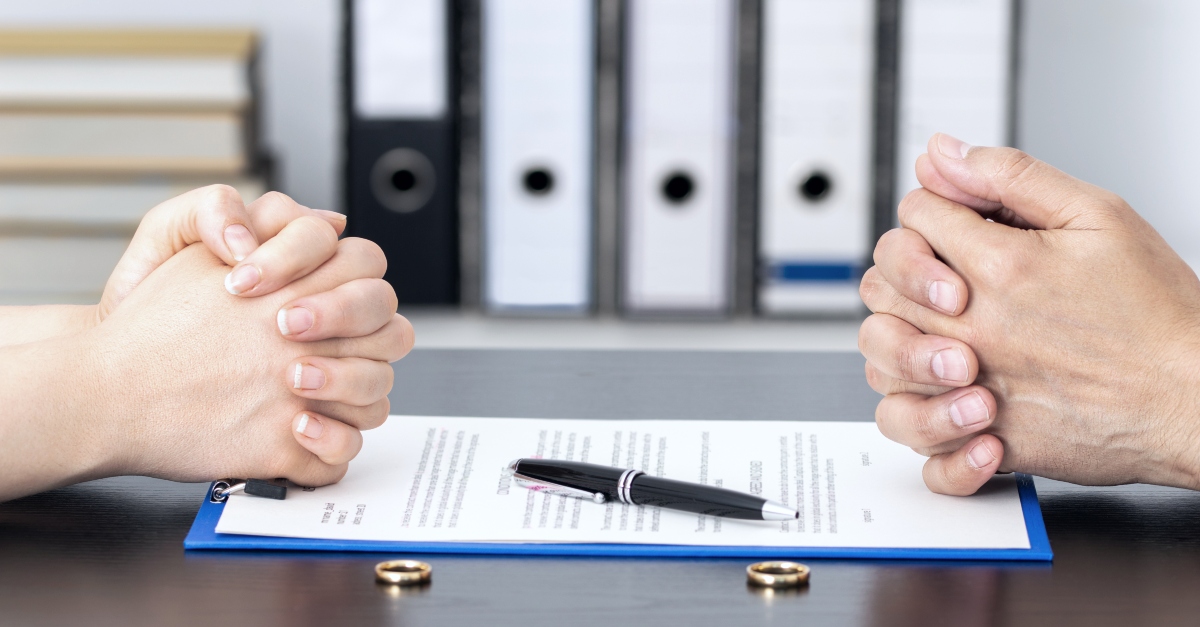 There are many incorrect views when it comes to hell. Many of us believe we have to abstain from certain practices in order to avoid going to hell. While many Christian culture circles have equated going to hell with getting a divorce, this is not biblical. Getting a divorce will not send anyone to hell, just as no single sin will send a person to hell.

The Concept of Hell

As the Lord tells us, He is the only way to salvation and eternal life. The Lord came to die for our sins and restore our relationship with the Father. If we choose to not accept Him, we will go to hell when we die.

As Paul tells us, when we believe in Jesus, we are justified and saved. Instead of the Father seeing sin when he looks at us, He sees His perfect Son. We are only justified through Jesus Christ, and we can only be forgiven of our sins by placing faith in Him.

With this being said, no single sin can send us to hell because heaven and hell are not a matter of “righteous acts” or “good deeds.” Rather, everyone decides their own fate depending on whether or not they placed faith in Jesus during their life.

If we place faith in Jesus by believing that He died for our sins, was buried, and rose again, we will go to heaven when we die.

Disbelief and rejection of Jesus is the only sin that will send us to hell because we refuse to place faith in Jesus. Any sin, such as lying, lusting, or getting a divorce, will not cause a person to go to hell.

In the same way, no “good deed” such as helping the poor, paying tithes, or being kind to others will cause a person to go to heaven when they pass away. When we die, our afterlife is dependent on whether or not we placed faith in Jesus.

If we choose to believe in Jesus and accept Him as our Savior and Lord, we will be forgiven of our sins, have a repaired relationship with God, and we are given eternal life in heaven. On the other hand, if we choose to reject Christ, we will go to hell when we die.

Even though divorce will not cause someone to go to hell, God is clear that He hates divorce. The Bible tells us, “‘The man who hates and divorces his wife,’ says the Lord, the God of Israel, ‘does violence to the one he should protect,’ says the Lord Almighty. So be on your guard, and do not be unfaithful” (Malachi 2:16).

Jesus tells us in this passage of Scripture that anyone who divorces their wife or husband for any reason besides sexual immorality is committing a sin.

Later in the Bible, Jesus tells us directly, “So they are no longer two, but one flesh. Therefore what God has joined together, let no one separate” (Matthew 19:6). This means that God does not want married couples to get divorced.

When a man and a woman get married, it is a sacred covenant before God. The purpose of marriage is to mirror the relationship between Christ and the church. Just as Christ cares for the church, the husband needs to care about his wife (Ephesians 5:25-28).

In a marriage relationship, the husband and wife need to be reflecting Christ through their union. Marriage is not simply a matter of convenience but rather of true genuine dedication to one another. Getting married is a big decision and one that should not be taken lightly.

Once a man and a woman get married, they are fully devoted to one another and fully devoted to Christ. If the married couple chooses to get a divorce, it can only be under the means of either the man or woman committing sexual immorality by being unfaithful to their spouse. Spousal abuse also falls into this as well.

Divorce for any other reason is not biblical. Since Christ’s relationship with the church is eternal, a married man and woman’s relationship should last for their entire lives. The married couple should be able to work through their difficulties and problems without it resulting in divorce.

What Does This Mean?

Thus, a person will not go to hell if they get divorced. If a person divorces for any reason outside of sexual immorality or abuse, it is a sin; however, this sin will not cause a person to go to hell when they die. God hates divorce, yet a person does not go to hell for getting a divorce during their life.

Rather, the only reason a person would go to hell is because they failed to place faith in Jesus. If you haven’t placed faith in Jesus, you can today by believing that He died for your sins, was buried, and rose again (1 Corinthians 15:1-4; John 3:16-17).

Once you have placed faith in Jesus, you have been forgiven of your sins, and you will go to heaven when you pass away to be with the Lord forever.

What Are Biblical Reasons for Divorce?

The Truth about Divorce in the Bible

Will I Go to Hell if I Lust?

Vivian Bricker loves Jesus, studying the Word of God, and helping others in their walk with Christ. She has earned a Bachelor of Arts and Master’s degree in Christian Ministry with a deep academic emphasis in theology. Her favorite things to do are spending time with her family and friends, reading, and spending time outside. When she is not writing, she is embarking on other adventures.

Sight & Sound’s I Heard the Bells Is a Hit: Gets Extended in Theaters after Top 10 Opening

Saint Barbara for Christians of the Levant: Preservation and Tradition

What Are Angel Numbers and Are They Biblical?