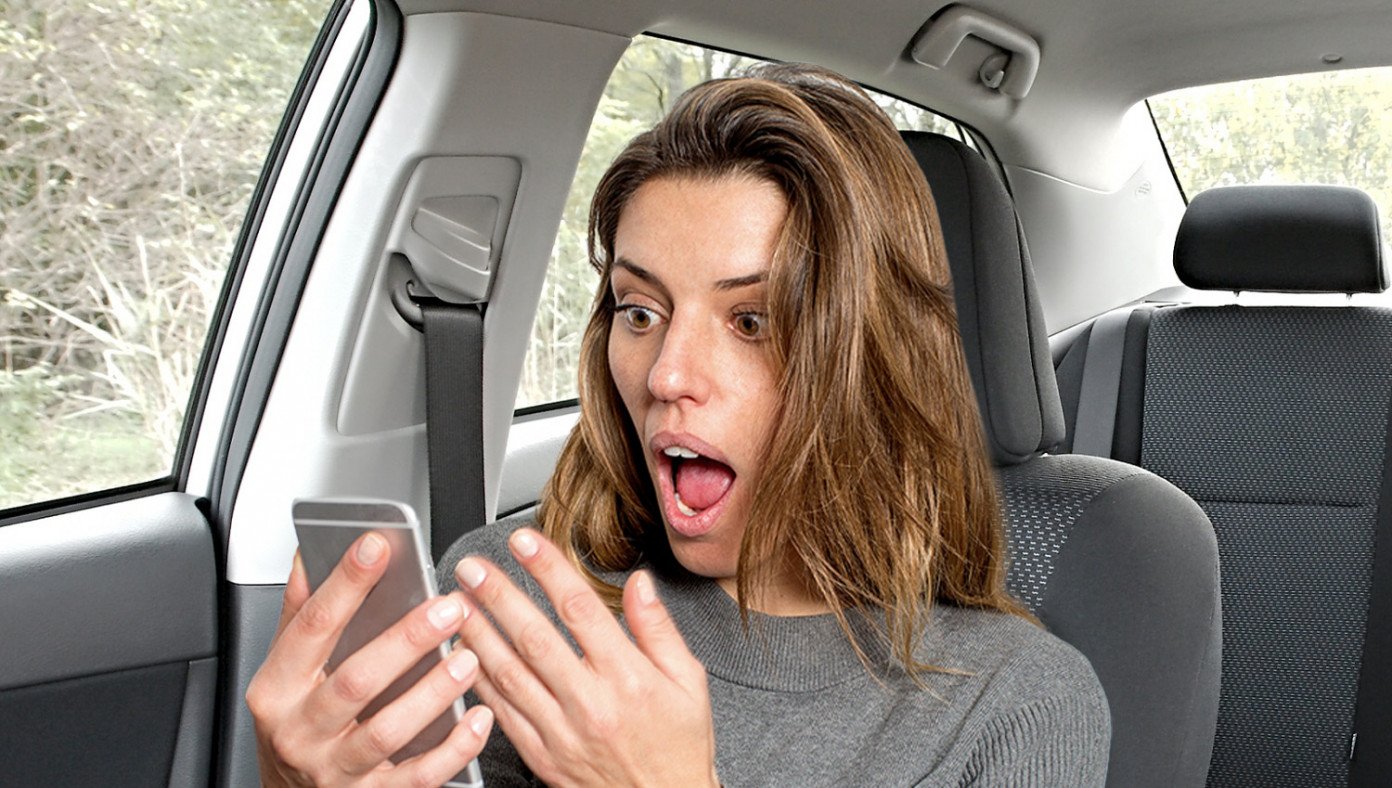 SCOBEY, MT – According to reports, your wife gasped, causing you to almost get in a fatal accident because the video she was watching on her phone showed an adorable baby goat tumble off a log.

After hopefully missing that cat then slamming into the fire hydrant, you asked, “WHAT IS IT BABE?! WHAT’S WRONG?”

Hand over her heart, your wife pointed her phone’s screen toward your pale, sweating face and said, “Oh, it’s just this baby goat I follow on insta, it fell of the log. I love him so much it hurts!”

Your wife then returned to scrolling through her feed.

Upon dislodging the minivan from the burst fire hydrant, you continued the drive to Costco, calculating the cost of repairs as you threaded the Chrysler Town & Country between vehicles in an effort to beat the hot dog lunch rush.

“ARE YOU OK?” you ask, pulling yourself back into the driver’s seat from the hole in your van’s mangled vehicle’s windshield.

Eyes wide, your wife turned and said, “Chad and Britt changed their relationship to ‘It’s Complicated’!”

‘I Don’t Sound Anything Like This!’ Says Jesus Reading ‘The Message’

‘Our Love Life Is None Of Your Business,’ Says Couple Forcing Business Owner To Approve Their Love Life