Why It Matters Today – 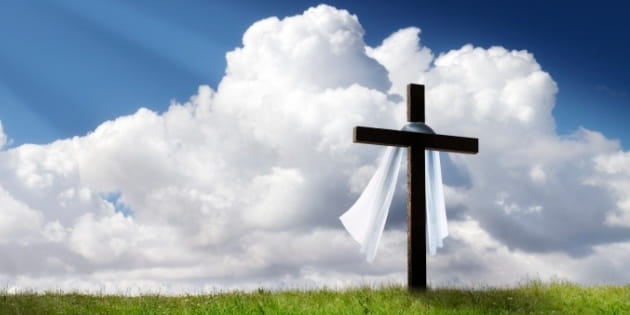 The resurrection of Jesus (alongside his crucifixion) is the central historical event in the Christian faith. Without the Resurrection, there would be no Christianity. “If Christ has not been raised,” wrote St. Paul, “then our preaching is in vain and your faith is in vain” (1 Corinthians 15:14).

I am a Christian because I believe in the resurrection. I am convinced that after dying a violent death on a Roman cross on a Friday afternoon in 30 A.D., Jesus of Nazareth came back to life and emerged from the tomb on Sunday morning.

This is not easy to believe. But if it is true, it is the most pivotal event in human history. Much has been written to defend Jesus’ resurrection, the most thorough and convincing book being N. T. Wright’s massive 800-page volume, The Resurrection of the Son of God.[1] If you haven’t done so, I hope you’ll weigh the evidence yourself.

What is unquestionable is that the first generation of Jesus’ followers did believe he had risen and were convinced that everything had changed as a result.

The Significance of Christ’s Resurrection

Consider just three ways the New Testament highlights the significance of the resurrection.

1. Jesus’ Resurrection means that his sacrificial death on the cross was sufficient, and therefore our sins can be forgiven.

In other words, Paul saw a direct connection between the resurrection of Jesus and the sufficiency of his death to atone for our sins. When Jesus rose again on the third day, it was the public announcement that God was fully satisfied with the sacrificial death of his Son.  In his resurrection, Jesus was vindicated (1 Timothy 3:16).  But in his vindication, we are vindicated too. That’s why Paul says in Romans 4 that Jesus “was delivered up for our trespasses and raised for our justification” (Romans 4:25).[2]

2. Jesus’ Resurrection means that death is defeated once and for all.

As Peter proclaimed on the Day of Pentecost, “God raised [Jesus] from the dead, freeing him from the agony of death, because it was impossible for death to keep its hold on him” (Acts 2:24). Death lost its grip on Jesus!

But the resurrection means that Jesus not only defeated death for himself, but that he defeated it for us. He died and rose as a new representative for humanity, as the Second Adam. “But in fact Christ has been raised from the dead,” writes Paul, “the firstfruits of those who have fallen asleep. For as by a man came death, by a man has come also the resurrection of the dead. For as in Adam all die, so also in Christ shall all be made alive” (1 Corinthians 15:20-22). His resurrection guarantees ours.

Perhaps no one has said this more eloquently than C. S. Lewis. In his 1947 book Miracles, Lewis wrote:

“The New Testament writers speak as if Christ’s achievement in rising from the dead was the first event of its kind in the whole history of the universe. He is the ‘first fruits,’ the ‘pioneer of life.’ He has forced open a door that has been locked since the death of the first man. He has met, fought, and beaten the King of Death. Everything is different because He has done so. This is the beginning of the New Creation: a new chapter in cosmic history has been opened.”[3]

The empty tomb assures us that sickness and suffering, death and disease will not have the final word.

This is both personal and powerfully hope giving to me. I have terrible eyesight, because of a degenerative eye disorder called karetoconus. I have a child with Type 1 diabetes, who takes at least four insulin shots a day. And my mom, at only 64 years old has advanced Alzheimer’s and hasn’t recognized me for several years. But the resurrection of Jesus means that someday I will have 20/20 vision, and my son will never need another shot again, and that Mom will know me once more.

Lest there be any misunderstanding, when the apostles said that Jesus rose again, they meant that his physical body came back to life. The risen Jesus wasn’t a phantom or ghost, but a breakfast-eating, flesh-and-bone, human being (see Luke 24:36-43 and John 21:10-14).

As the Pulitzer Prize winning novelist John Updike once said,

Make no mistake: if He rose at all
it was as His body;
if the cells’ dissolution did not reverse, the molecules
reknit, the amino acids rekindle,
the Church will fall.[4]

When Jesus came out of the tomb in a physical body, it was God’s definitive stamp of approval on the creation project with all of its materiality. The resurrection shows us that matter matters. And this is why the early Christians looked to the future with confidence that the created order itself would be redeemed (see Romans 8:18-25).

Though we wait for the full consummation of new creation, the Scriptures also teach that the power that raised Jesus from the dead is already working within us (Ephesians 1:19-20). The resurrection, you see, not only assures of God’s forgiveness and comforts us in suffering as we anticipate the final reversal of death, disease, and decay; it also motivates and empowers us to push back the tide of suffering and evil in the present world, through word and deed, in mercy and justice, all in Jesus’ name.

What the Resurrection Means For Us

Transcribed from the video above with Sam Allberry:

[The Resurrection] should make all the difference. In the New Testament, we see a number of ways in which the reality you have Jesus’ resurrection is applied to us as Christians. As we trust in Jesus, we are united to him by faith. And Paul says, therefore, there’s a connection between what has happened to Jesus and what happens to us. So Jesus didn’t just die and rise, but in Him, we died with Him. We rose with Him and that has massive implications. That’s not just symbolic. We actually spiritually have been raised with Christ.

We’ve been given new spiritual life in Ephesians 2. In Colossians 3, we’re told since you have been raised with Christ, set your hearts and minds on things above. So we’re to have the perspective of people who have been spiritually given life. And more than that, we’re to have actions as those who have new spiritual life. We’re to close ourselves now in this risen life that we’ve been given in Jesus. So as to affect us in terms of our holiness, we are to be what we are. As those who are raised in Christ, we are to live as risen people.

Brian G. Hedges is the Lead Pastor for Fulkerson Park Baptist Church and the author of Christ Formed in You: The Power of the Gospel for Personal Change, Licensed to Kill: A Field Manual for Mortifying Sin, and Active Spirituality: Grace and Effort in the Christian Life. Brian and his wife Holly have four children and live in South Bend, Indiana. Brian also blogs at www.brianghedges.comand you can follow him on Twitter @brianghedges.

[1]N. T. Wright, The Resurrection of the Son of God (Christian Origins and the Question of God, Volume 3) (Minneapolis, MN: Fortress, 2003).

[2]The Greek word for “justification” (dikaiosin) in Romans 4:25  is closely related to the word “vindicated” (edikaiothe) in 1 Timothy 3:16.

Behold! The Lamb of God

What Does God Say about the Church at Smyrna?