The White House emphasized Wednesday that officials believe Americans who support former President Donald Trump are a clear and present threat to democracy.

At the White House briefing, press secretary Karine Jean-Pierre previewed a prime-time speech that President Joe Biden will give on Thursday.

According to Jean-Pierre, Biden will address the growing “extremist threat” he believes is taking root in America. That threat? No, not homegrown terrorism, for example — but Trump supporters. 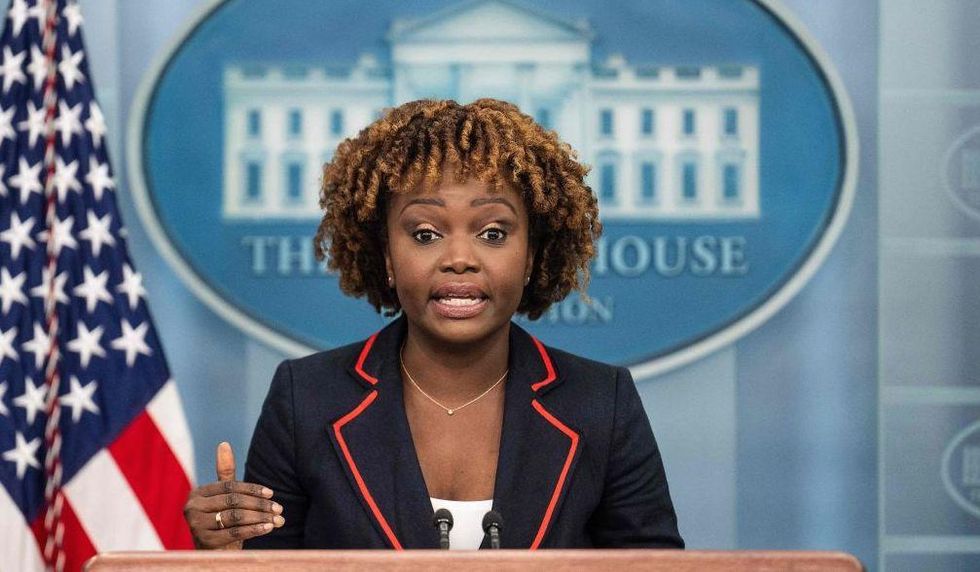 Biden will not “shy away” from exposing the alleged threat, Jean-Pierre went on to say, because what Biden believes “is just facts.”

Later in the briefing, Jean-Pierre was confronted over Biden’s contradictory position: He has repeatedly promised to unify the nation, yet he is now demonizing tens of million of Americans because they support Trump.

“Look, he has said this before — that it’s going to take some work. You have heard him say that. You’ve heard us say that,” the press secretary responded. “But what he’s not going to do is shy away, again, from calling out extremism that he is seeing — these MAGA Republicans. He is not going to shy away from that.”

Jean-Pierre even called out several Republicans by name — Trump, Florida Gov. Ron DeSantis, and Reps. Paul Gosar (R-Ariz.), Marjorie Taylor Green (R-Ga.), and Madison Cawthorn (R-N.C.) — who she claimed are carrying out an “attack of our core values as a country.”

“[Biden is] not going to shy away. He believes … as president he has the obligation to speak out against threats against our democracy, against violence,” Jean-Pierre told reporters. “He believes as president you have the strongest platform, the strongest voice, and that’s what he’s going to continue to do.”

Barbarians At The Library Gates

What’s The Matter With KU Law?

Why Is This Pro-Life Group Souring on Their Keynote Speaker?