White House Decorated With Touching Christmas Message ‘YOU WILL DIE’ 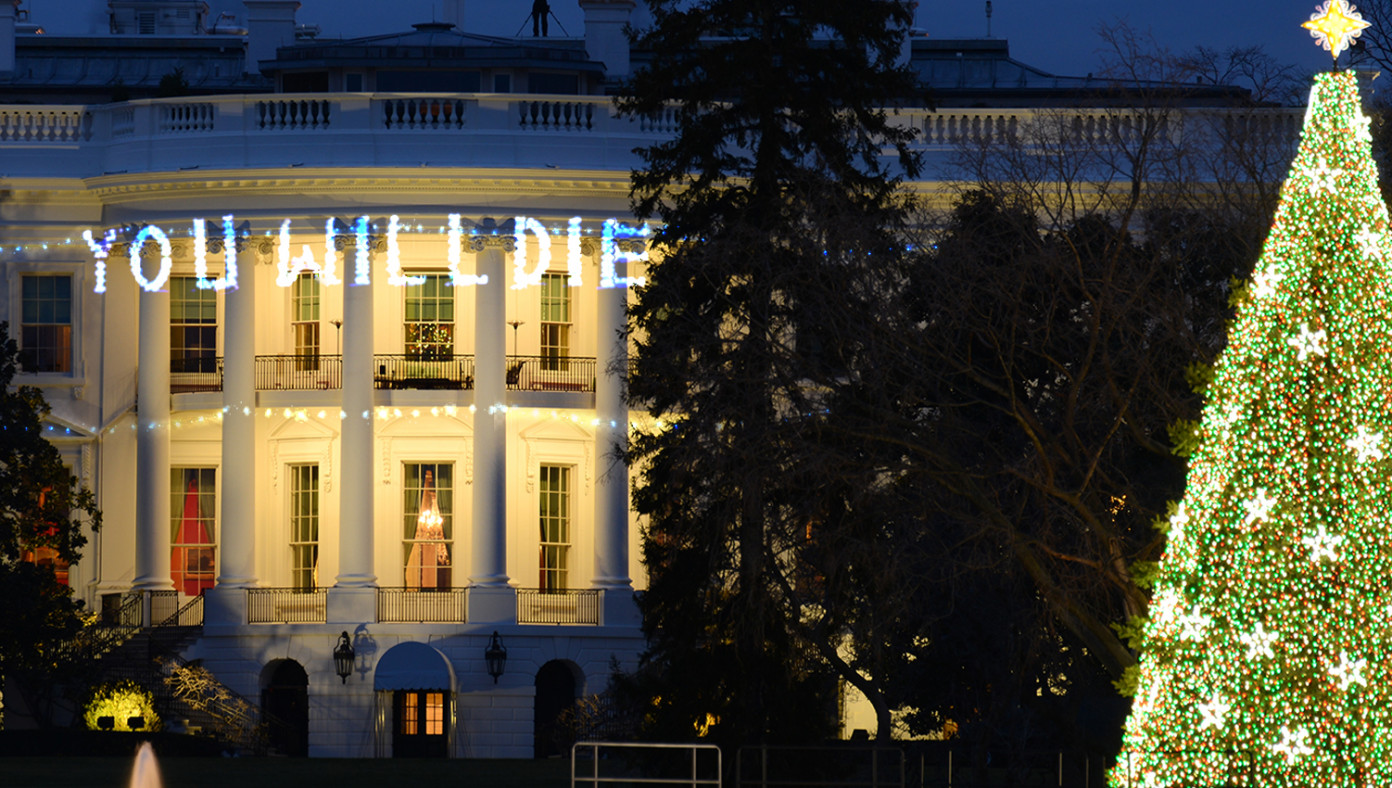 WASHINGTON, D.C. – The nation’s capital grew even more festive as the White House unveiled its facade lit with a resplendent light display spelling out the touching message, “YOU WILL DIE.”

The holiday message of light and hope comes at a dark time for our nation, as millions of Americans have chosen to ignore scientifically rigorous government lobbyists and refused to get vaccinated against a virus with a 100% mortality rate.

“Our country needs a message of hope from its leadership during this dark, deadly, perilous, disastrous, corpse-strewn winter season,” said White House Press Secretary Jen Psaki, “That’s why the President chose this message, so all Americans can hold their heads high…unless they’re unvaccinated, in which case they will surely die.”

Biden has reportedly already tasked staffers to prepare a New Year’s Eve fireworks show that will fill the sky with the message, “ALL IS LOST.”

‘Liz’ Romney Stabs Mike Lee in the Back – PJ Media

‘We Don’t Have Time For Pettiness’ – PJ Media