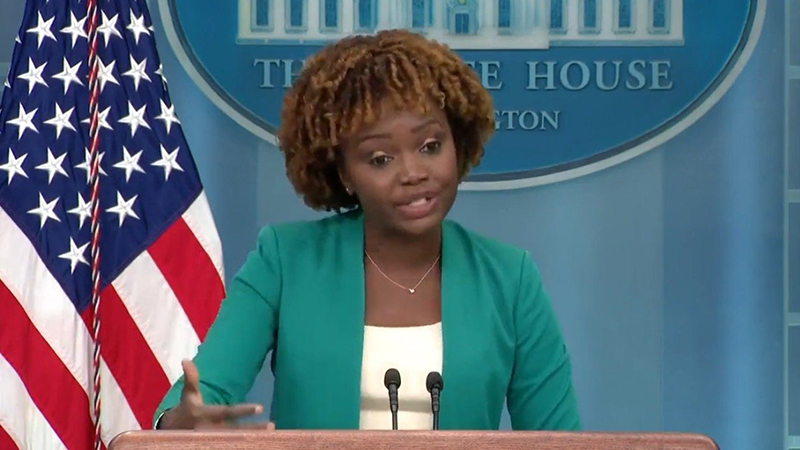 Hours before Joe Biden broadcast seemingly from the gates of hell and declared anyone who disagrees with him to be a violent extremist, his Press Secretary told reporters that those who do not agree with “the majority” are exhibiting “an extreme way of thinking” and must be treated as a threat.

During an exchange on abortion laws, Karine Jean-Pierre stated “When you are not with where the majority of Americans are, then, you know, that is extreme. That is an extreme way of thinking.”

Reporters pushed for more clarification on what exactly ‘extreme’ is and who the label applies to:

Branding your political opponents as extremists is unifying:

Of course, extremists on the left are not part of the conversation:

Everything that Republicans propose is now apparently extreme.

This aggressive push comes in the wake of Biden labelling half the country “semi-facist” and telling them that they’re going to need more than guns to take on his government.

Republicans Pull Ahead Of Democratic Incumbents In Nevada Statewide Races