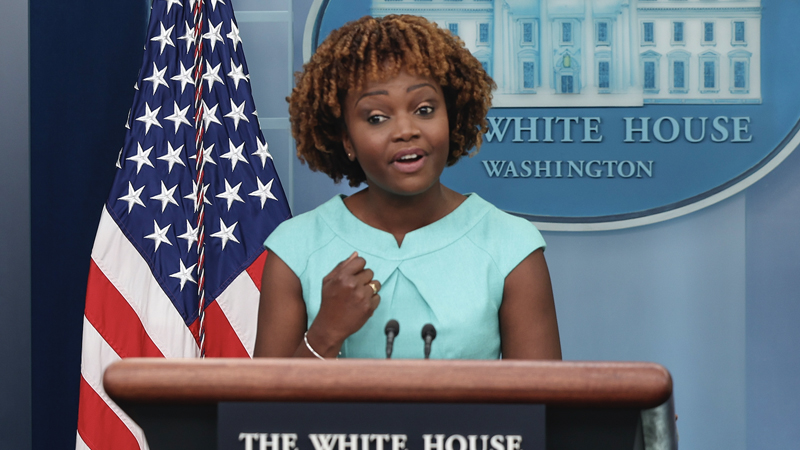 A reporter asked Tuesday if Biden thinks “Republican voters who do agree with the former president” are the “MAGA Republicans” that he said are a “threat to Democracy.”

A reporter asks about if Biden thinks “Republican voters who do agree with the former president” are the “MAGA Republicans” that he said are a threat to Democracy.

Biden didn’t mention any office holders or elected officials by name during his speech, he only mentioned “Donald Trump and the MAGA Republicans.”

“As I stand here tonight, equality and democracy are under assault. We do ourselves no favor to pretend otherwise,” Biden stated. “There’s no question that the Republican Party today is dominated, driven and intimidated by Donald Trump and the MAGA Republicans. And that is a threat to this country.”

But the political backlash from Biden’s divisive speech has been so severe that even Biden himself walked back his remarks just a day later.

“I don’t consider any Trump supporters a threat to the country. I do think anyone who calls for the use of violence, refuses to acknowledge an election…changing the way you count votes, that is a threat to democracy.”

@FreeBeacon: Doocy: “Do you consider all Trump supporters to be a threat to the country?”

Biden: “I don’t consider any Trump supporter a threat to the country.” pic.twitter.com/yldKumrkEc

On Sunday, Biden also shifted his messaging to claim that “MAGA proposals”, not supporters, are actually the threat to democracy.

It seems the Biden regime is aware that the majority of Americans believe the speech was designed to “incite conflict,” according to a Trafalgar Group poll.

Nurse in Germany Who Reportedly Injected Up to 8,600 Elderly Patients With Saline Solution Walks Free From Court