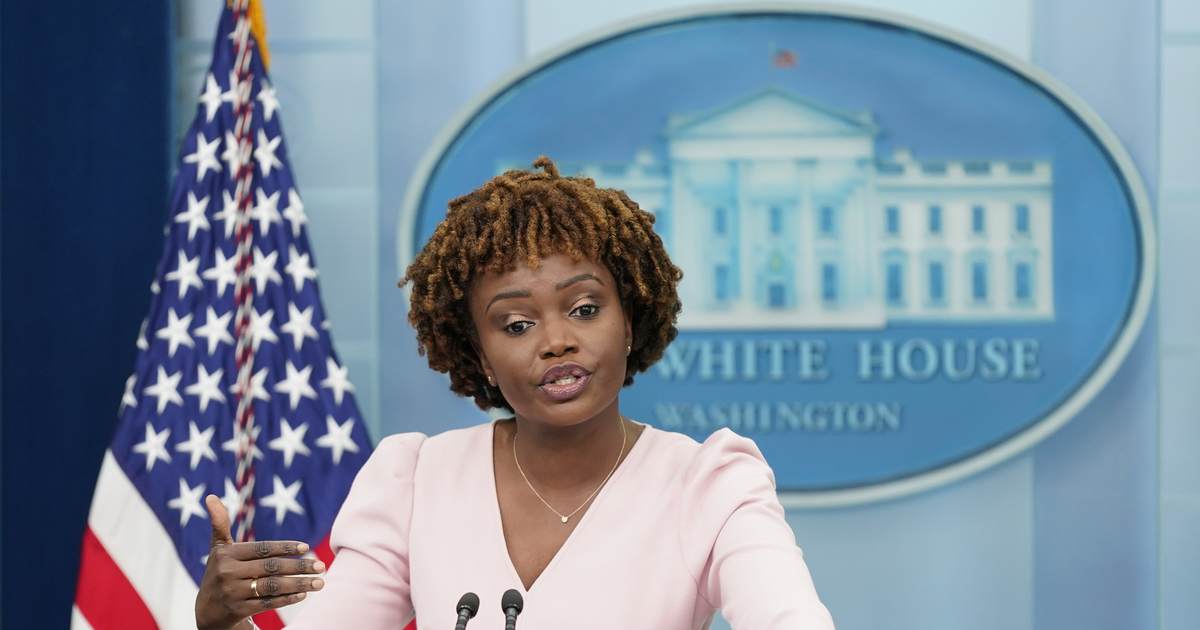 As we reported, Joe Biden’s speech was so over the edge that it even prompted criticism from CNN. Although to be fair, they also softened the red lighting on the video feed as well, to try to make Joe’s backdrop look a little less evil. No one on the Biden team seemingly had enough sense to know how that would come across–on top of declaring millions of Americans essentially enemies of the state.

Even MSNBC grilled White House Press Secretary Karine Jean-Pierre on it, asking if it was true what House GOP Leader Kevin McCarthy said about Joe Biden owing “half the country an apology.”

KARINE JEAN-PIERRE: “I’ll say this, look, the president was very clear. All you have to do, again, folks need to watch his speech.” pic.twitter.com/iysSknB3QO

Jean-Pierre’s response was one trainwreck of a response, “I’ll say this, look, the president was very clear. All you have to do, again, folks need to watch his speech.” She also called the speech “impowerful” which, last time I checked, wasn’t a word. I guess it’s like Joe Biden’s “expodentially.”

Naturally, she deflected, as she often does. She even encouraged people to listen to the speech, which is a bad move, when even Biden is backtracking from it. She never gives a straight answer about anything. But what struck me was that she didn’t say, “No, Biden doesn’t need to give an apology.” I mean, they lie about so much, why not say that? Yet, she didn’t; she just deflected.

She did the same thing when CNN’s Poppy Harlow asked her if Joe Biden owed an apology to MAGA Republicans for calling them “semi-fascists” earlier in the week. “It’s not just — it’s not just Trump. It’s the – it’s the entire philosophy that underpins — it’s — I’m going say something — it’s almost like semi-fascism, the way in which it deals,” Biden said.

Notice he wasn’t calling “violence” “fascist”; he was calling the very idea of wanting to “Make America Great Again” “semi-fascist.” That’s not only defaming millions of Americans, but it’s a window into his fascist soul and how he doesn’t operate from the philosophy of doing what is best for this country. KJP deflected when Harlow asked about that Biden comment, talking about Jan. 6.

But KJP didn’t say no, she just avoided the question. So, either she’s just always in that mode, or maybe even she can’t bring herself to say “no” and lie that much, because she knows what he did was so wrong.

If you notice, she’s now developed a couple of new “tells” when she’s about to gaslight you, “Let me answer it this way” or “I’ll say this.” This is a bit like Joe Biden’s “Not a joke” for things that you know are just nonsense.

Whatever she was thinking, she can’t clean up Biden trying to divide the nation to deflect from his failures.

After Biden Buys Votes With Loan Bailout, SCOTUS To Weigh In

For Artists, The First Amendment Protects The Right Not To Speak