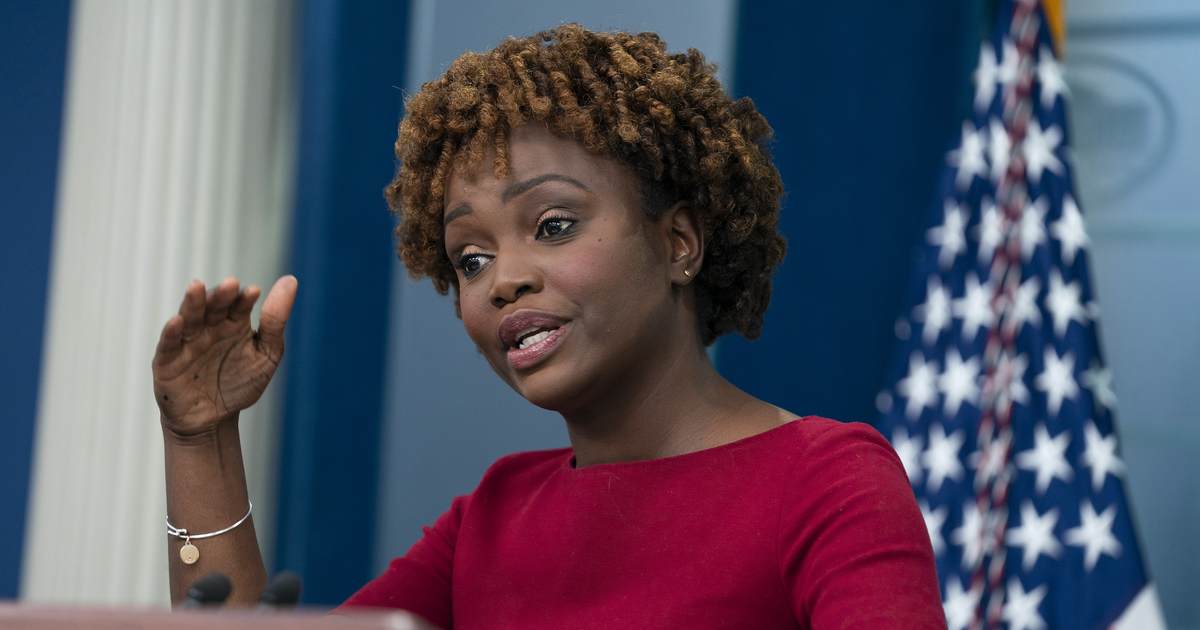 The White House and Press Secretary Karine Jean-Pierre don’t care much about the truth. All they care about is saying things that sound good to help them hold onto their power, even if they have no relation to reality. Holding onto power is always the goal. So when Joe Biden had a primetime spot to talk to the American people, he didn’t talk about the concerns that are affecting the American people like inflation, as Sen. John Kennedy (R-LA) observed. Instead, Biden attacked millions of Americans, dividing the country against itself to deflect from his failures, because the Democrats have nothing else to run on but hatred.

Karine Jean-Pierre was part of this whole tactic, justifying Biden’s attack on MAGA Republicans by saying if they don’t agree with the majority, they are extremists. How wrong, unhinged, and concerning is it to have that as the definition of extremist?

When Jean-Pierre was asked about Biden’s speech that we paid for him to give, supported by our military members behind him at Independence Hall, she dared to claim that the speech wasn’t political, despite his attack on the voters of his political opponent and despite him pleading with people to “vote, vote, vote.” “Standing up for democracy is not political,” she claimed in a completely bizarre interpretation of “political” not to mention “standing up for democracy.”

Karine Jean-Pierre defends Biden’s politically charged speech: “Standing up for democracy is not political. — The presence of the marines at the speech was intended to demonstrate a deep & abiding respect the President has for these service members.” pic.twitter.com/Zp3LVpQrHi

KJP claimed that Biden gave an important speech on “our values” that she said the military members “believe in as well.” That’s simply shameful, suggesting that the military would be on board with anything he said, particularly attacking millions of Americans who they are sworn to protect. They owe their allegiance to the Constitution, not his hatred of MAGA Republicans. Indeed, many of the military are likely the MAGA people who he was attacking.

But then Jean-Pierre told the biggest cock and bull story of why the Marines were there, “The presence of the marines at the speech was intended to demonstrate a deep and abiding respect the President has for these service members, to these ideals, and the unique role our independent military plays in defending our democracy, no matter which party is in power.” She claimed that it wasn’t unusual to have the military present at speeches, which of course is a lie because they’re not supposed to be involved in political events. Jean-Pierre was essentially admitting it was purposeful to have them there and they’re being used as political props. That’s completely inappropriate and the opposite of respect for them.

Biden pretends to respect the military but as we’ve noted when it comes down to his interests or his power, that trumps everything. We saw that with how he treated the families of those American military members killed during the suicide attack on the Kabul airport, killed because of Joe Biden’s incompetence. He treated them shamefully, looking at his watch multiple times, during the dignified transfer ceremony when the bodies of the dead were received home, talking about his son to one of the mothers rather than her son who had been killed. He didn’t speak to any of the families on the one-year anniversary or personally make any public statement. Instead, all the White House did was release a written statement. Why? Because he wants to forget the Afghanistan debacle. Any public recognition of the people who died would raise questions about his failures. That’s how much he respects the military and it’s shameful that once again he’s treating them badly with this speech.

Another 911 call at yet another abortion clinic

The Invisible Whiteness of Being: Cultural Appropriation and The Little Mermaid | Human Events