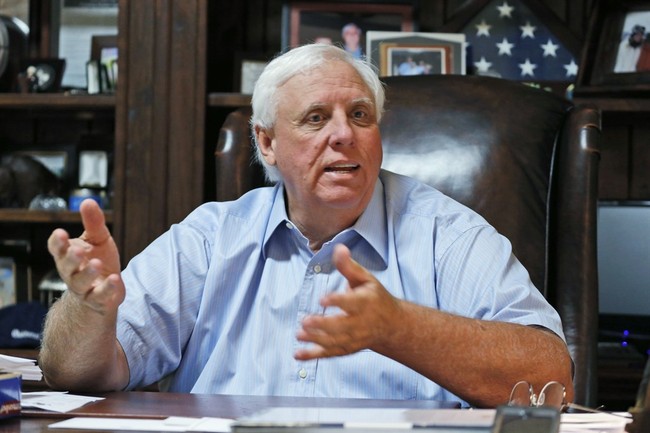 West Virginia Gov. Jim Justice, a Republican, said on Tuesday that he is “seriously considering” running against Democratic Sen. Joe Manchin for the U.S. Senate in 2024.

Justice made the announcement in a COVID-19 pandemic briefing this week.

“I have not made a final decision yet,” Justice said in the briefing. “But, I promise you irregardless to whatever I do, I’ll be your governor the next two years.”

“I’m not going to sit around and just hang out. I don’t believe in that. I’ll be your governor,” he added. “I truly believe the people in the great state of West Virginia are with me in whatever decision I make. I’m sure they’ll be right with me, as they know without any question, I’ll be right with them.”

He added that his constituents will “know real soon” if he decides to run for Senate, as he is currently “thinking, planning and discussing” it with his family.

Last week, Republican Rep. Alex Mooney (R-WV) announced that he would be seeking the GOP nomination for the Senate seat in 2024, which Townhall covered.

“West Virginia values are at risk in this country. We’re bankrupting America. I want to be a part of the solution there,” Mooney said in a radio interview on MetroNews “Talkline.”

“I’m announcing right now that I am officially running for the United States Senate for the seat that’s open in two years that Joe Manchin currently is in and I’m all in,” he said, adding that he was “not happy with the U.S. Senate results” in the midterm elections.

“Republicans need to take the West Virginia seat in two years for the sake of this country,” Mooney continued, “I think he’s [Manchin] a liberal Democrat and West Virginia doesn’t deserve that anymore and it has to be changed.”

In an interview with the Associated Press, Mooney said “I think I’ll defeat him [Manchin].”

“Obviously, he’s been around for a long time, met a lot of people, has a lot of money,” Mooney added. “I just want to make my intentions known to anybody, including Joe Manchin himself.”

And, West Virginia Attorney General Patrick Morrisey told supporters in a letter last week that he is considering running for office. He did not specify if the run would be for governor or U.S. Congress.

“I wanted to alert a lot of my supporters that I’m going through a process,” Morrisey told Fox News in a statement. “I’m seriously evaluating a run for the U.S. Senate and governor.”

“We’re gonna take the time, we’re gonna listen to people and we’re gonna do this the right way.… We have the strongest record of conservative accomplishments of any potential candidate in West Virginia, and I feel good about that. I just wanted to make sure a lot of our supporters were reminded of that fact after the election,” he added.

Manchin told Fox News that he has not made a complete decision yet on if he will run for reelection in 2024.

“But the bottom line is, I’ve always intended whenever I make a decision, it’s never been based on who’s running against me or who is likely to run against me, or who announces they’re against me. I’ve never made a decision based on any opposition,” he said.

Democrats Should Work with ‘Decent Republicans’ to Thwart McCarthy’s Speakership