We Should Have a ‘Distrust, but Verify’ Approach to All Government Agencies – RedState 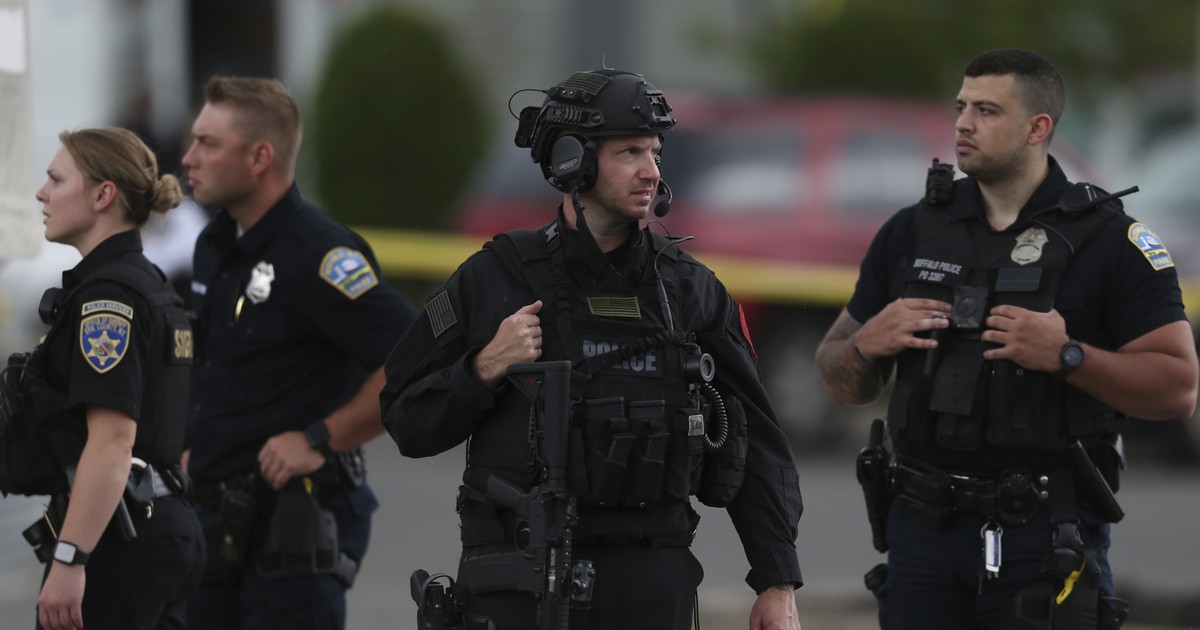 After the FBI’s search of the home of former President Donald Trump, conservative politicians and members of the chattering class placed the Bureau straight in their crosshairs. The agency is under increased scrutiny because of its apparent political bias, especially against Trump.

During a Sunday appearance on ABC’s “This Week,” Rep. Michael McCaul (R-TX) laid out the situation expertly, reminding viewers of the many instances in which the FBI and the Department of Justice (DOJ) went after Trump, pointing out that many conservatives have a “distrust but verify” stance on both agencies.

“There is a legal side of this as a former federal prosecutor, and there is a perception. The perception is, what a lot of Republicans I know see — on the heels of the Russia investigation, the Steele dossier — there’s a certain distrust but verify attitude when it comes to the Department of Justice and the FBI, and it frankly saddens me because as an alumni of DOJ, I hate to see people’s faith in our institutions being weakened. I have a lot of questions. Why didn’t they enforce the subpoena before they did this unprecedented search warrant on a former president of the United States? This will all come out factually as this case moves forward.”

When the host asked him about Trump storing classified documents at his home in Mar a Lago, McCaul responded:

“I have lived in the classified world most of my professional career. I personally wouldn’t do that, but I’m’ not the President of the United States. He has a different set of rules that apply to him. The president can declassify a document on a moment’s notice. We don’t have all the facts.”

McCaul’s sentiments were spot on. As conservatives who abhor government overreach, we should always have a suspicious view of state agencies.

But this should not only apply to the FBI, which has a history riddled with corruption. We should have this attitude toward state and local law enforcement agencies as well.

In the past, the conservative intelligentsia has largely ignored corrupt conduct among local and state law enforcement officials, while the left has only focused on these issues when they are able to exploit them to push their “America is racist” propaganda. But if anyone should be paying attention to these issues, it’s the folks who claim to care about limited government.

Let’s take police brutality, for example. The activist media only blows up cases in which an officer unjustly shoots and kills black men. They seize on these incidents to further their agenda. After the murder of George Floyd, they supported the “Defund the Police” movement, which resulted in skyrocketing crime rates.

But when folks like Daniel Shaver, Ryan Whitaker, and Ashli Babbitt were unjustly shot and killed by police, they barely merited a mention in national media. Why? Because they were white, which means they could not exploit it to demonize police as racist. In Babbitt’s case, she also had the wrong politics.

Each of these incidents was an example of government officials with guns abusing their power. Even worse, those in charge protected the individuals who committed these acts. This is the type of behavior that should enrage folks who want the state to be limited so that it can not engage in this type of tyranny.

However, shootings are only one example. What about civil asset forfeiture? This is a practice that has been abused time and time again, but it doesn’t typically make the news. Indeed, some have argued that the practice should not be legal in the first place.

In 2018, a state police officer in West Virginia used civil asset forfeiture to steal $10,000, along with a smartphone and gift cards, from a couple. From the report:

On June 9, Tanya Smith — who was almost eight months pregnant — and [husband Dimitrios] Patlias were headed to the Hollywood Casino in Jefferson County. They had capitalized on several promotional offers and had 13 and 14 (respectively) $100 gift cards on them, along with the cash.

The trooper pulled them over, Smith said in an interview, and ranged from accusing them of smuggling cigarettes, to having drugs in the car, to gift card fraud. After searching the car, their persons, and Smith’s purse, the trooper let them go with a uniform warning citation.

However, he also took the $10,478 in cash, the 78 “gift cards” in the car, and Patlias’ smartphone, according to a property disposition report. Smith said 27 of those cards were gift cards, the rest of them were the kind of rewards program cards you get from any chain business.

Patlias and Smith wound up returning to their home in Egg Harbor City, New Jersey, stripped of all their cash but $2, without ever having been charged with a crime.

Believe it or not, this happens more often than you might think. Indeed, even in cases in which someone is charged but not prosecuted, the authorities can hold on to any property they claim was used in the commission of a crime. In order to retrieve one’s property, they have to go through a lengthy legal process and, in most cases, spend money to pay a lawyer to represent them.

Let’s also not forget the conduct of the police officers who abused people who violated onerous COVID-19 restrictions. Last year, a former Colorado State Patrol trooper was handcuffed and detained in front of his six-year-old daughter for the crime of playing softball with his child on an almost-empty field. ABC News reported:

Mooney said he told officers that he was familiar with the posted rules and believed he and his family were in compliance and practicing proper social distancing. He said he refused to provide his identification when officers asked for it because he had not broken any law.

“Well, they didn’t like that idea. They then proceeded to make a threat against me saying, ‘If you don’t give us your identification, if you don’t identify yourself, we’re going to put you in handcuffs in front of your 6-year-old daughter.’”

The Brighton Police Department later apologized for the incident. Nevertheless, there were plenty of other similar stories that popped up across the nation during the pandemic.

We already know the left does not take corruption in law enforcement seriously unless it serves their political ends. But as conservatives, we should be the adults in the room and hold our government officials accountable – especially the ones that carry guns and have been granted the authority to violate our rights when they deem it necessary. This is what it means to be for limited government: Having a healthy distrust of all agencies with this power.