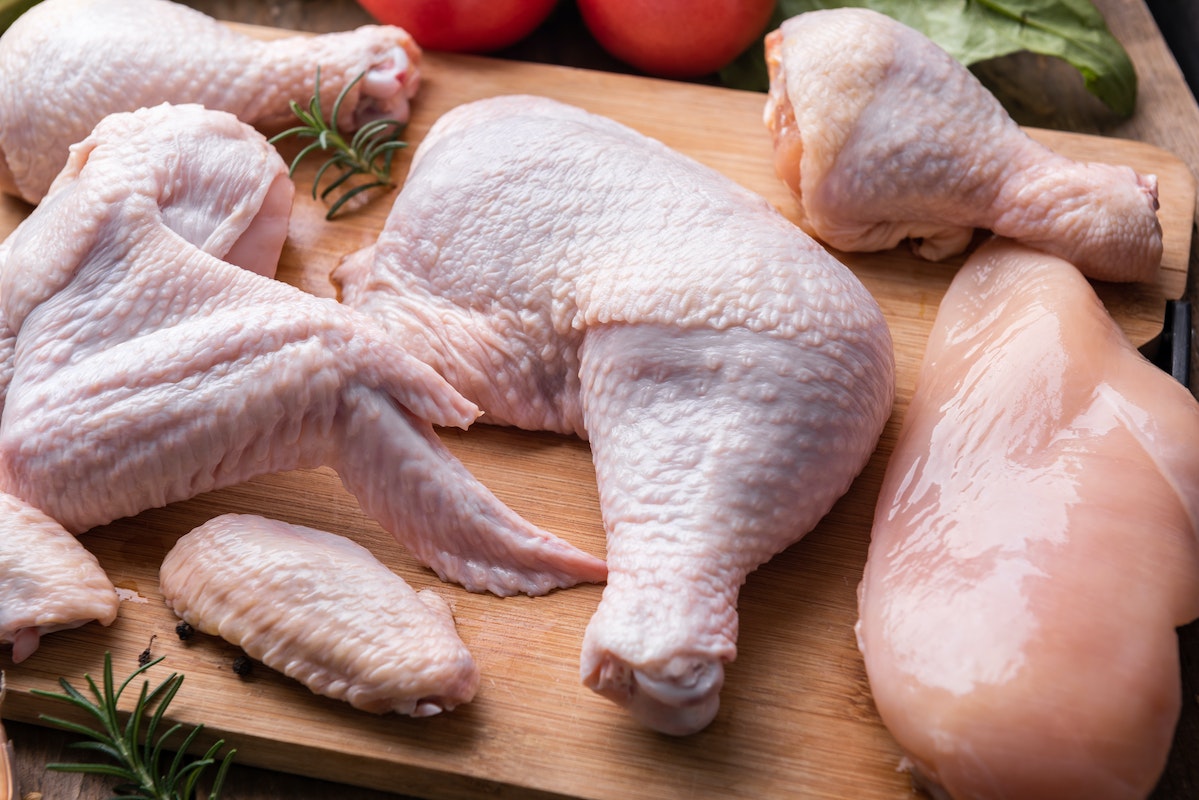 The Food and Drug Administration (FDA) is warning against cooking raw chicken in cough syrup.

The warning was prompted by a new social media trend in which people record themselves cooking chicken in NyQuil for online clout. The FDA calls the challenge “silly and unappetizing” and “very unsafe.” It can also produce toxic fumes.

“Boiling a medication can make it much more concentrated and change its properties in other ways. Even if you don’t eat the chicken, inhaling the medication’s vapors while cooking could cause high levels of the drugs to enter your body. It could also hurt your lungs,” says the FDA.

The FDA has previously issued warnings about ingesting cold medicine in social media challenges. A 2020 TikTok challenge encouraged people to take diphenhydramine, which can alleviate allergy and cold symptoms, to induce hallucinations. The agency warned that some people who were participating in the challenge landed in the emergency room or died.

“If someone takes too much diphenhydramine and is hallucinating, can’t be awakened, has a seizure, has trouble breathing, or has collapsed, immediately get medical attention or contact poison control,” the FDA said.

Dangerous video challenges have been attributed to social media for years. One teen suffered second-degree burns when people started challenging each other to light themselves on fire (“The Fire Challenge”) with rubbing alcohol in order to try and put out the flames before getting seriously injured. Another boy was injured with cold burns after rubbing himself with salt and applying ice cubes to himself (“Salt And Ice Challenge”) in an attempt to see how long he would last. Another doctor warned in 2013 against inhaling condoms through your nose (“The Condom Challenge”) to pull them back out of your mouth. Last summer, two sets of parents filed a lawsuit against TikTok for allegedly participating in a choking challenge (“The Blackout Challenge”) in which people strangle themselves until they lose consciousness.

The 2018 Tide Pod challenge — perhaps the most infamous of all social media challenges— erupted when teenagers started putting laundry detergent pods in their mouths. The challenge sparked concerns at Tide, which recruited social media influencers to convince people to stop doing it.

“What the heck is going on people,” Patriots tight end Rob Gronkowski said in a video. “Use Tide pods for washing. Not eating.”

What should Tide PODs be used for? DOING LAUNDRY. Nothing else.

Eating a Tide POD is a BAD IDEA, and we asked our friend @robgronkowski to help explain. pic.twitter.com/0JnFdhnsWZ

Over 12,000 people called Poison Control in 2017 to report the consumption of Tide Pods. The figure was 14% down from 2015, when a peak of 14,349 people called poison control with Tide Pod concerns, according to The Washington Post.

Protests Spread in China as People Demand ‘Freedom,’ Call for Xi and CCP to ‘Step Down’ – RedState