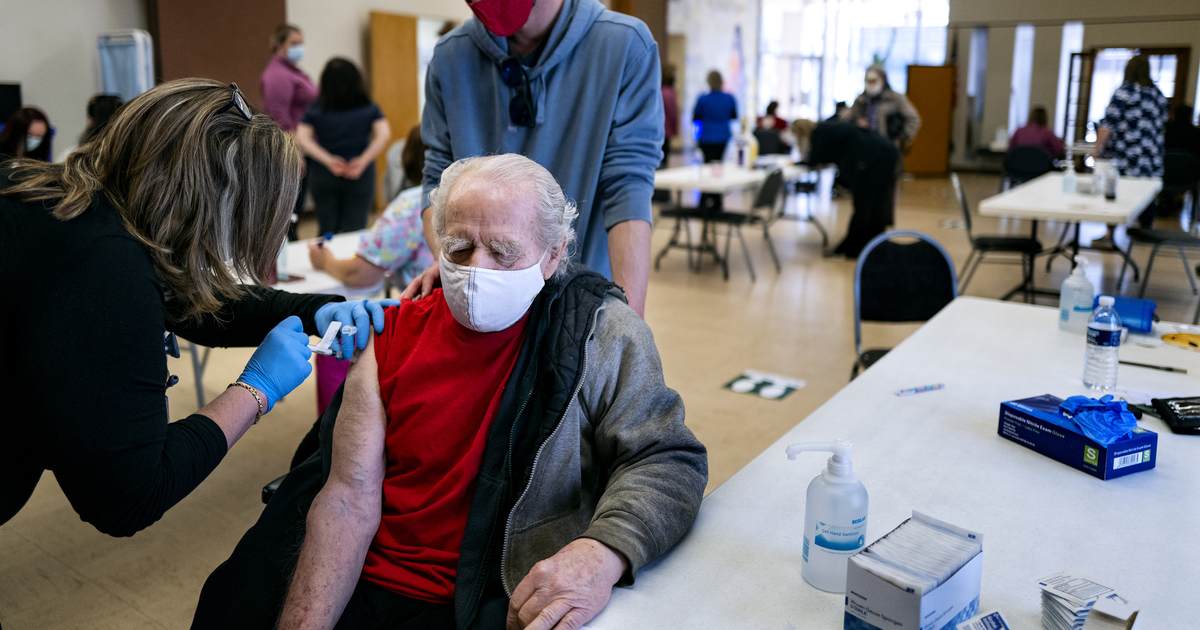 Vaccine hesitancy is a big problem, according to the Biden administration.  Less than half the public is fully vaccinated while about 56 percent have received at least one jab.


The goal of fully vaccinating the American public appears to have stalled. This should not surprise us. When the vaccines were first approved for emergency use back in December 2020, 40 percent of Americans expressed skepticism about the vaccine.

Trying to shame the holdouts has failed spectacularly. Insulting and degrading them as “morons” or “ignorant” has resulted in a vicious pushback and a hardening of positions on getting vaccinated.

The administration’s plan of sending people door to door to vaccinate them only feeds anti-vaccine skepticism. Trust in authority is at an all-time low, which makes a government-sponsored vaccine program suspect.

Still, most experts agree that some people who should be getting vaccinated aren’t doing so. But the root cause isn’t ignorance or a belief in conspiracy theories. An MIT study on the problem revealed some surprising results.

Proponents of the vaccine are unwilling or unable to understand the thinking of vaccine skeptics — or even admit that skeptics may be thinking at all. Their attempts to answer skepticism or understand it end up poisoned by condescension, and end up reinforcing it.

Recommended: Just How Angry Should We Be About Biden’s Door-to-Door Vaccine Salesmen?


The condescension is political in nature and crosses party lines. Sometimes, arguments against vaccination are mistaken for irrational thinking.

Sometimes the perception of irrationality is almost accidental, because arguments are usually social interactions, not strictly logical exercises. A vaccine skeptic may brush off a proponent by saying, “It’s approved for emergency use only; it’s not FDA-approved. I don’t think we should require it.” The skeptic is beginning with a fact that’s easily established and shareable. But when pressed, they might reveal that their line of thinking is elsewhere: “There are no long-term studies, and I’m worried about possible long-term effects.” Because the two objections aren’t exactly logically connected, the proponent concludes it is irrationalism all the way down.

But a study done at MIT showed that a substantial portion of public-health skepticism was highly informed, scientifically literate, and sophisticated in the use of data. Skeptics used the same data sets as those with the orthodox views on public health.

The study’s lead author, Crystal Lee, says those same exact data sets can be used by either side to marshal arguments.

The researchers combed through hundreds of thousands of social media posts and found that coronavirus skeptics often deploy counter-visualizations alongside the same “follow-the-data” rhetoric as public health experts, yet the skeptics argue for radically different policies. The researchers conclude that data visualizations aren’t sufficient to convey the urgency of the Covid-19 pandemic, because even the clearest graphs can be interpreted through a variety of belief systems.


“A lot of people think of metrics like infection rates as objective,” says Crystal Lee. “But they’re clearly not, based on how much debate there is on how to think about the pandemic. That’s why we say data visualizations have become a battleground.”

In fact, because of the data sets being used interchangeably, vaccine skepticism becomes logical and rational.

But most vaccine skepticism, if by that we mean reluctance, is not based on conspiracy theorizing — it’s based on risk-benefit calculations. You may think it’s an innumerate calculation. But when you look at patterns of uptake in the United States, two factors stand out, factors that are larger in their effect than partisanship: age and density. The older you are and the denser your community, the more likely you are to be vaccinated. The younger you are, and the more rural your community, the less likely you are to have gotten it. This reflects the real facts about the risk of death from COVID. People may be wildly overestimating their risk from the vaccine and underestimating their risks from COVID — but they have the directional thinking correct. Those who are in less danger, act like it.


A more holistic approach to vaccine skepticism is needed if we are to get everyone who needs to be vaccinated protected. Allowances must be made for the legitimate concerns of citizens who, for their own reasons, don’t want to get jabbed. But if indeed, individuals are doing their own risk-benefit calculations, it would help enormously if the Left would refrain from their sickening condescension toward those with serious, legitimate questions.

Thanksgiving is Daniel Craig’s ‘favorite holiday,’ but he is not a fan of one staple dish

Essential Tips For Finding A Spouse At A Christian College

Bengals Just Happy To Not Be In Ohio