How these Colorado students learn about the Sand Creek Massacre

The Civil War’s Most Interesting General 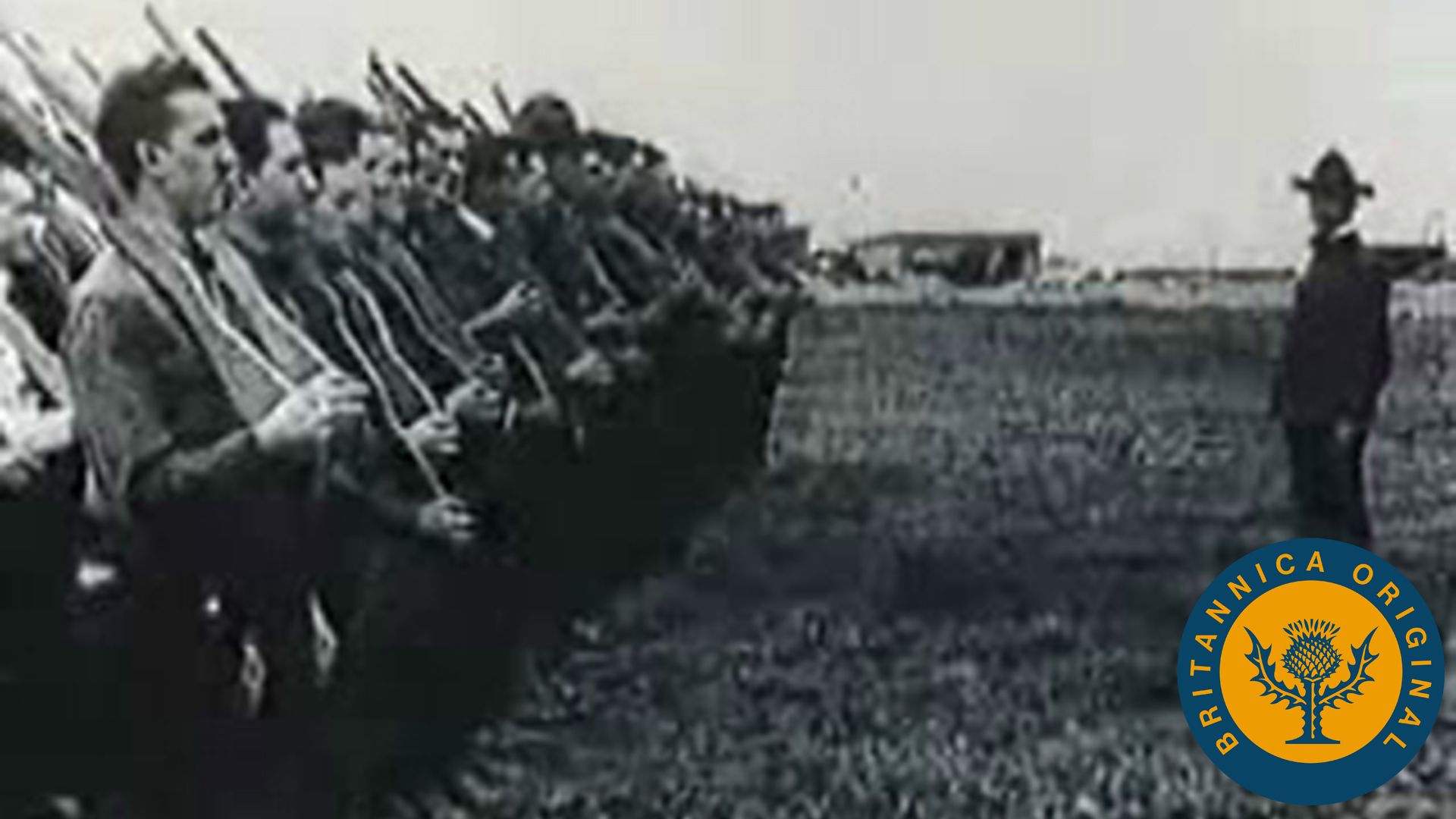 Now the United States began the great conversion to war. It had almost no army at all by European standards, and set out to build one. The first step was a draft law which eventually called some three million young men into service. The United States was faced with an unprecedented problem, raising and equipping an army to be sent across the Atlantic and sending vast amounts of war equipment and supplies to the Allies across the sea. Patriotic feeling was never higher. All over the country people rallied to support the war, buying liberty bonds, contributing to the Red Cross and other relief. Wilson set forth American war aims for all the world to know.

WILSON: We shall fight for democracy . . . for the things we have always carried nearest our hearts . . . for the rights and liberties of small nations . . . for a universal dominion of right . . . to make the world itself at last free.

NARRATOR: As food and goods of war began to flow across the Atlantic on a scale never before seen in history, a powerful psychological weapon was also launched — Woodrow Wilson’s fourteen-point plan for a just peace.

Open covenants, openly arrived at, freedom of the seas, reduction of armaments, equality of trade for all nations, restoration of Belgium, self-determination of peoples with independence and freedom for all, and perhaps most important, a league of nations to prevent future wars. Wilson’s fourteen points demonstrated the power and importance of morale in war. His plan nourished peace sentiment in Germany and Austria that may have hastened their eventual collapse.

Not till the spring of 1918 were American troops ready to go overseas in great numbers. This was the American Expeditionary Force, the AEF, the first American army to fight across the Atlantic. As millions watched anxiously, the United States sent out through submarine-infested waters the biggest fighting force ever to leave its shores. In all, more than two million men were transported, with the loss at sea held to 758, most of them from one ship.

To get troop ships safely to France, British and American fleets developed convoy tactics that at last countered much of the effectiveness of the submarine. Look-outs kept watch for signs of the undersea raiders. An alarm brought gunfire and depth charges [sound of gunfire]. In addition, an allied mine barrier across the North Sea hindered German submarines from entering and leaving their ports [sounds of gunfire]. Under command of General John J. Pershing, the “doughboys” of the AEF, as they were called, began to arrive in France. Their battle cry was “Lafayette, we are here!”

It brought new life to the nearly exhausted French.

New Jersey’s Oldest Military Base in Morris County is Amazing

Thanksgiving in America: A Rich History