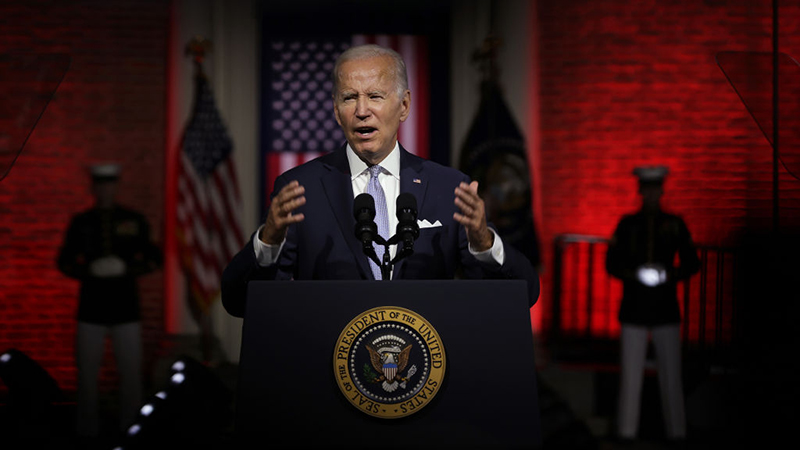 Standing in front of a blood red background and marines used as props Thursday, Joe Biden declared that his political opponents and those who support them are dangerous extremists that threaten the existence of the country.

Biden proclaimed that “MAGA Republicans… embrace anger. They thrive on chaos. They live not in the light of truth, but in the shadow of lies,” while also stating that wants the country to unite.

“Donald Trump and the MAGA Republicans represent an extremism that threatens the very foundations of our republic,” Biden again stated, adding that “They fan the flames of political violence.”

Biden also claimed “MAGA Republicans do not respect the Constitution, they do not believe in the rule of law … They promote authoritarian leaders.”

Everything about Biden’s speech was completely Orwellian, including the idea that “America’s economy is faster, stronger than any other advanced nation in the world.”

It was all too much for one person in attendance:

Many on social media referred to the dark optics of the speech: