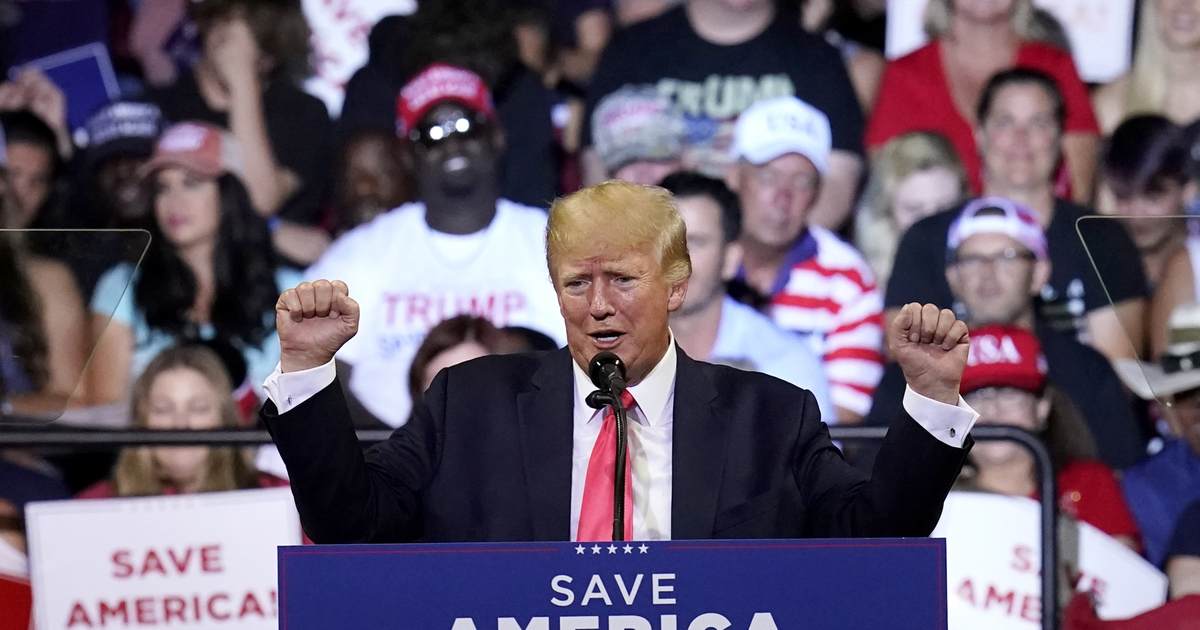 Former President Donald Trump shared a Breitbart story to Truth Social on Monday that provides another clue that he is likely to run again in 2024.

The article, which was published on July 25, focuses on close Rep. Jim Jordan’s (R-Ohio) remarks to the outlet that he would strongly back a re-election bid by Trump.

“I’ve been for that. Since he left on January 20th, I wanted him to run in 2024. I think he’s going to. I think he is the right candidate,” Jordan told SiriusXM’s Breitbart News Sunday at the time.

As the former president has been extremely active in politics since leaving office, mostly by endorsing candidates and holding rallies for them, it’s not surprising that he is toying with the idea of a second term. It’s clear that he still enjoys campaigning, especially with large rallies, like the one he held in Wilkes-Barre, Pennsylvania last week to support gubernatorial candidate Doug Mastriano and senatorial candidate Mehmet Oz.

Although he’ll probably hold out until after the midterms in order to announce his decision, outlets such as The Washington Post have speculated in July that he could do so before then.

A recent Emerson College poll of 1,000 registered voters from Aug. 23 to 24 has President Joe Biden polling at 43 percent, and Trump at 42 percent in a potential rematch. Within the Republican Party, Trump still tends to lead primary polling by a hefty margin with Florida Gov. Ron DeSantis in second place.

However, in the event that Trump runs again, almost no Republicans would be able to mount a serious primary challenge. Even if outgoing Wyoming Rep. Liz Cheney decided to toss her hat into the ring, she would see more success by running as an independent and eating into an unsatisfied moderate Democrat sector of voters.

If he waits until after the midterms, a major indicator of his potential success will be how his slate of candidates perform nationwide, particularly in battleground states. Of course, there’s an individual’s campaign strategy that will carry most of the weight, but the Trump factor still looms large.

While his post on the Breitbart story could be a serious clue into a potential 2024 bid, nobody will know for sure until he officially announces. Trump is famously unpredictable, so anything could happen in the coming months.

Barbarians At The Library Gates