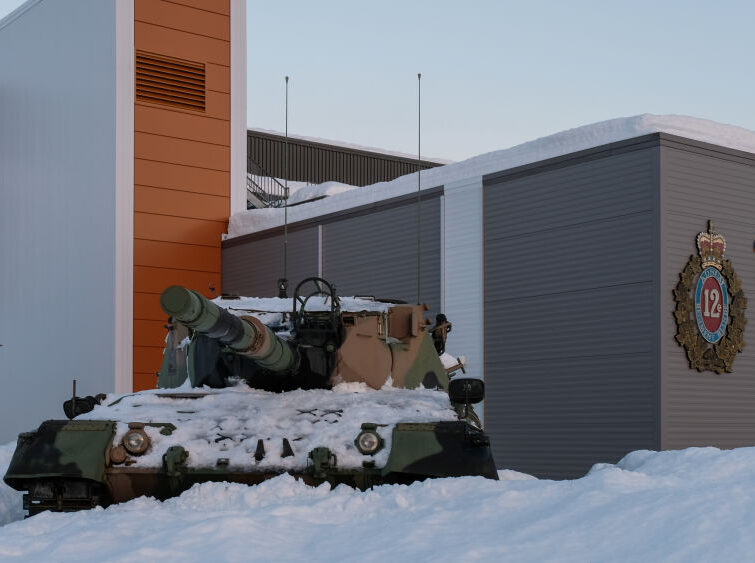 Messages between Canada’s Justice Minister and Public Safety Minister have revealed the pair discussed deploying the Canadian army during the Freedom Convoy protests earlier this year, but the politicians involved insist the messages requesting armour on the streets were just an attempt at humour.

The text messages between Justice Minister David Lametti and Public Safety Minister Marco Mendicino were revealed on Wednesday during the final week of the public inquiry on Prime Minister Justin Trudeau’s use of the Emergency Act in February.

The messages, dated February 2nd, show Minister Lametti telling Minister Mendicino, “you need to get the police to move. And the CAF [Canadian Armed Forces] if necessary. Too many people are being seriously adversely impacted by what is an occupation. I am getting out as soon as I can.”

“How many tanks are you asking for,” Mendicino responded and added, “I just wanna ask Anita [Defence Minister Anita Anand] how many we’ve got on hand.” Lametti then stated, “I reckon one will do!!”

Lametti testified in front of the inquiry on Wednesday, the CBC reports, and brushed off the texts, claiming they were banter and stated, “There will be occasional attempts at bad humour.”

Other texts for Lametti, who serves as Attorney General of Canada, however, showed suggested invoking the Emergencies Act as early as January 30th, two weeks before Prime Minister Justin Trudeau invoked the act for the first time in Canadian history on February 14th to break up the Freedom convoy protests in Ottawa.

Minister Lametti also defended the government’s use of the Emergencies Act but declined to give any details on what legal advice the government was given, claiming it violated solicitor-client privilege.

The use of the Emergencies Act saw many connected to the protests have their bank accounts frozen, while others were forced out of the downtown core of Ottawa by riot police and many others were arrested, including Freedom Convoy organiser Tamara Lich.

Earlier this week, Canadian Security Intelligence Service (CSIS) Director David Vigneault stated that while he supported the use of the Emergencies Act, he did not believe the protests constituted a threat to Canadian national security under the CSIS act.

Canada’s Justice Minister David Lametti has told Trump supporters who donated to the “Freedom Convoy” to be worried about accounts frozen. https://t.co/OLTAfZBv8G

During the protest, Prime Minister Trudeau also highlighted the appearance of a Nazi party flag seen among the protestors in Ottawa and even accused Conservative Party MPs of standing along with those who wave Nazi flags.

“Conservative Party members can stand with people who wave swastikas. They can stand with people who wave the Confederate flag,” Trudeau said of conservatives who expressed sympathy with the Freedom Convoy protestors and added, “We will choose to stand with Canadians who deserve to be able to get to their jobs, to be able to get their lives back. These illegal protests need to stop, and they will.”

On Monday, Freedom Convoy lawyer Brendan Miller claimed that he knew the identity of the man who was flying the Nazi flag, identifying the man as Brian Fox of the communications firm Enterprise Canada. Enterprise vehemently denied the allegations and claimed they would be seeking legal action over claims of libel.

Politicians in the United States and around the world condemned the Canadian government after it announced it would use anti-terrorism laws to quell a peaceful protest of its own citizens. https://t.co/RBsMu351Pa