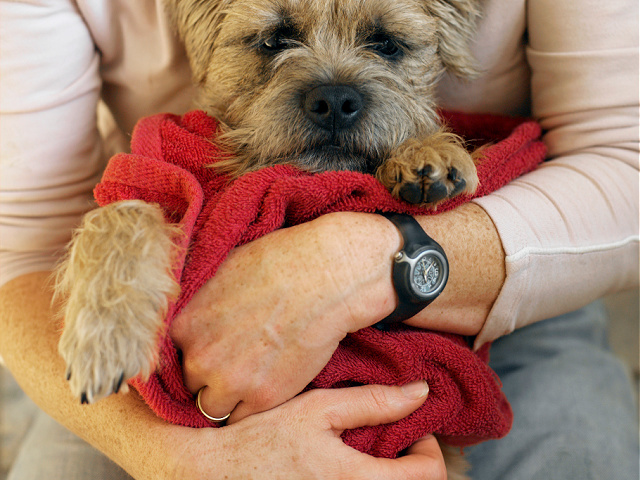 A tiny dog that disappeared as a puppy nearly 12 years ago was incredibly reunited with its owner last week.

The border terrier — named Missie — was bought by Liz Eldridge — an NHS worker in the U.K. — to give to her son as a birthday present. Unfortunately, the small pup went missing in February 2011.

Believing Missie had been stolen, Eldridge searched all over the Hertfordshire countryside region, chasing down countless leads and hoping she would still be alive. But after eight years of searching, she eventually gave up.

Then on November 15, an unknown individual miraculously found the tiny pooch and brought her to a dog warden, and it was eventually returned to Eldridge.

According to the Metro, the dog was confirmed to be Missie because she still had a microchip implanted into her that could be traced back to the original breeder’s name.

While Eldridge was elated to be reunited with Missie, she noted that the canine was in rough shape and suspects it may have been abused.

“She had obviously been used constantly for breeding and was very nervous and timid,” Eldridge told the Metro. “We believe she had been kept on a chain and beaten. Every time I went to put a lead on, she was so scared.”

Despite the hardships over the past 12 years, Missie is slowly showing signs of improvement, Eldridge noted.

“Her tail is starting to wag and hopefully she’s beginning to realise she’s back home safe and sound,” she said.

Tell Your Senators ‘Do Not Vote for This’