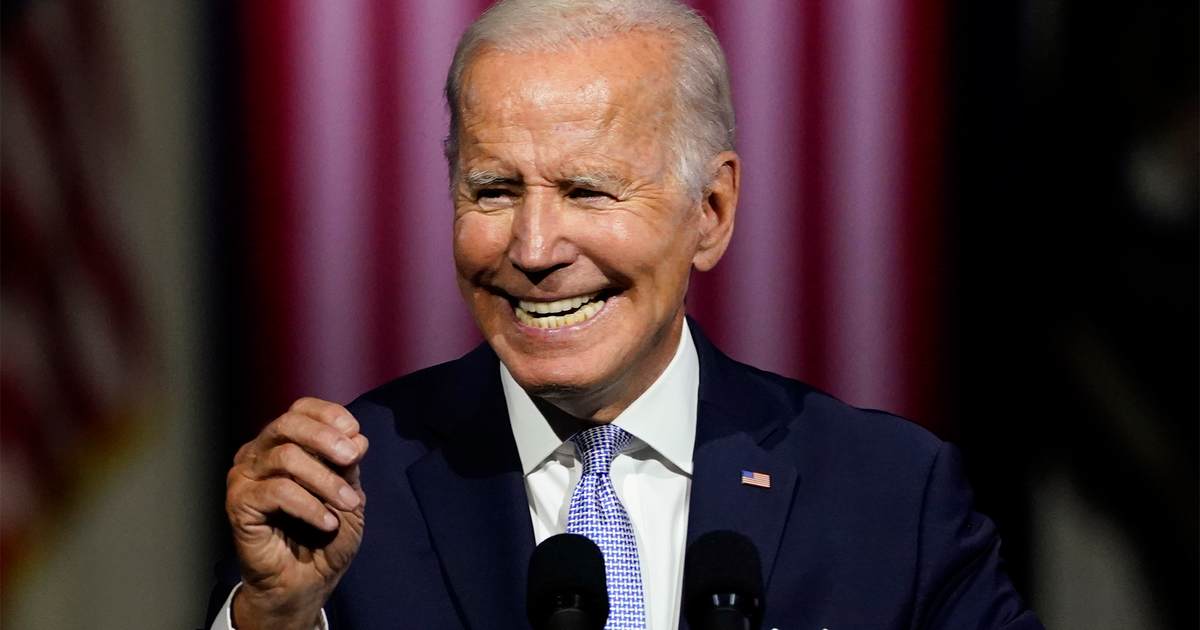 Joe Biden’s prime-time address from Philadelphia — outside of Independence Hall where the Declaration of Independence was signed — was designed to arouse either patriotic emotions or paralyzing fear. If Donald Trump had addressed the nation with that hellish backlighting and flanked by two Marine Guards in their dress blues and talked about a “threat to democracy” from the radical left, what do you think the response of the media would have been?


But this was Uncle Joe Biden, the glad-handing old pol who wants to bring us together in one, big, happy country — unless you voted for Donald Trump. Then, you’re a threat and a menace.

Biden gave one of the most incendiary speeches ever given by a president. It was incendiary not only because he mentioned the target of his anger by name — an unusual and nearly unprecedented political move — but because he was well aware of how Donald Trump and his most fervent supporters would react.

In truth, no one living in a democratic republic likes being accused of threatening democracy. But Biden knew that the unhinged supporters of Trump would be absolutely beside themselves. Not surprisingly, he was right.

Biden’s remarks also prompted immediate concerns from senior counterterrorism officials who said they fear that calling Trump supporters extremists would be viewed as a call to arms and would only inflame an already volatile threat environment.

“Too much of what’s happening in our country today is not normal,” Biden said Thursday night at Independence Hall, flanked by two U.S. Marines. “Donald Trump and the MAGA Republicans represent an extremism that threatens the very foundations of our republic.”

His method was unintentionally funny.

Everytime I think Biden and crew can’t be dumber they outdo themselves. Seriously who gives a speech warning people about how dangerous Republicans are to Democracy while having a background that looks like the Soviet Union and Hitler had a baby? pic.twitter.com/sukqTswI3C


Biden’s warnings about threats to democracy are hardly the point. His real goal was to troll the MAGA camp and their leader hoping to provoke violence so he can “prove his point” about Trump.

If it had been the highfalutin speech we were promised, Biden wouldn’t have spent ludicrous time praising himself for things like prescription-drug costs and burn-pit health coverage. No, this speech was nakedly, even comically, designed not to elevate but to offend — to poke and taunt and push his predecessor and his predecessor’s camp followers and acolytes into firing back about how evil Biden is.

Biden wants Trump angry, and loud, and silencing every other voice but his own. It’s not an accident that Biden’s rise and the Democratic enthusiasm surge has come in tandem with Trump once again at the top of the American news agenda over the past six weeks. Biden knows he won in 2020 by successfully making the election a referendum on Trump. Nothing would make him happier than having the 2022 election continue in that vein.

Biden’s strident, hysterical speech accomplished its goal of arousing the extremists on the right and making the president appear to be a soothsayer.

“Users on several far-right and ultranationalist venues made violent threats against President Joe Biden following his speech addressing political extremism on September 1, 2022,” said one of the alerts. “Users advocated for Biden to be murdered and predicted violence if he continues speaking about the topic.”


Biden is no dummy. He immediately began to walk back the most incendiary parts of his speech. His mission was accomplished. By showing some Trump supporters to be unhinged extremists making threats against the president, political independents and even some Democrats who might be inclined to vote against their party in the midterm election, scurry away from Republicans.

“The latest Wall Street Journal poll shows that independents, who favored Republicans by 12 points in March when Trump was out of the news, now prefer Democrats by 3 points,” according to the New York Post.” That’s a huge swing and feeding the uneasiness of independents may allow Democrats to escape the worst of it.

CNN to Be Sold to Fox News? That Would Be Hilarious – PJ Media

How to Get Your Home Ready to Sell

The “Stranger Things” Byers’s Home Is for Sale