The Obama and Biden Camps Have ‘Resentment’ and ‘Jealousy’ – RedState 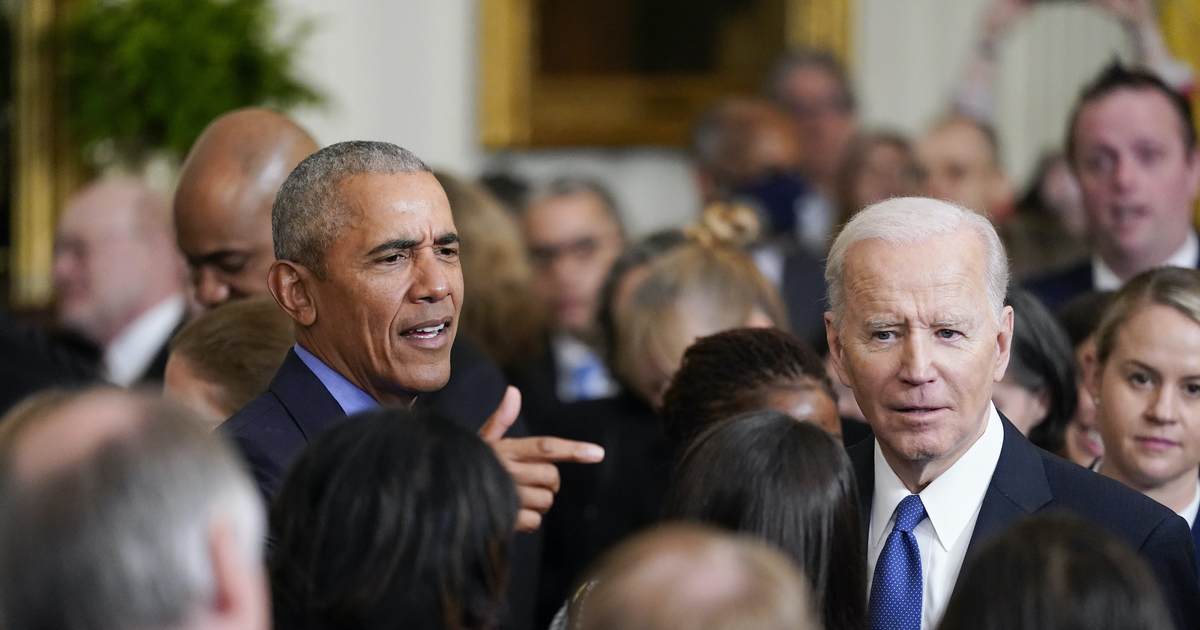 A report by The Washington Post details the tension between former President Barack Obama and President Joe Biden‘s camp. Coincidentally, Obama visited the White House on Wednesday for the unveiling of his official White House portrait.

According to Fox News:

“The report claimed that despite the “bromance” between the two leaders, and the “jovial atmosphere” that seems to accompany their meetings, there is “resentment” between the people in Obama’s and Biden’s camps.”

“When former president Barack Obama returned to the White House for the first time in April, he received a hero’s welcome from Democrats.”

This seems to be what Pager is referring to:

A former president and the actual one posing as one. Totally ignored as others flock to Obama while Biden seemingly lost looks around and wonders…such is the state of the ‘leader of the free world’, we have none. pic.twitter.com/oB66Le6jOM

“Then Obama opened his remarks by saying, ‘Thank you, Vice President Biden.’ President Biden laughed and saluted, and Obama walked away from the podium and gave Biden a hug, vowing he was just making a joke. ‘That was all set up,’ he said,” Pager recounted, though he added, “for some longtime Biden staffers, the zinger punctured the celebratory mood.”

According to WaPo’s White House reporter, Biden’s people were not fond of Obama’s remarks and viewed it as another display of Obama’s conceited self-assurance.

“They saw the quip, intentional or not, as part of a pattern of arrogance from Obama and a reminder of the disrespect many felt from Obama’s cadre of aides toward Biden.”

“Beneath that jovial atmosphere, however, is long-simmering tension, and even some jealousy, between the circles around Obama and Biden. Some Biden loyalists are resentful that Obama didn’t throw his weight behind Biden’s presidential aspirations, complaining that even now Obama’s team does not fully respect Biden.”

On Tuesday, Pager explained that none of the tension “is expected to be on public display Wednesday when Obama and former first lady Michelle Obama return to the White House for a ceremony to unveil their official White House portraits,” and the “atmosphere is expected to be similar to a family reunion, filled with stories, jokes, and affection.”

Pager added that Obama’s decision to delay endorsing Biden until after he became the nominee created “awkward moments.” It’s worth mentioning that before Biden decided to run for President, Obama cast doubt about his vice president entering the 2020 Presidential race.

“In particular, there is still some resentment in Biden’s camp about former Obama White House officials who saw the then-vice-president as a potential political liability.” Providing other examples, Pager stated, “Many remember that some Obama aides tried to argue Biden should be dropped from the ticket in 2012. And there is bitterness toward the Obama staffers who worked to keep Biden from running for president in 2016 so Hillary Clinton would have a path to the nomination.”

However, Pager noted that “a White House official dismissed ‘the idea of any tension’ between the two camps.”

Barack and Michelle, welcome back. pic.twitter.com/wcdBvfMcGg

Tune in as the First Lady and I host former President Obama and former First Lady Obama for the unveiling of their official White House portraits. https://t.co/PbuJ3k5f3b

For those who are curious, these are the portraits:

QUAY: Stay In Your Lane, Physicist. The Universe Isn’t Gay