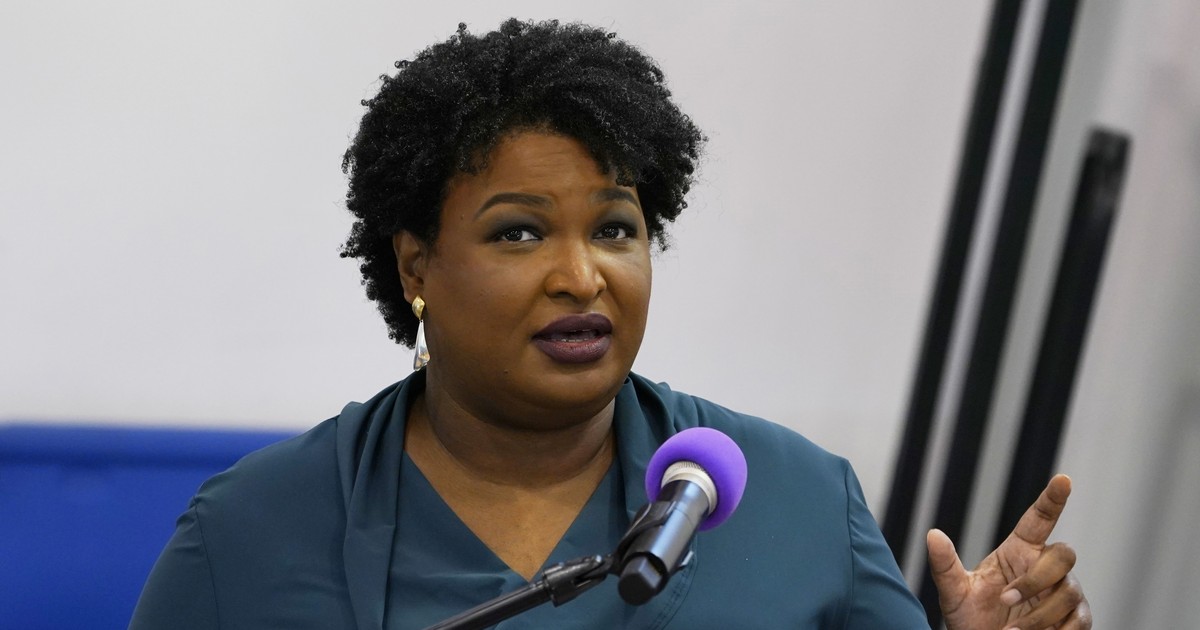 We wrote earlier this month about how, Democrat Stacey Abrams has not been able to recapture the supposed magic of her failed 2018 gubernatorial campaign against then-Sec. of State Brian Kemp, where the mainstream media and her fellow woke Democrats couldn’t crow enough about her so-called “skills” at electrifying and motivating the Democratic vote.

Since we filed that report, a lot has happened – namely, the collapse of Abrams’ campaign as Gov. Kemp has expanded his lead significantly in just two weeks’ time according to RealClearPolitics:

According to @RealClearNews, Brian Kemp has expanded his lead over Stacey Abrams over the last two weeks. Her campaign appears to be on the verge of collapsing. https://t.co/rMWtcz8weH #GAgov pic.twitter.com/6EzCB3GtUM

As to what’s caused Abrams’ freefall, opinions vary, of course. But in my view, one issue is in her continued insistence on playing word games over her refusal to concede the 2018 gubernatorial election to Kemp and how she keeps trying (and failing) to differentiate her claims about a “stolen” election to former President Donald Trump’s, the latter of who has been repeatedly accused by Abrams’ allies in the media and on the left of perpetuating a “Big Lie.”

In a new interview with The 19th, Abrams was asked about Republican accusations against her that she’s a hypocrite when it comes to “stolen” elections. In response, Abrams’ proclaimed it was “wrong” to make the comparison because her claim was totally different than Trump’s or something:

Stacey Abrams on Monday cautioned against conflating her refusal to concede in the 2018 Georgia governor’s race with former President Donald Trump’s false claims of a stolen election, calling the latter wrong and dangerous for democracy.

“I will never ever say that it is OK to claim fraudulent outcomes as a way to give yourself power,” Abrams said. “That is wrong. I reject it and will never engage in it. But I do believe that it is imperative, especially those who have the platform and the microphone, to talk about the access.”

“The issues that I raised in 2018 were not grounded in making me the governor,” Abrams told The 19th’s Editor-at-Large Errin Haines at a Monday event. “Not a single lawsuit filed would have reversed or changed the outcome of the election. My point was that the access to the election was flawed, and I refuse to concede a system that permits citizens to be denied access. That is very different than someone claiming fraudulent outcome.”

The big problem here is that outside of Abrams and a few True Believers on the left, no one is really buying her “stolen” argument anymore. Part of the reason why is, as I’ve said before, now that Democrats have become such election-year absolutists on questioning elections and refusing to accept the results (except when it comes to some they want to question), Abrams’ history has come back to bite her — and them — as Republicans seek to call them out for their hypocrisy. The other reason is that her claims are hot garbage.

Also, perhaps Georgia voters remember that it was Abrams who, in concert with Sen. Raphael Warnock and President Biden, helped sabotage her state right out of the Major League Baseball All-Star game, which was pulled out of Atlanta after woke activists, as well as Abrams, Warnock, and Biden, lied about the 2021 election reforms bill, calling it “Jim Crow 2.0.” Millions in revenue for struggling small businesses was lost in the process.

Stacey Abrams doesn’t deserve the vote of a single Georgian after all that she’s done to vilify her home state, but she’ll get some. But if the polls as they stand now are any indication, it won’t be near enough votes to defeat Kemp who, if he continues on his current electoral trajectory, will beat her by so many votes that there will be no question – not even from Democrats – as to who legitimately won the race.

Flashback: Stacey Abrams Does an Appalling ‘Believe All Women’ Flip Flop in Her Desperate Quest for the VP Nod