The Cake Mary Todd Made To Court Abraham Lincoln 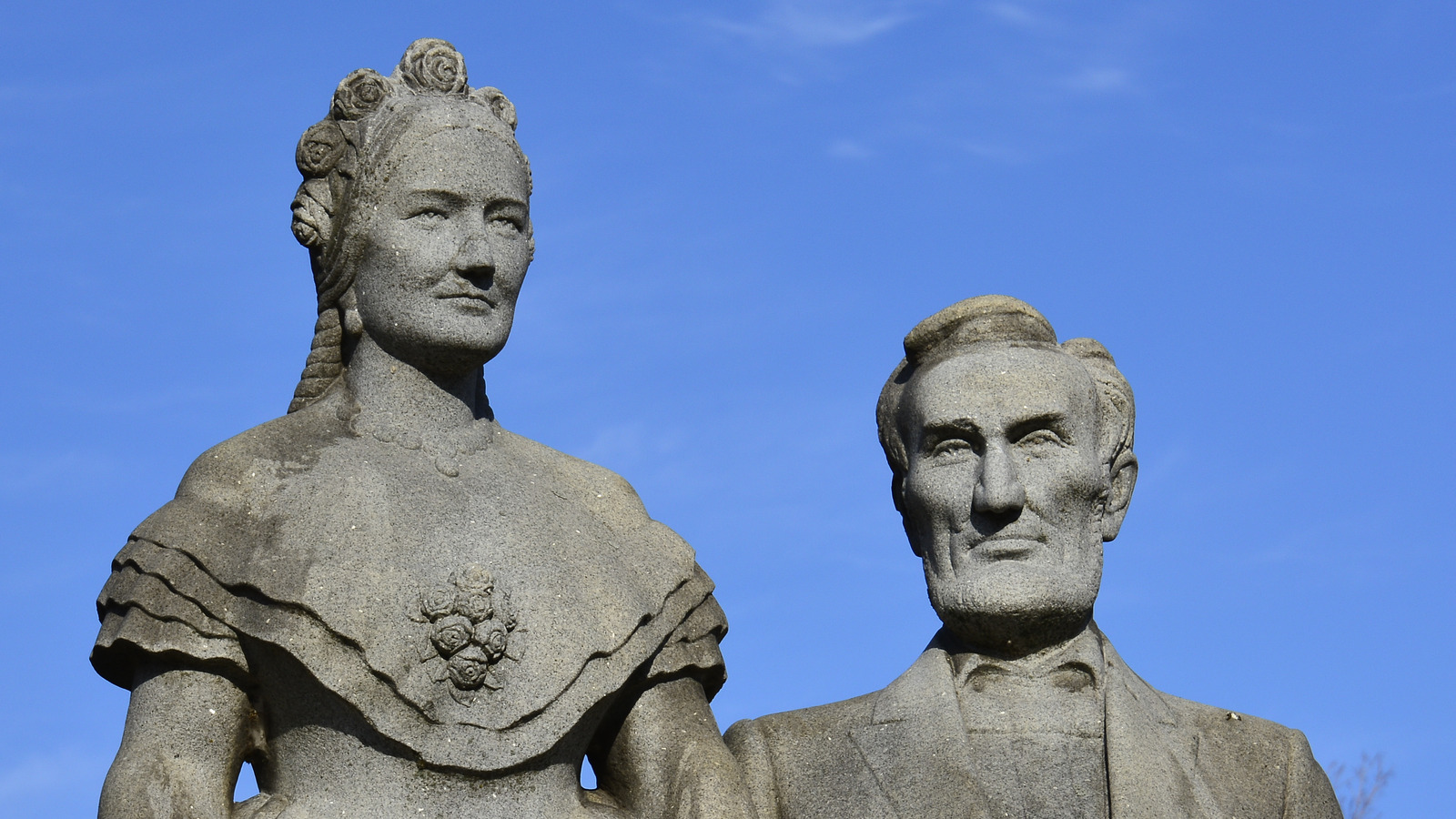 History remembers it as Mary Todd’s courting cake. According to The Food Timeline, the recipe for the courting cake was one that went back a long way in the Todd family. It’s described as a burnt sugar cake, which actually means caramel if you read the recipe thoroughly. Overall it is a pretty basic cake recipe. The courting cake is a combination of stiff egg whites, flour, butter, caramelized sugar, and vanilla baked at 350 Fahrenheit for 45 minutes. It seems dead easy, and Lincoln apparently loved it.

There was one other cake Mary made that he loved more, though. The white almond cake. The Food Timeline says that Lincoln loved this cake the most of any Mary Todd ever made. According to Food52, the Todd family acquired the recipe for white almond cake from the Lexington caterer who developed it. The cake soon became a household favorite, and Mary Todd would go on to make this cake for Lincoln often during their courtship and well after they were married. This cake is so associated with Lincoln that in the decade following his assassination, the white almond cake was a staple of Washington banquet menus. Though History.com states that both Lincoln and Mary Todd suffered from severe anxiety and depression — and who could blame them with the Civil War going on — Mary’s baking may have been something of a solace for them both. Perhaps it reminded them of happier days.

What books are US Army leaders reading?

Almost Lost to History, Italian American Past Unearthed in Colorado

SS Sudan, Agatha Christie’s inspiration for the novel Death on the Nile