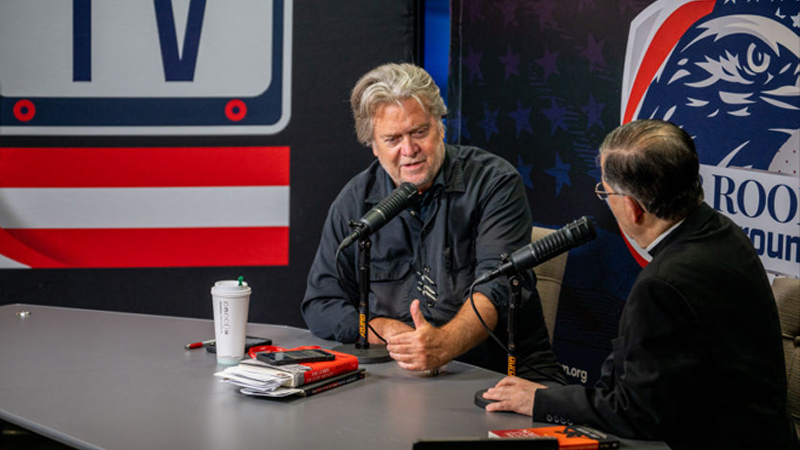 Former Donald Trump advisor Steve Bannon’s Washington DC home was swatted for the second time in two months on Thursday night after a person claimed a shooting took place at his residence.

“Swatting” is when an individual intentionally makes a false police report to get law enforcement to raid the home of a certain person in hopes they get shot and killed in the process.

Bannon was not home at the time of the police raid, but he told the Daily Mail he blames the Biden administration’s divisive rhetoric for the dangerous incident.

“I’m never going to stop so they’ll have to kill me first,” he told the outlet. “And if they kill me so bad.”

The same night Bannon’s home was targeted, Joe Biden delivered a speech that is already infamous for the dark red background and the dangerously divisive message delivered.

“This is 100 percent triggered by the White House: the White House spokeswoman earlier that day, Biden’s announcements over the last couple of days,” Bannon said. “The White House is trying to use this type of violence. They’re stirring up the unstable people on the far left to do this.”

The hostility in America is increasing and the Biden administration is throwing fuel on the fire while telling citizens they want unity.