Steve Bannon Indicted On State Charges In New York, Expected To Turn Himself In: Report 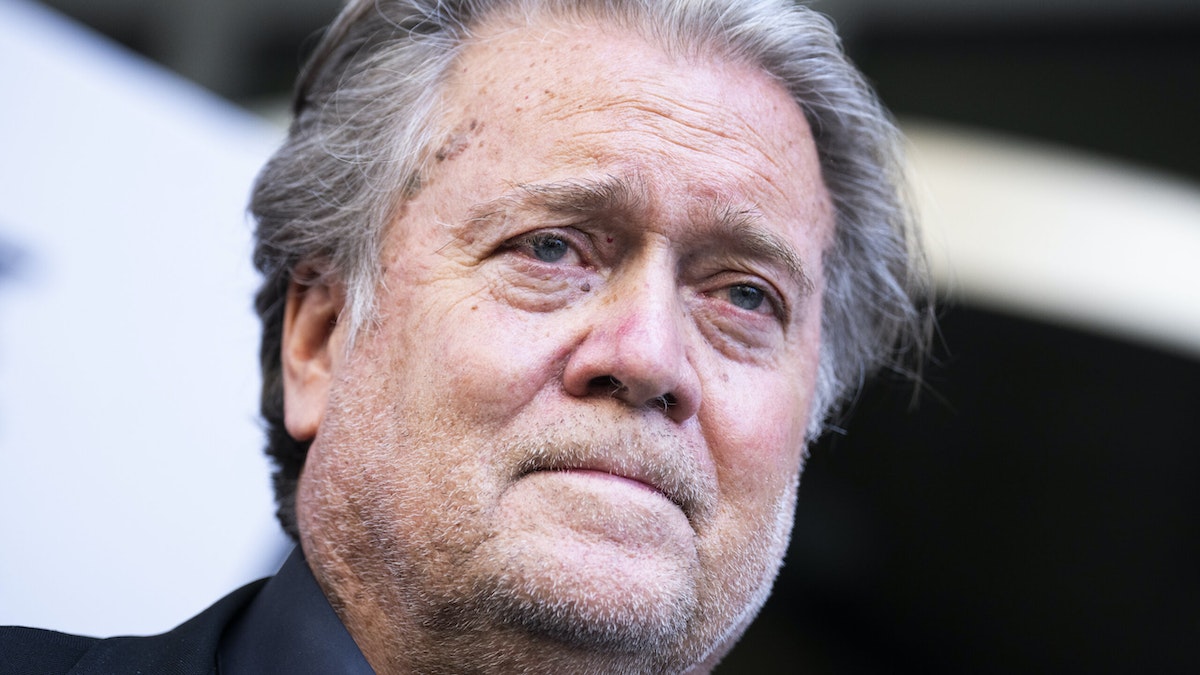 Former Trump strategist Steve Bannon is expected to turn himself in this week after reportedly being indicted on state-level charges related to the federal charges he faced in 2020 from a fraud scheme. He later received a pardon from former President Donald Trump in the federal case during the final days of the administration before the trial had a chance to conclude.

Bannon was charged in August 2020 for allegedly defrauding people who donated money to a crowdfunding campaign to build a wall on the U.S.-Mexico border. He was accused of stealing $1 million from more than $25 million raised to pay an alleged co-conspirator and hundreds of thousands in personal expenses.

The other two men charged in the scheme, Brian Kolfage and Andrew Badolato, pled guilty in April to one count of conspiracy to commit wire fraud, which carries a maximum sentence of 20 years in prison, the Department of Justice said in a statement. Kolfage also pled guilty to tax and wire fraud charges filed by the United States Attorney’s Office for the Northern District of Florida.

The report said that Bannon was expected to turn himself in on Thursday.

The new indictment that Bannon faces comes after he was found guilty of one contempt count involving his refusal to appear for a deposition and another involving his refusal to produce documents to the January 6th House Select Committee. He is set to be sentenced in that case on Oct. 21, 2022. Each count carries a maximum of 30 days in jail and fines ranging from $100 to $100,000.

“The subpoena to Stephen Bannon was not an invitation that could be rejected or ignored,” said Matthew M. Graves, U.S. Attorney for the District of Columbia. “Mr. Bannon had an obligation to appear before the House Select Committee to give testimony and provide documents. His refusal to do so was deliberate and now a jury has found that he must pay the consequences.”

“The tenets of our government rely upon citizens adhering to the established rules of law. Lawful tools, such as subpoenas and other legal orders, are critical in our system of government,” said Steven M. D’Antuono, Assistant Director in Charge of the FBI Washington Field Office. “Mr. Bannon was found guilty of contempt by a jury of his peers for his choice to ignore a lawful subpoena. The FBI will continue our sworn duty to investigate those who have committed violations of our laws and hold them accountable for their actions.”