South Carolina women’s basketball was scheduled to start its season with a home game against BYU, followed by an away game on BYU’s campus during the 2023-24 season.

“As a head coach, my job is to do what’s best for my players and staff,” Staley said in a press release. “The incident at BYU has led me to reevaluate our home-and-home, and I don’t feel that this is the right time for us to engage in this series.” 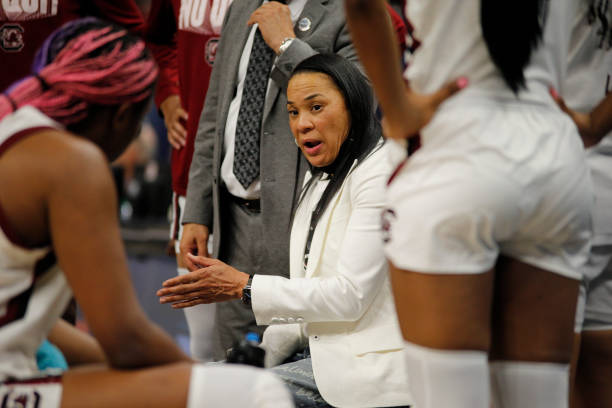 Staley’s decision comes after Richardson, who is black, claimed a white BYU fan hurled racial slurs at her during the game and told her to “watch her back” as she returned to the bus after the game.

However, BYU Police Department reportedly could not validate Richardson’s claims about the fan.

The claims and counterclaims sent the BYU Police Department to search through video of the game to verify the man’s behavior. But, according to the department, they see no evidence that the man banned by the school acted out in the way he was accused.

‘When we watched the video, we did not observe that behavior from him,’ BYU Police Lt. George Besendorfer told the Tribune.

A BYU officer also agreed. ‘There was nothing seen on the game film that led me to believe’ that the man ‘was the person who was making comments to the player who complained about being called the N-word,’ the officer said.

Despite the BYU police department’s conclusion, the school still banned the fan from future games and issued an apology to Duke volleyball. Additionally, the Utah-based school also eliminated the student fan section from its volleyball matches. 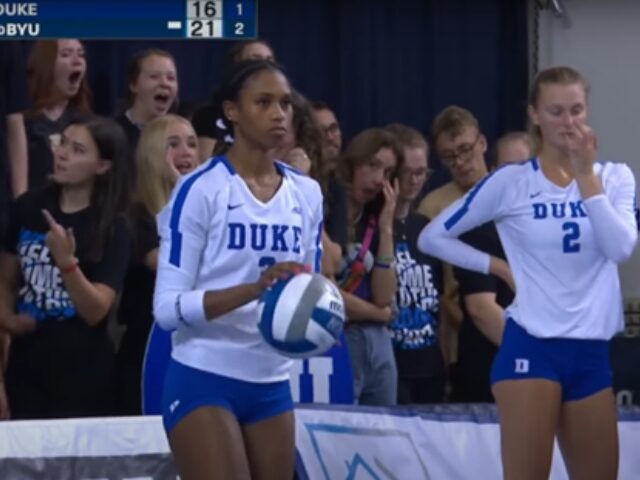 “Dawn and I have discussed her thoughts on the situation,” Tanner said. “I support Dawn and all of our coaches in their right to schedule games and opponents that are best for their teams.”

Jordan Dixon-Hamilton is a reporter for Breitbart News. Write to him at jdixonhamilton@breitbart.com or follow him on Twitter.

‘People Are Feeling That’: Chris Christie Reveals Why New Poll Is ‘Bad News’ For Dems

The Limits of Winsome Politics