Brickbat: Out of Gas 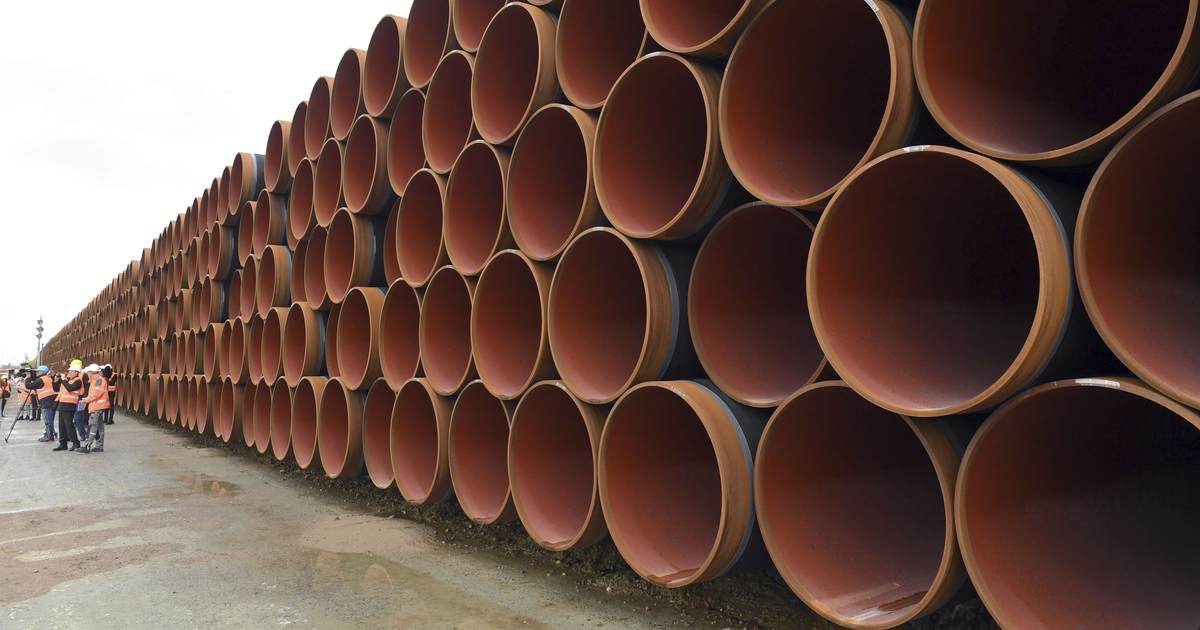 State-owned Russian energy giant Gazprom announced Friday that it would not be re-opening its Nord Stream 1 natural gas pipeline on Saturday as planned, causing worries that Europe’s energy crisis will worsen and possibly send the continent into a recession. Russia claimed the move was because it found leaks in the pipes during inspections—an assertion that was dubious at best, given that earlier in the day, the Group of 7 countries announced a price cap on Russian oil to reduce Moscow’s energy revenue. It’s pretty obvious this was a tit-for-tat provocation.

Many of us warned back in June that the attempt by Biden & Europe to cap the price of Russian oil would backfire, and we’ve just been proven spectacularly right: Russia has just retaliated by cutting off all natural gas to Europe, likely permanently. https://t.co/ZNC5v01N7w

Last week, I wrote that Europe is facing possible return to the Dark Ages, with exploding energy costs having the potential to cause power outages, blackouts, and severe cutbacks. Energy prices were expected to rise 80 percent in the UK this winter, but this new development might just make things a whole lot worse. Notably, the Russians did not give a timeline for when the repairs to Nord 1 might be completed—if ever.

On Friday night, I reported that eight Russian oil oligarchs—including six associated with Gazprom—have died under mysterious circumstances since January. While there’s yet to be a provable connection to this latest move, it’s hard to imagine that the events are not related.

Eric Mamer, a spokesman for the European Commission, said that the “fallacious pretenses” for the latest delay were “proof of Russia’s cynicism.”

Europe and the U.S. have been strong backers of Ukraine since the former Soviet Union invaded the country, with the two powers trying to squeeze Russia with sanctions and also sending massive monetary aid to Ukraine’s military. It’s bizarre that European leaders would be surprised by Russia’s payback. It’s not like they couldn’t see it coming. What’s incomprehensible is that Europe allowed itself to become so dependent on a clearly unreliable and dangerous partner:

Russia has, during Mr. Putin’s long tenure, used energy for geopolitical ends, often with the goal of gaining leverage over European policies toward Ukraine. Mr. Putin has taken a keen interest in the oil and natural gas industries, often negotiating deals personally with energy giants in ways that barely hide the political subtext. The Nord Stream pipelines, which are designed to bypass Ukraine by sending gas directly to Germany under the Baltic Sea, have been central to the Kremlin’s political use of energy.

Europe is already facing severe cutbacks due to energy issues, with Germany’s Cologne Cathedral now dark at night, along with other public landmarks such as Berlin’s Brandenburg Gate. Another German city has turned off traffic lights at night, while in Spain, they have to keep air conditioners at no lower than 81 degrees Fahrenheit during the heat wave, and, after 10 p.m., shop windows and unoccupied public buildings won’t be lit. In France, meanwhile, shopkeepers will be fined for keeping doors open while running air conditioning, a formerly common practice. Illuminated signs will be banned between 1 a.m. and 6 a.m. Mind you, these measures are from before Gazprom announced it was not re-opening the pipeline. Who knows what’s going to happen now?

As the head of commodities at RBC Capital Markets Helima Croft wrote in a note to clients on Friday:

Putin will endeavor to demonstrate that he has not played his last card and that there are many open windows in his energy war with the West.

What’s not surprising is that Putin would make this move. What is surprising is that Europe seems unprepared for the moment and has placed such a heavy bet that a totalitarian state would help them out even while they actively undermined its interests.

This is, simply put, catastrophic. EU nations had, to their credit, managed to fill up their natural gas storage facilities to 80% capacity, but full storage lasts just 3 months, which means Europe could start running out of natural gas as early as December, the dead of winter. pic.twitter.com/zoyOOs3fVI

The U.S. and Europe seem schizophrenic in their approach to their war over fossil fuels, actively working to curtail their own energy supplies while failing to anticipate the future. California just announced that they will require all cars sold in the state to be electric by 2035—but are also asking Californians not to use electric appliances because the electric grid can’t handle it during the current heat wave (also known as a typical late summer). How on earth do they plan to charge all these cars? It’s madness.

Europe may be facing a very long, cold, dark winter when the weather changes.

Why Parental Authority Is Basis of Civilization