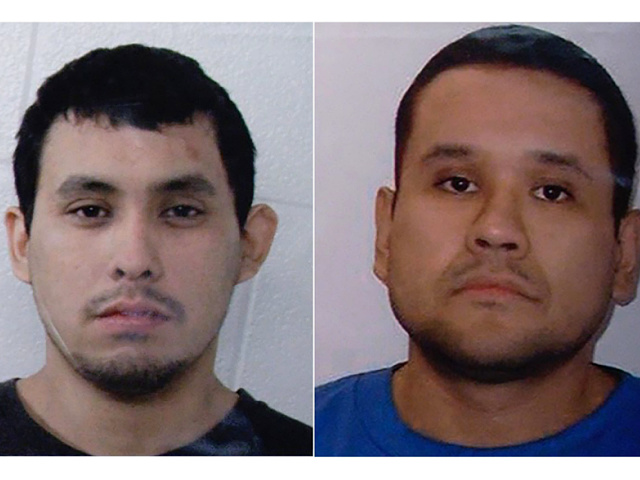 At least ten people are dead with another 15 wounded in the Canadian province of Saskatchewan following a series of stabbings.

The stabbings reportedly occurred “in multiple locations on the James Smith Cree Nation and in the village of Weldon, northeast of Saskatoon,” adding to a total of 13 crime scenes, according to USA Today.

“It is horrific what has occurred in our province today,” Rhonda Blackmore, the assistant commissioner of the Royal Canadian Mounted Police Saskatchewan, told reporters.

Blackmore did not provide a motive for the two suspects police are searching for and said that some of the victims were targeted while others were possibly attacked at random. Police said the two suspects were last seen in Saskatchewan’s capital of Regina.

“If in the Regina area, take precautions & consider sheltering in place. Do not leave a secure location. DO NOT APPROACH suspicious persons. Do not pick up hitch hikers. Report suspicious persons, emergencies or info to 9-1-1. Do not disclose police locations,” the Royal Canadian Mounted Police (RCMP) said on Twitter.

Weldon resident Doreen Lees, an 89-year-old grandmother, told reporters that she and her daughter may have seen the suspects driving down the street in the early morning when a man approached her daughter on her front porch saying he was hurt and needed help. The man reportedly ran away just as the daughter said she would call for help.

“He wouldn’t show his face. He had a big jacket over his face. We asked his name and he kind of mumbled his name twice and we still couldn’t get it,” Lees told USA Today. “He said his face was injured so bad he couldn’t show it.”

“I followed him a little ways to see if he was going to be OK. My daughter said ‘Don’t follow him, get back here,’” Lees added.

“The attacks in Saskatchewan today are horrific and heartbreaking. I’m thinking of those who have lost a loved one and of those who were injured,” Trudeau tweeted. “We are closely monitoring the situation, and urge everyone to follow updates from local authorities. Thank you to all the brave first responders for their efforts on the ground.”

The attacks in Saskatchewan today are horrific and heartbreaking. I’m thinking of those who have lost a loved one and of those who were injured.

The two suspects remain at large and have been identified as Damien Sanderson, 31, and Myles Sanderson, 30.

Damien and Myles Sanderson, the two suspects in the Saskatchewan attacks that have killed at least 10 people and injured 15, are still at large. https://t.co/qYnaA9mo3p

Kid Rock GOES OFF on Californians moving to red states