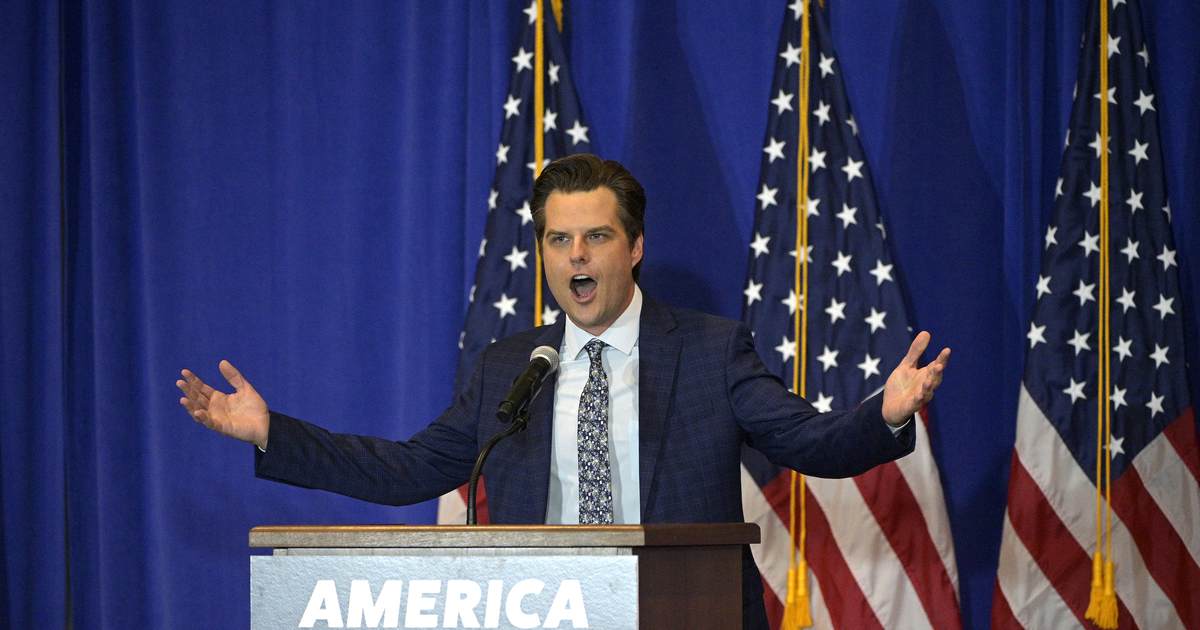 The FBI sex-trafficking investigation into Rep. Matt Gaetz (R-FL) has officially imploded after federal prosecutors recommended that no charges be filed.

Gaetz has faced an onslaught of conspiratorial allegations from the far-left over the last several years despite there never being any evidence he broke the law. Now, The Washington Post is reporting that it was all for nothing. Unless the DOJ ignores the recommendation of its prosecutors, something that almost never happens (nor should it), Gaetz has been vindicated.

Career prosecutors have recommended against charging Rep. Matt Gaetz (R-Fla.) in a long-running sex-trafficking investigation — telling Justice Department superiors that a conviction is unlikely in part because of credibility questions with the two central witnesses, according to people familiar with the matter.

Senior department officials have not made a final decision on whether to charge Gaetz, but it is rare for such advice to be rejected, these people told The Washington Post, speaking on the condition of anonymity to discuss the deliberations. They added that it is always possible additional evidence emerges that could alter prosecutors’ understanding of the case.

Nevertheless, it is unlikely that federal authorities will charge Gaetz with a crime in an investigation that started in late 2020 and focused on his alleged involvement with a 17-year-old girlseveral years earlier. Gaetz,40, has repeatedly denied wrongdoing, saying he has never paid for sex. He has also said the only time he had sex with a 17-year-old was when he was also 17.

You have to love the little bit of hopium there that “it is always possible additional evidence emerges that could alter prosecutors’ understanding of the case.” Yeah, and if I find a million dollars, I’ll be rich. It’s just not probable that this decision would be made if every single base wasn’t already covered. Still, even as this investigation implodes, the press and those in the DOJ are desperately hoping they can find enough dirt to move forward. It’s all very typical.

As to the details, apparently, the two witnesses who the DOJ had lined up to make the case against Gaetz have credibility issues, and I would assume they are pretty serious if the government is just throwing in the towel like this. That’s especially bad for the government because they had made a deal with Joe Greenberg regarding charges he faced in exchange for his cooperation.

Regardless, the reason this is such a big story is that this wasn’t just a regular investigation. Instead, targeted government leaks were used to build an entire narrative around Gaetz in an attempt to destroy him politically. Is anyone going to be charged for those leaks? Is the DOJ even trying to find who did the leaking? Those are rhetorical questions as the answer is obvious. There is never any accountability for those within these bloated, corrupt bureaucracies who use their power to attack their political opponents.

Of course, the left isn’t taking the news well. Just perusing the replies to Post’s story, the anger is palpable.

There’s something really wrong with people who won’t even consider that the people they hate might not be the bastion of evil they portray. If Gaetz did not break the law, then he shouldn’t be charged. That’s how this works. He did not get off because he was “white” or “rich.” There’s no doubt that Joe Biden’s DOJ would have loved to bring him down, but the evidence wasn’t there. That should be the end of it.

In the end, you can expect the seething to continue. It wouldn’t surprise me if more leaks occur as well just to keep the narrative rolling. It’s not right, and that kind of abuse of power needs to be quashed. I won’t hold my breath for it to happen, though.

Meghan Markle’s ‘Archetypes’ podcast slated for big return, mourning period for the queen is over