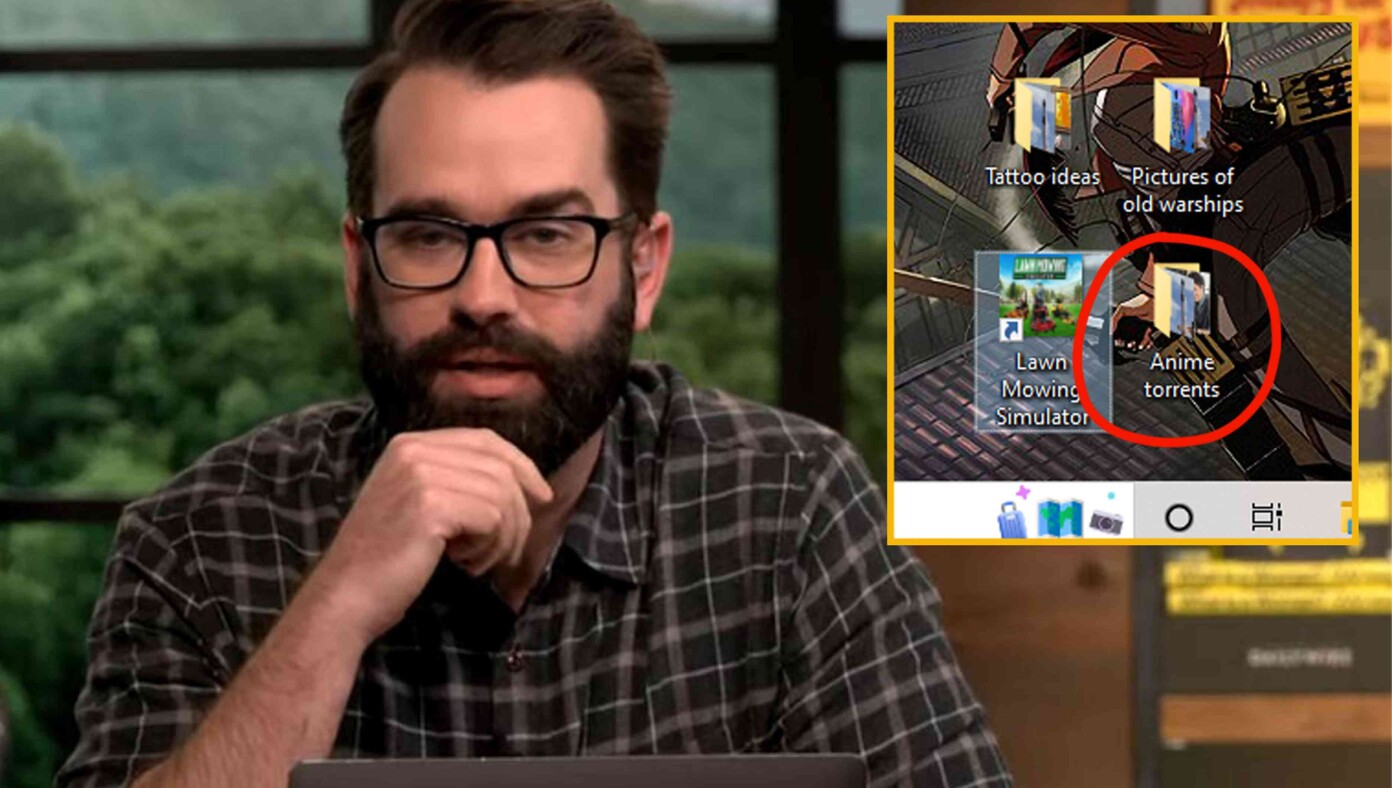 NASHVILLE, TN — Best-selling children’s book author Matt Walsh was rocked by controversy Tuesday after the FBI announced the seizure of over 48 GB of anime from his computer. Walsh, who previously described anime as “satanic,” could not be reached for comment because he was binge-watching Chainsaw Man, a show about a man who can turn parts of his body into a chainsaw to hunt demons.

According to sources, Walsh became a person of interest for the FBI after speaking at a school board meeting. A no-knock search warrant was issued and his computer was seized, in which the anime folder was discovered.

Agent Karl Jürgen commented, “We have found no significant evidence of terrorist activity conducted by Matt Walsh at this time but, in the interest of transparency, we feel compelled to report that Walsh is a total weeb.”

Experts believe the files in Walsh’s anime folder show a worrying escalation. Psychoanalyst Claire Cabrillo speculates that the popular children’s show Pokémon, a show about kids who keep monsters in tiny balls and throw them at other monsters, may have served as a gateway to more disturbing programming. “There is a clear progression from children’s programming like Sailor Moon, a show about magical teenage girls who protect the earth from aliens, to more adult-themed shows like Attack on Titan, a show about all of humanity living in one large city surrounded by three massive walls that protect them from man-eating giants.”

“It’s very troubling,” said Cabrillo. “I’m surprised he’s married. He must have locked that down before his secret passion took control.”

At publishing time, Matt Walsh dismissed the creepiest parts of his anime collection by demeaning anyone who cannot “appreciate fine art.”