Rings Of Power Review: A Storytelling Atrocity With Bush-League Production And Acting So Bad, It’s Offensive. But, There’s A Black Dwarf 5/5 Stars. 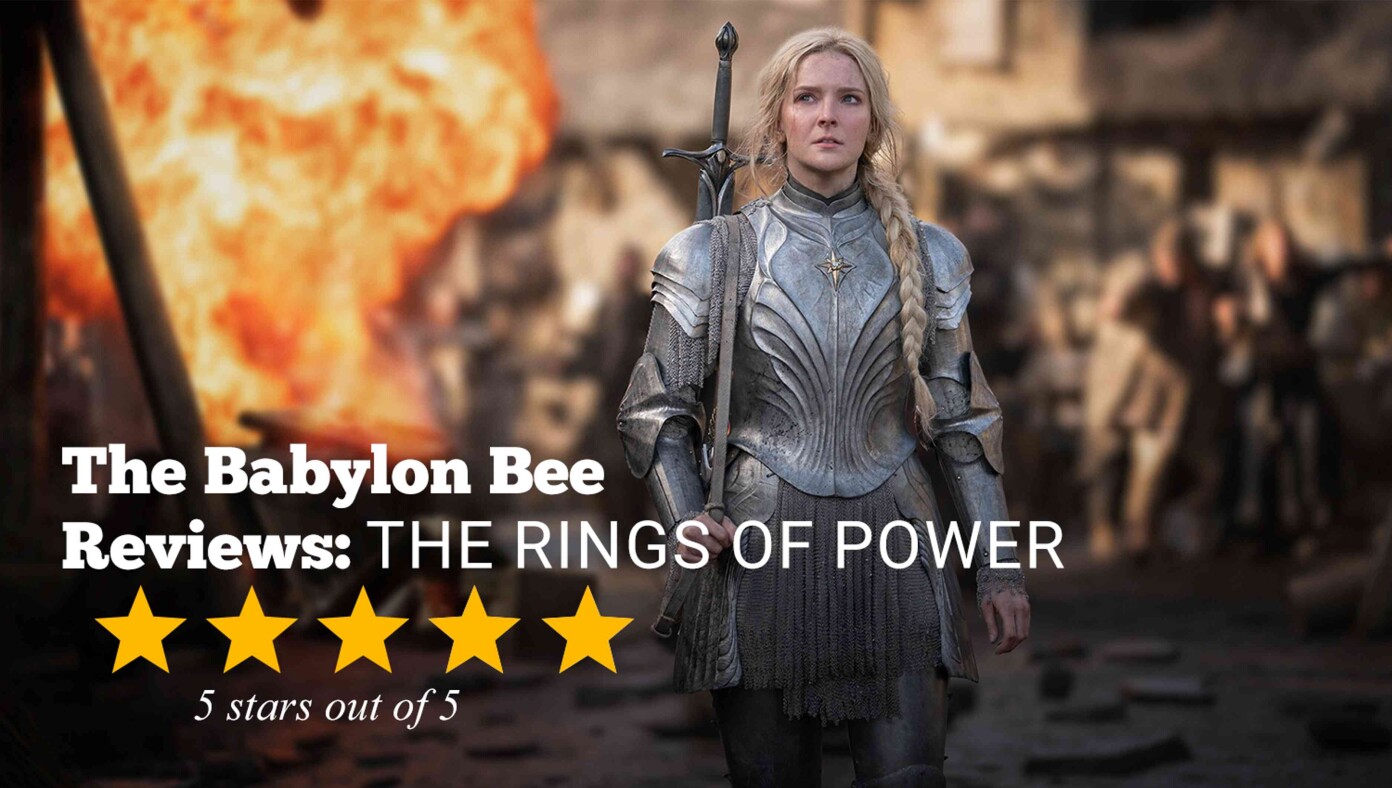 Go back, in your mind, to the worst date you have ever had. There you are, using a napkin to tie a tourniquet around your leg under the table, trying desperately to take your mind anywhere but the inescapable train wreck unfolding in front of you. That’s the closest you can come to understanding what it’s like watching Amazon’s billion-dollar project The Rings of Power.

I would say the script sounded like it was written by a drunk middle-schooler, but that would be an insult to both alcohol and middle-schoolers. Every line is a tired-out cliché, stolen from a bad movie and mashed together with all the verbal dexterity of a crack-addled ferret. I cannot in good conscience describe the plot, because the word “plot” has nothing to do with this fulminant disaster. I’ve had nightmares that made more sense than whatever abomination of the English language this is.

As for the production, one strongly suspects that five years ago, people were sitting around doing mushrooms when they said, “Hey! What if we took the worst parts of Glee, added SimCity, and then threw in SOME ELVES?” Thus, Rings of Power was born. Not more than twelve minutes was spent over the past five years thinking about anything beyond that mushroom-fueled vision.

The acting makes you feel like the people on screen have something very personal against you. Like, they want to harm you by how uncomfortably bad it is. After two minutes watching, you’ll lose your faith in humanity. After three, you’ll want to remove your eyes with a melon baller.

There is a black dwarf though, which is great. Five out of five stars.

“Radical Marriage” & the Modern Heresies of Love ~ The Imaginative Conservative

One ship in two centuries: Strange tale of SS Warrimoo