Republicans Can Ensure $130B in Spending Cuts Happen by Year-end 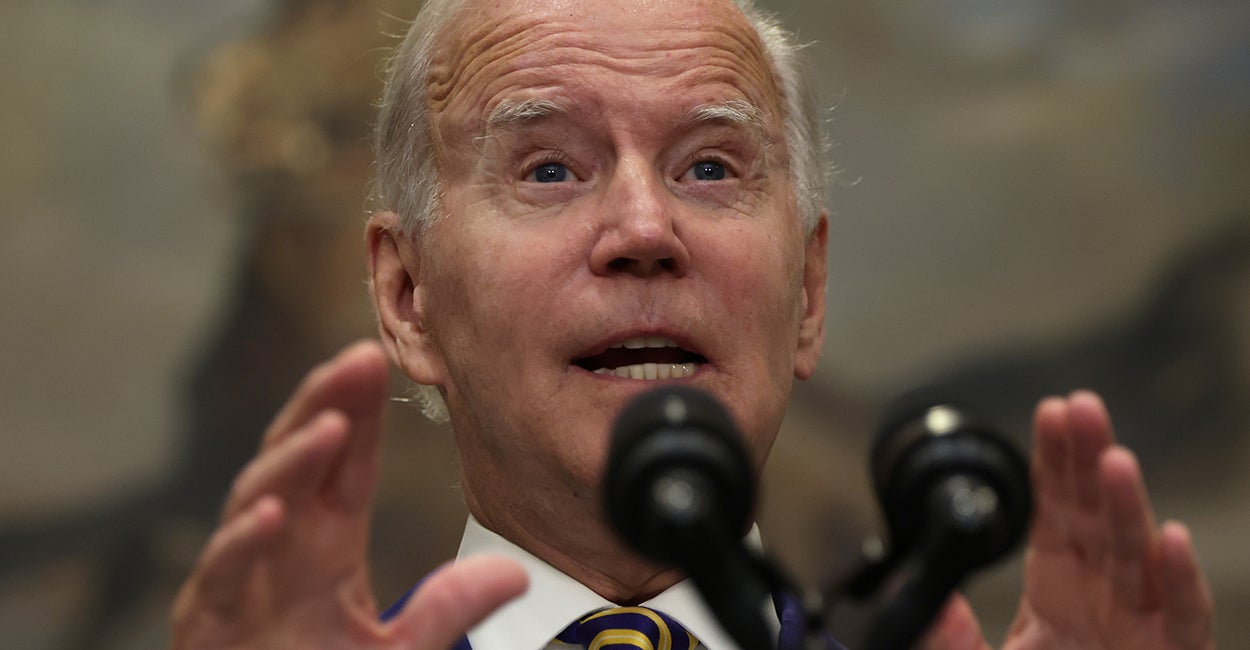 President Joe Biden has gone on a massive spending binge, racking up trillions in debt and flouting budgetary rules along the way. It has hit American families squarely in the wallet, spiking inflation to 8.3% in August, a rate not previously seen since 1982.

Fortunately, as my new report from The Heritage Foundation describes, Congress has a critical opportunity to start turning the tide by the end of this year, rein in irresponsible spending, and get the economy back on track—and Republicans hold the cards to ensuring that happens.

The economy shrank in the first half of 2022, which is the traditional definition of a recession. The inflation caused by Biden’s spending has cost the average worker nearly $3,000 in real wages since January 2021.

Obama’s Statutory Pay-As-You-Go Act of 2010, often called PAYGO, requires new budget deficits to be offset with spending cuts by the end of the year. Under the Statutory PAYGO law, if Congress fails to pass the necessary reductions by year-end, the president himself will be required to make the cuts—more than $130 billion—in January.

Unfortunately, Biden and his liberal allies are considering renouncing the law and refusing to carry out the required cuts.

What would waiving Statutory PAYGO mean for you? Even more inflationary government spending that would drive down real wages and push up prices for the gas, groceries, and other necessities families rely on.

Yet, there is some good news: Congress can hold Biden accountable, and all it has to do is not pass legislation letting Biden off the hook.

Legislation to turn off Statutory PAYGO would likely easily pass the Democrat-controlled House but would require 60 votes in the Senate. With the chamber divided 50-50, Republicans would need to go along with a scheme blessing Biden’s spending hikes and the resulting stagflationary effects on the economy.

Over the next three months, as the PAYGO deadline nears, expect Biden and the left to desperately repeat several myths in an attempt to avoid these required cuts and keep spending high.

For instance, they will say that PAYGO has been waived before, so Congress should help Biden cancel it now. But abandoning the PAYGO law would increase spending by more than $100 billion, adding more fuel to an already raging inflationary fire. And politicians getting away with malfeasance in the past is not a justification for malfeasance today. Those irresponsible actions were what drove the national debt to more than $30 trillion and ate away at our economic foundations, making it more difficult to overcome the current stagflation we’re experiencing.

They will also claim that the specific spending cuts prescribed in the PAYGO law are “across-the-board” cuts that would gut important programs. That just simply isn’t true. Only 2% of the $5.9 trillion budget is subject to any spending cuts. Popular programs are protected, including Social Security, national defense spending, veterans’ programs, welfare, and hundreds of other programs.

They may even resort to the old scare tactic of telling seniors it would slash Medicare. That, of course, isn’t true either. Any required spending reductions for Medicare would be capped at no more than 4% of payments to providers out of the $923 billion in projected Medicare spending. Even the nonpartisan Congressional Research Service says that Medicare beneficiaries would “see few direct impacts” as a result of the slightly smaller payments to providers and plans.

It is important to remember that Statutory PAYGO is only an issue now because Biden and his allies in Congress went on a reckless, partisan spending spree.

If Biden doesn’t want to make the cuts, which are required as a consequence of his actions, he can work across the aisle to replace them with other targeted spending reductions and reforms.

Good places to start cutting include rolling back his green energy corporate welfare programs and the student loan bailout for lawyers and doctors that are going to cost taxpayers up to $1 trillion.

Biden’s irresponsible spending caused inflation and it also broke the budget rules put in place by Obama. Those rules require spending cuts, which would be a first step in getting our fiscal house and economy back on track.

Congress must hold Biden accountable for his policies and follow through on cutting spending.

Have an opinion about this article? To sound off, please email letters@DailySignal.com, and we’ll consider publishing your edited remarks in our regular “We Hear You” feature. Remember to include the URL or headline of the article plus your name and town and/or state.

Legend edits together the ultimate AOC and Elon Love Story,