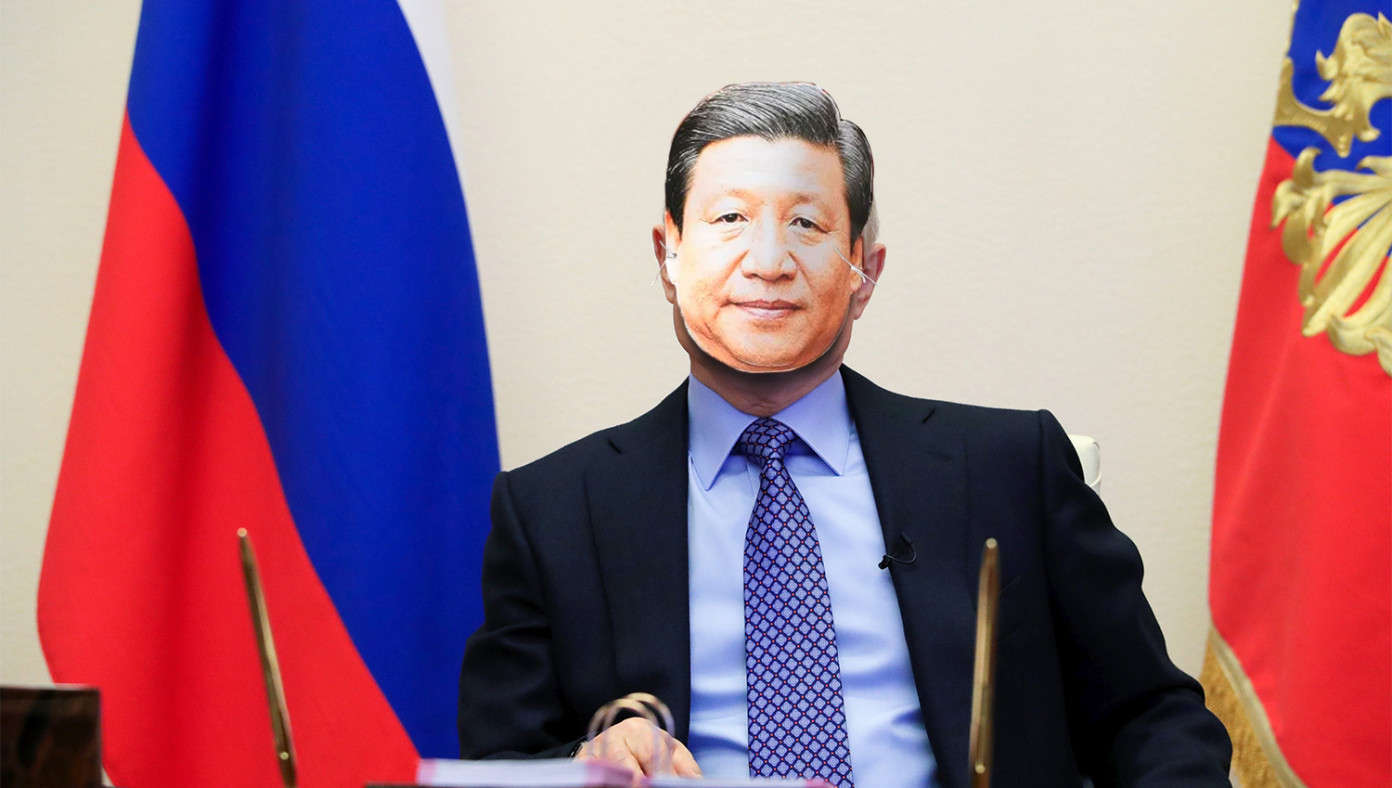 MOSCOW – According to sources, Russian President Vladimir Putin rolled out of bed Monday morning and headed to the bathroom where he showered, shaved, and put on his face. His face, in this case, is that of Chinese President Xi Jinping. Sources within the Kremlin confirm Putin began wearing a mask of the Chinese president to prevent further boycotts by western companies.

Putin donned the Xi mask before addressing the United Nations via Zoom. He reportedly said, “Hello, I am President Xi. I am in Russia now. Boycotting Russia is boycotting China, ok thanks bye.”

According to sources, American sanctions were dropped immediately. Russia even picked up a few lucrative manufacturing contracts from Nike, Disney, and Apple. Furthermore, Bill Gates is scheduled to fly in next week to look at their network infrastructure and shore up their defense against cyber attacks.

“I never expected such a profound and immediate turnaround,” Putin confessed to his staff. “This mask is magic.”

After such a positive reception, Putin then began wearing the mask everywhere. He exited his residence at the Grand Kremlin Palace while wearing the Xi mask to meet with his generals to see if they had destroyed Ukraine yet.

“No, comrade, this is mask,” answered Putin.

The generals, emboldened by their fearless leader, ordered their troops to immediately storm Ukraine’s capital and put all the Ukrainians in concentration camps with the Uyghurs.

Women Who Travel Podcast: The Innate Beauty of Accents, with Lake Bell

Stacey Abrams Claims The 2022 Midterms Have Already Been Stolen

‘Wherever You Want To Go Eat Is Fine With Me’, Lies Wife