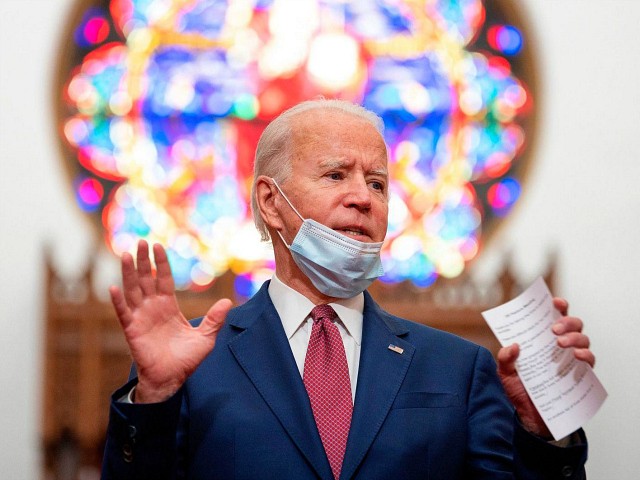 The president addressed abortion during a fundraiser in New York City, after noting Sen. Lindsey Graham (R-SC) introduced a bill making all abortions illegal after 15 weeks of pregnancy.

“I’m talking about no exceptions — rape, incest — no exceptions, regardless of age,” Biden said, recalling a news story of a 13-year-old girl who was pregnant because of a rape.

“My generic point — and I happen to be a practicing Roman Catholic — my church doesn’t even make that argument now,” Biden added.

The Catechism of the Catholic Church, however, teaches “human life must be respected and protected absolutely from the moment of conception” even in cases of rape and incest.

Biden argued that Republicans had grown “more extreme” in their defense of life, even though Graham’s proposed law would make exceptions for rape, incest, and life of the mother.

Graham’s proposed abortion ban after 15 weeks is more permissive than the abortion laws in France, which prohibit abortions after 14 weeks.

But Biden boasted he would prevent any Republican legislation restricting abortions from crossing his desk.

Biden continues claiming he is a practicing Catholic, despite defying the Church’s teaching on abortion.

In September, Biden directly countered Catholic teaching, revealing he did not believe that life began at conception.

ER Patient Puts a Ring on His Penis, Ends up at the Mercy of an Electric Grinder – RedState