Populism Is the Power Struggle Over MAGA – RedState 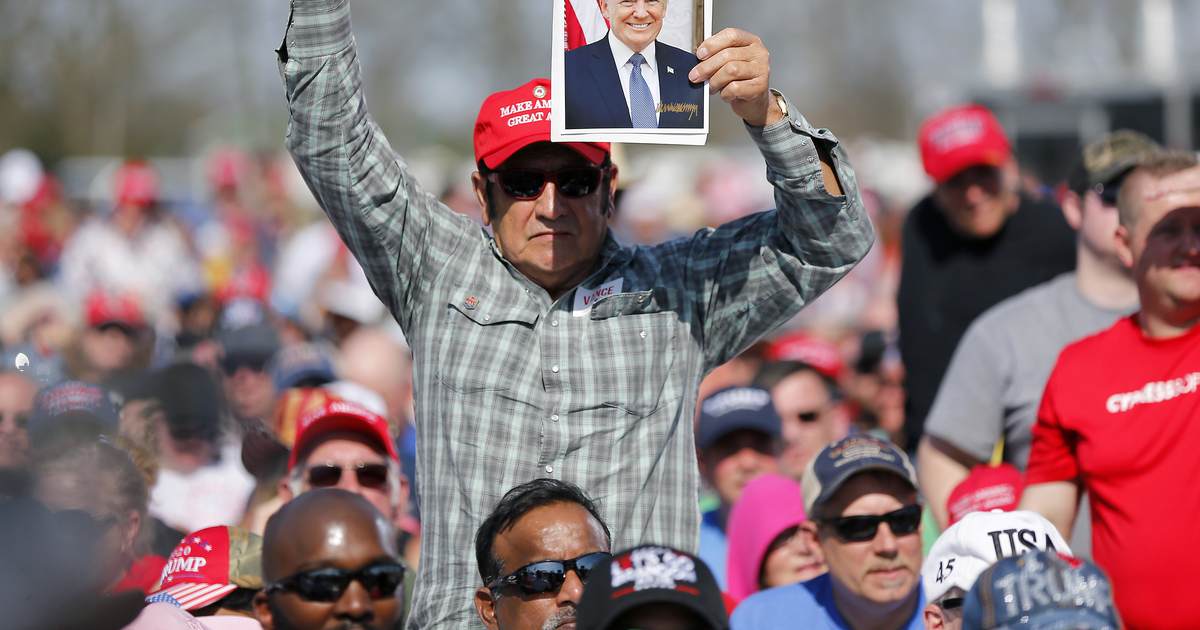 Biden has done another “rebrand.” Perhaps the most amusing part of his hate speech on Thursday night was him trying to claim the mantle as a “populist.” The rest of it was inflammatory and disturbing, as he made partisan attacks and fanned the flames of fear and division under the disingenuous guise of unity. But the sales pitch on the new populist persona is levity enough.

He performed his partisan ritual from Independence Hall, in Philadelphia, speaking about how the Declaration was signed in that location. He repeatedly used the words “We the People” and spoke of the flames of liberty. Even though I was more interested in watching the sign language interpreter’s version of those words with her fingers cooly wiggling to show the sign for flames, I could still smell all the notes of populism, albeit stale.

So, what is populism? It means relating to the struggles, beliefs, and interests of the common people. In a modern lexicon, it most often arises in the context of the people vs an elitist establishment. It became a relevant terminology during Donald Trump’s 2016 presidential candidacy. Back then, it was President Barack Obama who was trying to claim the associations of populism.

Meriam Webster reported that the word was trending in dictionary searches on June 29, 2016, after Obama was asked about it, in the context of Donald Trump. Websters writes:

Speaking at a conference in Canada, President Obama responded to the characterization of some of Donald Trump’s rhetoric as “populist.” Without naming the Republican candidate, Obama prefaced his remarks by saying “maybe somebody can pull up in a dictionary quickly, the phrase populism.”

He then went on to mention his desire to help children, the poor, and workers have equal and fair access to opportunities, saying: “I suppose that makes me a populist,” before taking aim at Donald Trump:

“Somebody else who has never shown any regard for workers, has never fought on behalf of social justice issues…in fact have worked against economic opportunity for workers and ordinary people, they don’t suddenly become a populist because they say something controversial in order to win votes. That’s not the measure of populism.”

Obama was a smooth talker if nothing else and that’s a pretty good reframe. Take a positive word associated with your rival, ask someone to look it up as if it’s a very obscure concept and you are actually considering it much more objectively than reality would suggest, and then claim the word describes yourself better than the other person. It’s not true, of course, but competitively conniving wins points, too.

We would find out later that President Trump would very much be associated with “economic opportunity” and yes, fight for social justice issues with the First Steps Act. Working class Americans would make up for the majority of Trump’s supporters. It took me a long time to agree upon the words to describe what kind of political philosophy was this phenomenon known as Trumpism, or more importantly today, the “MAGA Republicans.” National populism would be the entirety of his brand with a revival of American patriotism.

It doesn’t matter if what Obama said or Biden says is true. They were campaigning when they spoke; their only concern is if they sounded good and confidently convincing. Both of those things are struggles for Biden but on Thursday night, he tried his best to appeal as the populist of the hour. It’s ironic, though. Biden screaming into the face of a blue-collar union worker saying, “You’re full of s**… I don’t work for you!” is about as non-populist as it gets.

As you likely already know, most of Biden’s Thursday night speech and recent talking points from the White House Press Secretary aim to vilify and tarnish a group called “MAGA Republicans.” Trump did respond to this on TruthSocial, saying someone should explain to Joe Biden, slowly but passionately what it means to Make America Great Again. It wouldn’t do any good, though. I previously revealed in a VIP piece titled, The Anatomy of Anti-MAGA, that the Democrat’s progressive think-tanks did six months of research and polling before selecting that phrase. It’s meant to be divisive and spooky.

I never expected Trump to win that (2016) election, I was very pleasantly surprised because I didn’t know for certain that anti-establishment things could happen. They already printed the magazine covers that read “Madam President,” remember? I wasn’t the only one caught by surprise — Hillary Clinton didn’t even come out and give a concession speech. The polling was wrong; they had already vilified Trump and his supporters weren’t spilling the beans on how they planned to vote. What happened was an amazing, lightning in a bottle, upset over the bought-and-paid-for political elite. The pundits were losing their minds because it wasn’t predicted to happen at all. This all happened because of modern populism.

While we are told there are two types of Republicans, the so-called “mainstream” and the “MAGA,” that isn’t the reality of 70 million voters.  There are a lot of things in the party, and overlapping interests with plenty of time before a 2024 nominee is decided. But there is populism in the Republican Party, and a lot of it. There is nationalism and patriotism in the Republican Party with America First ideals. To try to divide those things up as representing feuding factions in the GOP is both incorrect and damaging. Trump galvanized people because they related to those messages. If he’s the nominee, or not, MAGA always means those things and always should. Trump is a person, not a philosophy. He just captured the people’s concerns over the establishment’s corruption and that became MAGA. Make America Ours Again — belonging to the people.

With disastrous approval ratings, Biden wants what doesn’t belong to him: to be seen as a populist. Obama knew that it was important, too.  The establishment wants us to believe they are the populists and MAGA was never anything more than a “semi-fascist,” “white supremacist,” “threat to democracy.” MAGA is dangerous to those who will do anything to keep their grips on forever-power because it’s popular, energizing, and a hopeful vision for America that people consistently vote for, contrary to what they purport it to be. MAGA isn’t going away, not the identity and platforms it provides. Trump may or may not be the nominee, but that won’t change what Republicans want to see in America First policies and anti-establishment accountability. Republicans wanted Hillary Clinton in jail, they chanted it, put it on bumper stickers, and well, voted for it. So, I wouldn’t underestimate how anti-established the base is.

Biden tries to take away the phrase MAGA while claiming he is the populist. He wants to deprive Republicans of their strongest qualities, the recipe that won the Oval Office in a huge political underdog victory. Trump never held office before that; it’s an incredible feat on that merit alone. Biden is stealing the majestic driving force of the party, to rob it of the concept of populsim and tarnish the legacy of that movement known as MAGA.

There should be no debate about if someone is a MAGA Republican or not within the rank-and-file, the ideology of national populism permeates the party. It doesn’t matter what you call it, although MAGA was the way it has been identified to the people, the name for what they already wanted. We shouldn’t give up MAGA just because Trump isn’t in office, or may not be again. We shouldn’t give up populism when we need it more than ever. We especially shouldn’t let the establishment say that word describes them best. We should not let MAGA become a bad word; it’s a winning word, and it’s an ideology that exists outside of Trump– because it is national populism and that is our brand.

In Trump’s speech on Saturday night in Pennsylvania, he said, “Clean This Mess Up Again.” The midterm elections are about the economy, a referendum of buyer’s remorse for regretful Biden voters and they are now a competition for the designation of populist. Let’s not soon forget the momentum of a populist movement, by MAGA or any other name. Let us not give away the ideals that came with the founding of the nation, because those in power wrap themselves in a cloth we recognize. There is a literal power struggle over populism. The power that rests in the people is the lifeblood of the Republican Party base. Populism is being used as another midterm costume change where they steal our ideals and parade them hollowly; we should not go gently into that good night.

‘I Could Give A F*ck’: Gene Simmons, Bill Maher Spar After Maher Says Phrase ‘A China Man’ Is Offensive

Ye exposes what Adidas did to his ApplePay

Majority of Americans Not Worried About Coronavirus