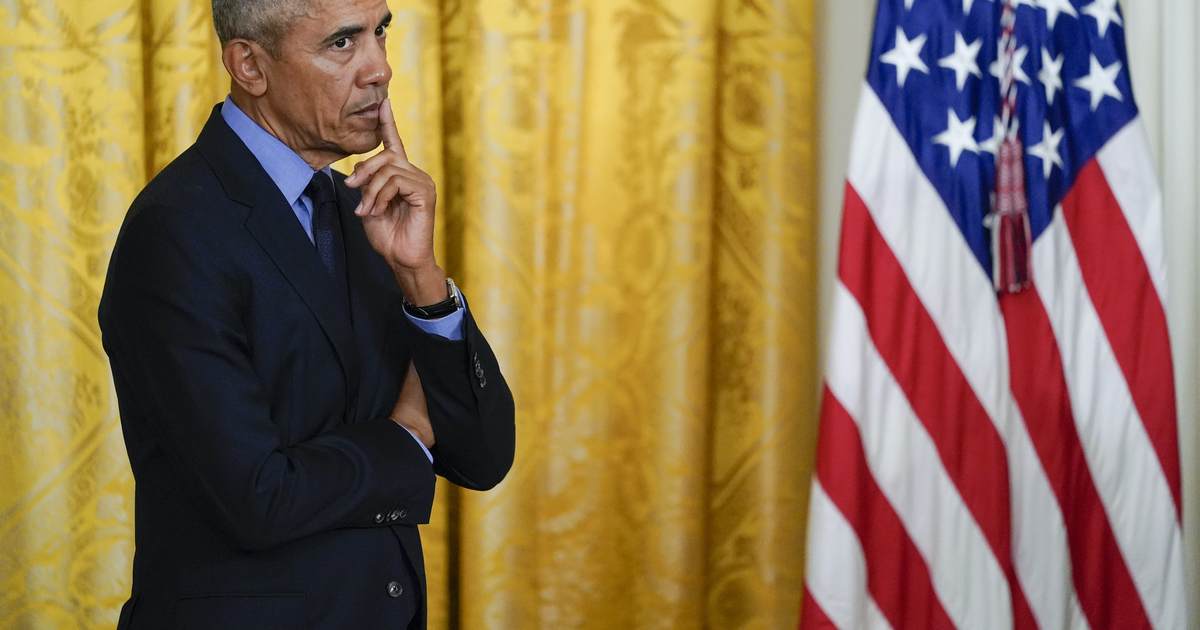 You know it was bound to happen. The minute Barack and Michelle Obama signed that Netflix deal, it made perfect sense that one or both of them would win an Emmy Award just for existing. Because that’s how Obama worship works.


The Condescender in Chief won his Emmy at Saturday’s Creative Arts Emmy Awards for Best Narrator for the documentary series Our Great National Parks. The Obamas’ Higher Ground production company produced the documentary.

“He was the biggest name in a category full of famous nominees for the award handed out at Saturday night’s Creative Arts Emmys, including Kareem Abdul-Jabbar, David Attenborough and Lupita Nyong’o,” the Associated Press reported in the most gag-inducing way.

Obama may have deserved his award for narration. He may well have been better than any other television documentary narrator. I rather doubt it, but here’s the thing: Barack Obama would have won the trophy regardless. He’s the king of winning awards whether he deserves them or not.

Let’s not forget that Nobel Peace Prize that he won for simply existing. And the two Grammys he has won for reading two of his books, The Audacity of Hope and A Promised Land. Actually, the Grammys are notorious for giving awards to left-wing presidents and first ladies. Michelle Obama won a Grammy for reading the audiobook of her memoir, while Bill Clinton, Hillary Clinton, and Jimmy Carter have all won Grammys for their audiobook narrations.

And in all those cases, they may have been deserving, but we know the truth that they would have won anyway because they’re Democrat darlings and objects of hero worship.

The funniest part might have been the Associated Press’s coverage of Obama’s win. The lede on the AP’s story was, “Barack Obama is halfway to an EGOT.”


For the uninitiated, an EGOT is an Emmy, Grammy, Oscar, and Tony, and it’s the gold standard in entertainment award wins. Later in the AP piece, which doesn’t have a named author (I wouldn’t have claimed it either), there’s an explanation: “EGOT refers to a special category of entertainers who have won an Emmy, a Grammy, an Oscar and a Tony. To date, 17 people have done it.”

EGOT winners are truly rarified company — we’re talking names like Audrey Hepburn, Mike Nichols, Mel Brooks, and Alan Menken — although quite a few performers have won three out of four. And hundreds, if not thousands, have won two of those awards. But I can’t imagine anybody getting the breathless coverage that the Lightbringer did.

I’m sure as soon as the Obamas produce a documentary for movie theaters, they’ll win an Oscar. And I wouldn’t put it past the Tony Awards giving Barack and/or Michelle awards just for being the greatest people in the world. Because Obama worship is the worst kind of hero worship there is.

Congress Finally Reaches Stimulus Agreement: Every American Will Receive A Coupon For $5 Off At Applebee’s