New York Attorney General Letitia James, a Democrat, on Wednesday took the dramatic step of filing a lawsuit against former President Donald Trump and his three grown children, accusing them of undervaluing properties to gain better rates on loans, insurance policies, and taxes.

James’s lawsuit is a civil case, not a criminal case. It and to bar Trump, Donald Trump Jr., Ivanka Trump and Eric Trump from serving as executives at any company in New York, or to bar the Trump Organization from buying any commercial real estate or obtaining loans from financial institutions in New York for five years.

The lawsuit is the result of a multiple year investigation by James and comes less than 50 days before the mid-term elections.

Trump’s attorney, Alina Habba, said the lawsuit is not focused on the facts, nor the law. 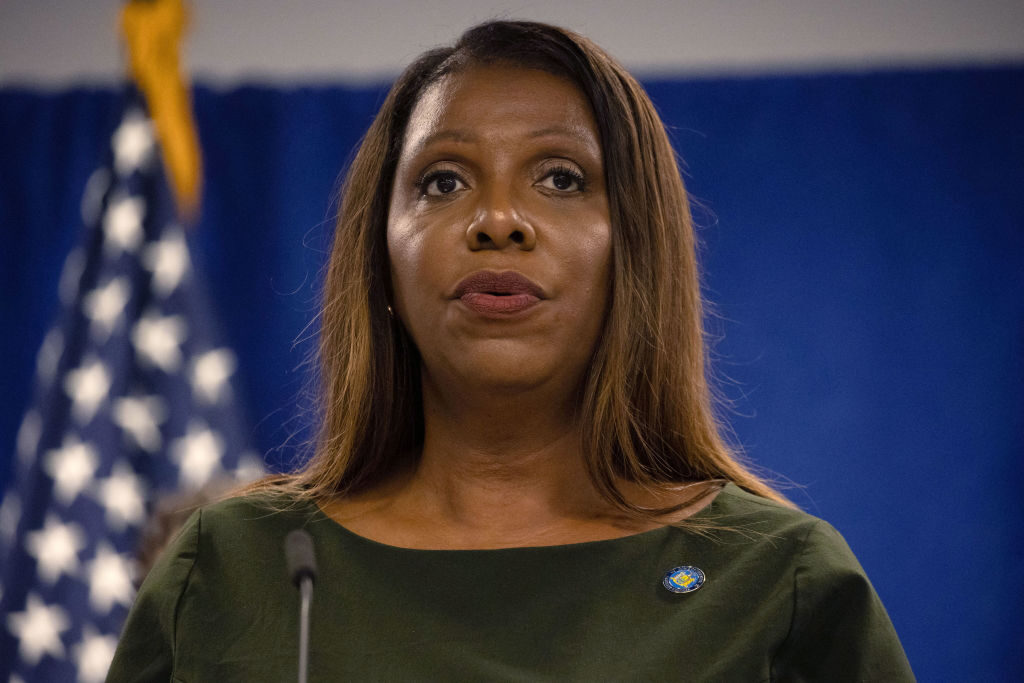 “We are confident that our judicial system will not stand for this unchecked abuse of authority, and we look forward to defending our client against each and every one of the Attorney General’s meritless claims,” she said.

Donald Trump Jr. was more to the point, tweeting, “The bullshit Dem witch-hunt continues!” His tweet accompanied a video of James vowing to sue Trump.

Trump Jr. also tweeted another video of James calling Trump an “illegitimate president,” and saying she looked forward to “suing him and going home.”

“I look forward to going into the office of Attorney General every day…suing him…and then going home.” -Letitia James

Letitia James has WEAPONIZED her office for political gain. pic.twitter.com/LsXJeKUMF4

She has also called him an “existential threat” and “crazy.”

“This president is an existential threat to all of us in this room…the number one issue in this country is defeating Donald Trump. Nothing else matters,” she has said.

Eric Trump tweeted a compilation of her remarks, adding: “Not a political “witch hunt?!” What a joke…

Not a political “witch hunt?!” What a joke… pic.twitter.com/dzuGaW9vNy

“AG Letitia James campaigned on suing President Trump and now she’s desperate to keep that promise. For the sake of our nation, I hope House Democrats and President Biden come to their senses and denounce this illegitimate fishing expedition,” he said in a statement.

“House Republicans will hold partisan actors posing as law-enforcement agents accountable for abusing their power when we retake the majority,” he added.

“Tish James’ civil lawsuit against the Trump family 49 days before the election is one of the most brazen political publicity stunts I have seen during my lifetime. Recent polling confirms that voters are leaving her and her fellow Democrats in droves, and as we have consistently seen from New York Democrats, they have no problem breaking laws or trampling our constitution to try and hold onto power,” he said, adding:

Day after day, Tish James ignores the blatant corruption of her fellow Democrats and the crimewave that has besieged our state. She has engaged in her own corruption of the office, launching political attacks against rivals, and her relentless obsession with not only the President, but his entire family is disgusting. This lawsuit isn’t worth the paper it’s written on and voters of all stripes should be deeply disturbed by this reckless abuse of power that is being wielded purely for political gain.

According to the Washington Post, James is suing for more than $250 million and has referred possible violations of federal law to the Justice Department and the IRS.

The suit also names, in addition to Trump and his children, the Trump Organization and business executives Allen Weisselberg and controller Jeffrey McConney.

The Eight Best Classic Christmas Movies To Watch And Why