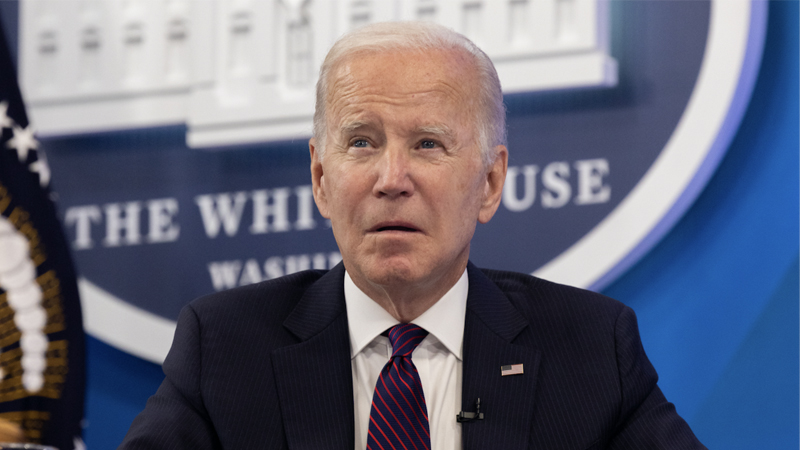 In the wake of intense backlash following his divisive speech declaring war on Trump supporters, the Biden administration has shifted its messaging to instead attack “MAGA proposals.”

“MAGA proposals are a threat to the very soul of this country,” Biden tweeted Sunday without elaborating.

MAGA proposals are a threat to the very soul of this country.

The new messaging is a notable shift given just days before Biden said: “Donald Trump and MAGA Republicans are a threat to the very soul of this country.”

White House senior adviser Keisha Lance Bottoms reiterated Biden’s new talking point on Sunday, claiming the “hate-filled” MAGA agenda “has no place in a democracy” without explaining exactly what its policies are.

That IS the soul of this country.

But does the MAGA agenda really have no place in a democracy if the majority of Americans support it?

The crowd size at Trump’s latest rally may offer an indication of the MAGA agenda’s popularity.

Q: Have you ever seen a wave at a Biden rally?
A: No. pic.twitter.com/BNbl5bBIBq

Thus, by White House Press Secretary Karine Jean-Pierre’s own logic, that would mean the Biden administration itself is “extreme” given it’s against what the majority of Americans want.

But Biden had little choice but to tweak his anti-MAGA narrative after massive backlash even from the likes of CNN and The Washington Post.

“I think that if this was a speech to unify the American people, it had just the opposite effect,” said Rep. Michael McCaul (R-Texas) on Sunday. “It basically condemned all Republicans who supported Donald Trump in the last election. That’s over 70 million people. Saying that Republicans are a threat to democracy is really a slap in the face.”

Doomsday for Democrats in Nevada – RedState