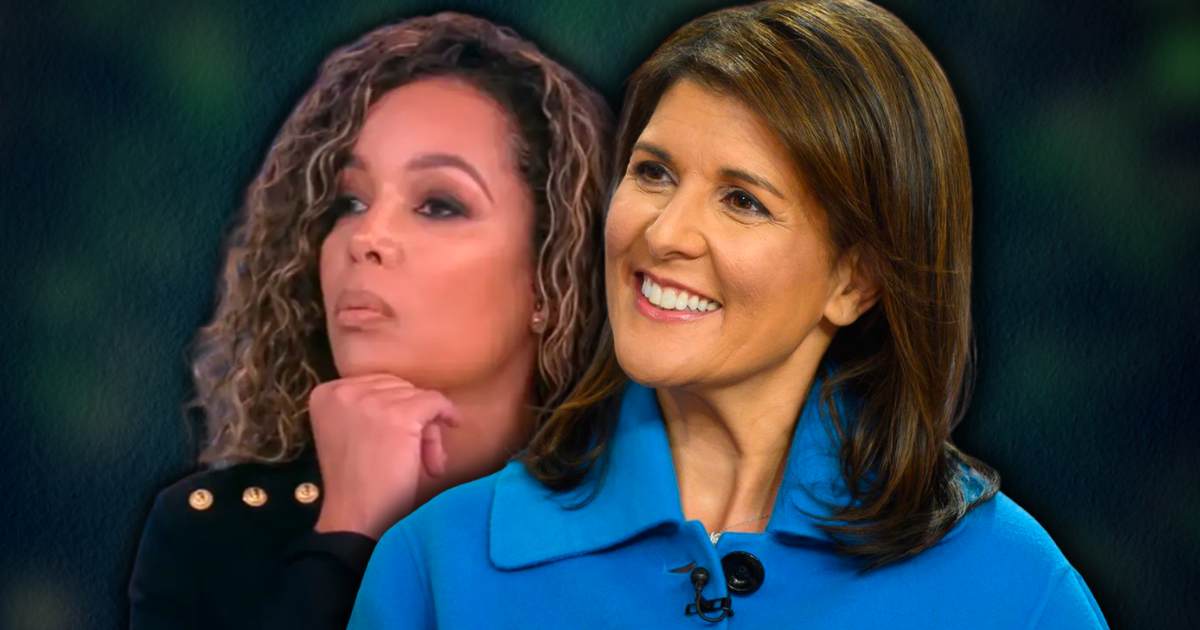 Nikki Haley calls out “racist” “Sunny Hostin” on Fox News, “Sunny is not her name. Nikki is my name. It is on my birth certificate.”
She says ABC News will not punish “Sunny” because “they let liberals say that about conservative Republican minorities all the time.” pic.twitter.com/UFuFs2RnwX

“Sunny” Hostin accused Haley of trying to hide her Indian heritage. “The View” panelists were speaking about a potential 2024 White House race.

“It’s not the first time, and it won’t be the last time that the hosts of ‘The View’ come after me or that liberals come after me in … whatever way. They can’t stand the fact that a minority female would be a conservative Republican.”

“You’re not going to see her fired from that show. We’re not even going to see an apology from that show because they let liberals say that about conservative Republican minorities all the time, but yet nothing is done. Had this been said about a Democrat, all hell would have broken loose.”

Haley pointed out that Hostin’s name is not “Sunny,” while Nikki is, in fact, the name on her own birth certificate. She said:

“Sunny is not her name. Nikki is my name. It is on my birth certificate. It is an Indian name, and I embrace my Indian heritage. I have written two books that describe the struggles that my family had, what it was like growing up.”

“When they go after something like your name or your looks, they don’t have anything else that shows your winning, and I’ll take that win all day long.”

Thanks for your concern @Sunny. It’s racist of you to judge my name.

Nikki is an Indian name and is on my birth certificate—and I’m proud of that.

What’s sad is the left’s hypocrisy towards conservative minorities.

By the way, last I checked Sunny isn’t your birth name… pic.twitter.com/NI3KZXjD6F

“I would love to see Nikki Haley … I think that Nikki Haley was an incredibly effective governor of South Carolina.”

Griffin could barely get a few words out before Hostin tried speaking over her and insulting Haley. Hostin said:

“What is her real name again? There is some of us that can be chameleons and decide not to embrace our ethnicity…”

She was then interrupted by another co-host, who said:

“Sunny, I don’t think that’s fair, you go by a different name.”

Finally promoting GOP women, Farah Griffin notes the possibility of Nikki Haley running in 2024 and how effective she was as governor.
But villainous race-baiter Sunny interrupts to chide: “What is her real name again?” And essentially calls Haley a race traitor. pic.twitter.com/QOCR3ty5Na

The left gets irritated when minorities have conservative values, vote for Republicans, and refuse to fall in line with the viewpoints touted by folks like Hostin. This is not the first time, and it likely will not be the last time, but people like Hostin and others must be called out because everybody should think for themselves; nobody should be forced to think the way others want them to.

Hostin later called California Governor Gavin Newsom “charismatic” and “smart,” … which tells you all you need to know about Hostin’s opinions.

As they were going to the commercial break, Sunny interrupted to praise her heartthrob Gavin Newsom. She calls him “fresh energy that we need, I think that he’s charismatic, I think that he’s smart … I’m not even going to talk about the good looks.” pic.twitter.com/aSDJhd92K0

The First Amendment exists for every American, not just those Hostin agrees with. It is important for society to be able to debate, discuss, and agree to disagree. But time after time, Hostin has disparaged those who disagree with her.

Biden: The idea we still allow semi-automatic weapons to be purchased is sick

‘This Isn’t Right’: Brooke Shields Calls Out Barbara Walters Over Interview Question When Actress Was 15