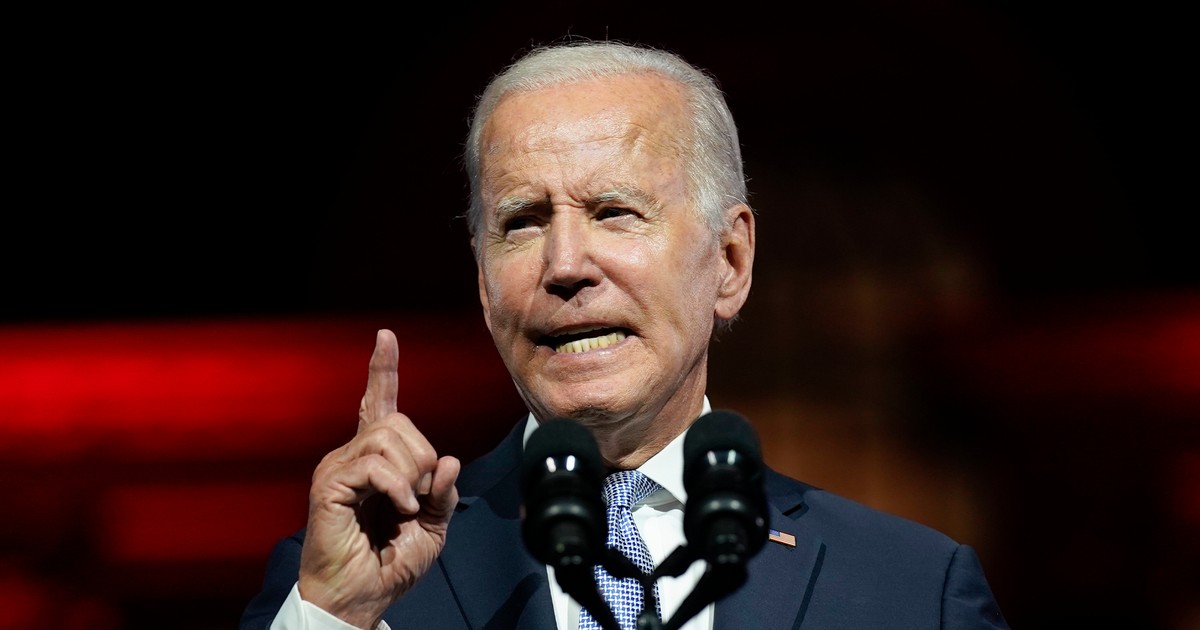 Trafalgar Group, in partnership with the Convention of States, has a new poll out, and it’s not looking good for Joe Biden’s latest tactic of vilifying millions of MAGA Americans as threats to this country.

Biden was going at it hard for more than a week, capping it off with his primetime speech last Thursday. But he must have seen the instant reaction to the speech; he already tried to backpedal a bit when called on it by the media the next morning. Even CNN called out the use of Marines, and the media asked White House Press Secretary Karine Jean-Pierre if Biden was going to apologize for what he said, maligning Americans.

Now the numbers are in, and they show what a bad move this tactic was. Biden doubtless did this to try and whip up his base–in the hopes that they would get out and “vote, vote, vote”–as he implored them to do during the speech they claimed was “non-political.”

Likely voters were asked what they thought about Biden accusing his political opponents of “an extremism that threatens the very foundations of our republic.”

A majority — 56.8 percent of likely voters — said that the speech “represents a dangerous escalation in rhetoric and is designed to incite conflict amongst Americans.”

Only 35.5 said it was “acceptable” campaign messaging that is expected in an election year.” That was mostly from the 70.8 percent of Democrats who said that. That they couldn’t see the problem with the speech shows how far over the edge they have gone.

In the polling, 89.1 percent of Republicans said it was a “dangerous escalation,” with 4.7 percent saying it was acceptable. I’m not sure who those “Republicans” who thought it was acceptable are — maybe the three people who supported the future ex-Rep. Liz Cheney (R-WY), including her father? But this should have been just another warning to those folks about how they are on the wrong side of history, and what they are truly giving license to on the left side of the aisle, by throwing in with the people behind such attacks on Americans.

The real tale of the poll was what the independents thought. These are the folks that the Democrats would need to stave off the red wave — 62.4 percent of independents called it a “dangerous escalation.” This matches with the new YouGov poll that found Biden is tanking with independents in approval generally, at only 26.7 percent approval and 64.1 percent disapproval.

The Trafalgar poll was conducted for three days after the speech and was nearly D+4, so it’s with some leaning to the Democrats.

“These numbers reveal that most voters were sickened and deeply disturbed by what they saw last week. When you couple this finding with previous polling we did indicating a majority of voters also hold President Biden responsible for America’s divisions—it’s clear that the man who promised to unite the nation has become the most divisive President in American history,” said Mark Meckler, President of the Convention of States.

“When voters tell you they think that the prepared remarks of a sitting President of the United States is a dangerous escalation and was designed to incite conflict, we are living in terrifying times. Perhaps even more terrifying is the fact that a huge majority of Democrats think this was just a routine, election year stump speech,” Meckler said.

“This is the tyranny the founders of America foresaw, and it’s why they included an emergency provision in Article V that empowers the states to reign in an out-of-control federal government. A Convention of States needs to happen and urgently,” he added.

He tried so hard to whip up the base but in the meantime, he’s lost everyone that they need to gain to win.

Brickbat: Tiger By the Tail