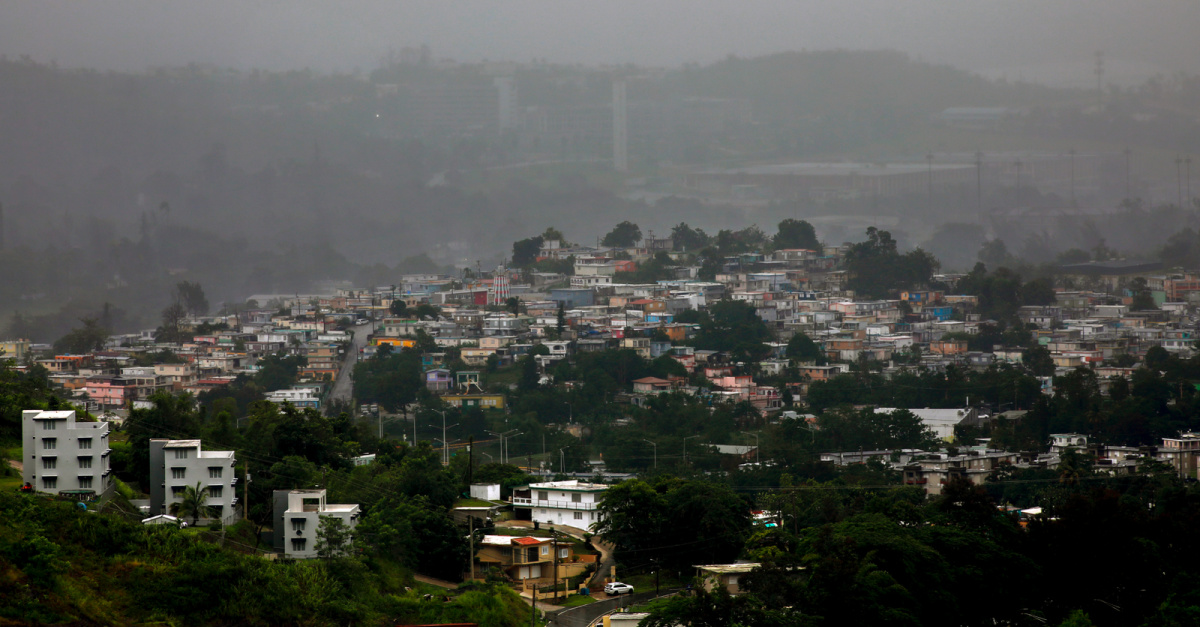 More rain fell over Puerto Rico as Hurricane Fiona blew through the area earlier this week.

On Monday, Fiona knocked out electricity to most of the island and National Guard soldiers were called to rescue some 900 stranded people.

According to the Associated Press, it could be days before power is restored.

As of Tuesday, up to 22 inches of rain had fallen in some areas of Puerto Rico, and forecasters predicted that another 4 to 8 inches could still fall as the storm moves.

“It’s important people understand that this is not over,” said Ernesto Morales, a weather service meteorologist in San Juan.

Officials said two people were killed in the storm, including a Puerto Rican man who was swept away by a flooded river and a Dominican Republic citizen who was struck by a falling tree.

The storm is expected to grow into a major hurricane of Category 3 or greater and pass near the Turks and Caicos islands. It is not expected to impact the U.S. mainland.

“The damages that we are seeing are catastrophic,” Gov. Pedro Pierluisi said.

More than 837,000 water customers were without water because of turbid water at filtration points or lack of electricity, officials also reported.

Roads were also destroyed, and a bridge was swept away in Utuado.

In the Dominican Republic, which was also hit, beaches and ports have been closed. Some 800 people have been evacuated, and more than 700 are in shelters.

The storm is now heading northwest at 10 mph with maximum sustained winds of 105 mph, but its tropical-storm-force winds extend up to 140 miles from the center of the storm system.

Does Biden’s Justice Department care about the civil rights of Christians?

What Is the Significance of Mary Visiting Elizabeth?