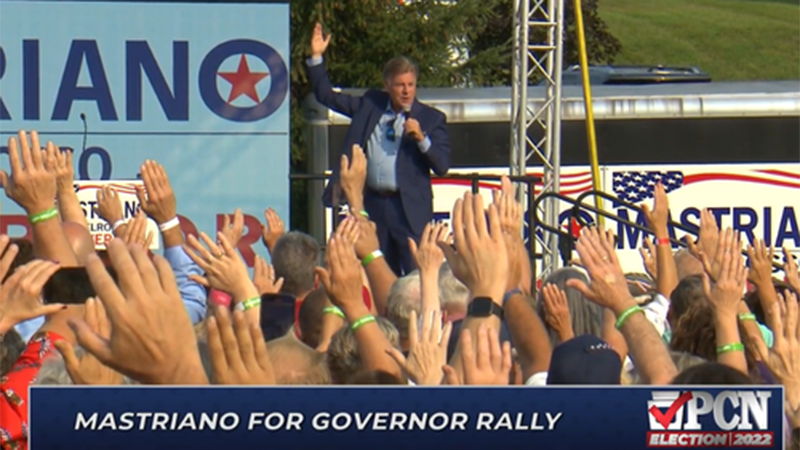 A lawyer and recurring guest on MSNBC and CNN has come under fire after claiming in a viral tweet that Doug Mastriano supporters were giving ‘a Nazi salute’ during a Sunday campaign rally in Chambersburg, Pennsylvania.

Evangelical leader Lance Wallnau asked the crowd to rise, and asked them “if a proclamation can be a spiritual thing,” before asking them to raise their hands for a prayer rally in support of Mastriano’s run for PA Governor.

“Can you say what they said at Gettysburg? ‘When you see us lined up as one, sweep down the hill to victory,’” Wallnau prompted the crowd, before beginning the prayer: “Father I pray, that indeed Pennsylvania will be like Little Round Top, and America will have a new birth of liberty.”

Attorney and frequent MSNBC guest Tristan Snell commented on the clip, which now has 3.6 million views, saying “Yes, this is a Nazi salute, at a Doug Mastriano campaign event in Pennsylvania. In 2022,” adding “Democracy is literally on the ballot in November.”

Watch the entire clip below:

Snell’s ‘hot propaganda’ take was too much even for CNN‘s K-File, who replied “This is just people praying and it doesn’t even resemble a Nazi salute.”

And of course, the Lincoln Project went with the ‘Nazi salute’ thing and turned it into an anti-Mastriano ad.

Jean-Pierre does not even try to answer question when confronted over false claim that Biden visited the border: ‘It was a brief drive-by’