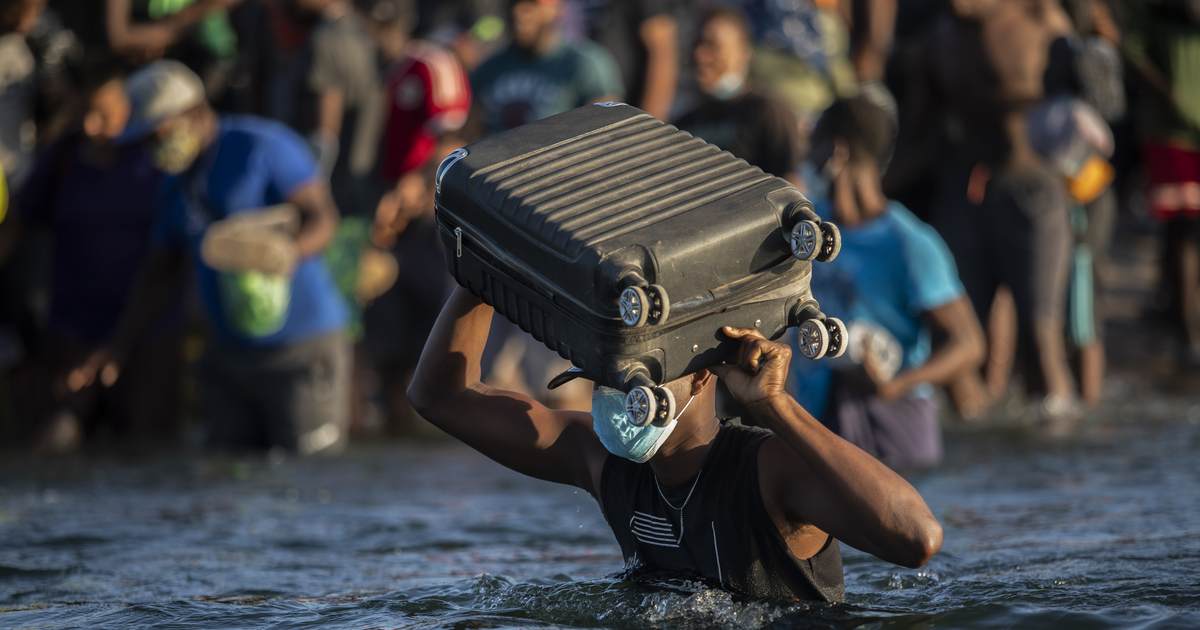 
Even though KJP is one of the dumbest and least effective press secretaries in American history, she was partially accurate in her assertion, to her credit. As it turns out, under President Joe Biden’s watch, migrants are also swimming over the border and, unfortunately, dying en masse as a result.

That was evidenced in a heartwrenching update from Fox News’ Bill Melugin, who, along with journalist Ali Bradley, reported that a group of 53 migrants attempting to cross the Rio Grande into the United States near Eagle Pass, Texas, were swept away by rising and dangerous waters on Thursday.

As of Saturday, Bradley confirmed that the lifeless bodies of nine migrants had been recovered by U.S. Customs and Border Protection (CBP) agents, with another seven still missing. Thirty-seven migrants who were swept downriver by the fast-moving current have been rescued.

#BREAKING @CBP confirms to me that the bodies of 9 migrants have now been recovered— Search efforts continue to find the remaining 7 people after 53 attempted to cross the Rio Grande near Eagle Pass. 37 migrants were rescued according to the agency.

Melugin added to the report, saying CBP confirmed the latest numbers to Fox News. He also described the horrific situation as the “deadliest mass drowning incident in the Rio Grande in recent memory.”

UPDATE: CBP confirms the bodies of 9 migrants have now been found. 7 more still unaccounted for. This is the deadliest mass drowning incident in the Rio Grande in recent memory. https://t.co/IasOeIsrZ6

Melugin, in July, posted video footage of what appears to be hundreds, at least, of migrants making the dangerous trek through the Rio Grande. The video went viral, racking up over 4 million views.

BREAKING: One of the most massive single groups we have ever witnessed cross illegally at the border is crossing into Eagle Pass, TX right now. The line of people went so far into the trees it’s hard to get a count. Hundreds upon hundreds. Coyotes guiding them in water. @FoxNews pic.twitter.com/ZjZIygarAv

Many on social media were quick to point out that the situation, which is beyond tragic, doesn’t seem to be getting the attention that it should from a bulk of the mainstream media. Others correctly pointed to Biden’s absolute disastrous border policies as the primary cause of such atrocities.

The New York Times, shockingly — and to its credit — covered the tragedy, noting that this isn’t the first time migrants have run into dangerous and deadly currents on the Rio Grande while trying to reach U.S. soil.

About two months ago, he said, 12 bodies were recovered on the same day — six by the Mexican authorities and six by U.S. rescue officials — after another large group tried to cross into the United States.

More recently, two boys, one 3 years old and the other 3 months old, slipped from the grasp of an uncle as they were attempting to cross, he said. The older boy drowned, and the infant was rushed to a San Antonio hospital in critical condition.

Not surprisingly, the Times failed to mention the Biden administration’s seemingly complete lack of interest in doing anything — anything at all — to stop the free flow of migrants who pour across the southern U.S. border in record numbers daily. There’s no quick fix here, but if the White House would reverse course on some of its early, foolish decisions to erase former President Donald Trump’s highly effective immigration policies, there would be an honest chance to mitigate these events.

In response to the mass drowning incident, immigration advocacy groups sparked renewed calls for Congress to take action on the issue. The National Immigration Forum tweeted out a call for action Saturday morning.

“This heartbreaking tragedy highlights once again the need for Congress to act and pass immigration reforms. Congress must act quickly to pass solutions that bring compassion and security to our border, in the names of human lives and human dignity,” the organization tweeted.


No matter one’s take on the immigration issue, these people shouldn’t be surviving brutal, 20-day trips to the southern U.S. border only to die at the last minute in a river. It’s absurd. But Biden and Vice President Kamala Harris have more critical issues to tackle, like demonizing “Extreme MAGA Republicans” who they claim to be a “threat to Democracy.”

Responding To Backlash, Netflix Clarifies Its Content Is ‘Mostly Pedophilia-Free’