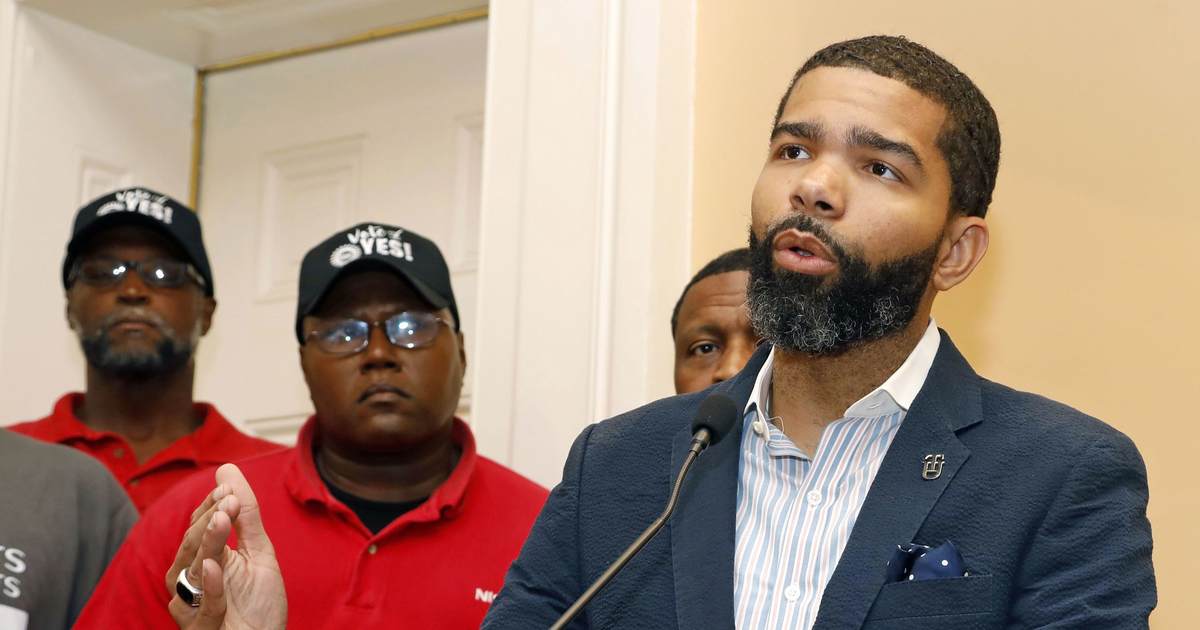 Chokwe Lumumba was a radical Mississippi human rights attorney who parlayed that notoriety into successfully running for mayor of Jackson, Miss. But less than nine months after being elected, Lumumba died. Ebony asked, “Who would ensure that the goals of the Malcolm X Grassroots Movement (MXGM), the New Afrikan People’s Organization (NAPO), and the Jackson People’s Assembly—to promote self-determination, cooperative economics, participatory democracy, and social equity—would be realized?”


With that kind of radical lineage, only one person could step forward and fill Lumumba’s shoes: His son, Chokwe Antar Lumumba.

Jackson is the largest black-majority city in the United States. Its problems predate Lumumba and will exist long after he’s gone. Lumumba was elected in 2017 on a radical platform that he never was quite able to realize.

He laid out an expansive vision of how Jackson could become a model for the country, promising to use City Hall to delivernot just better services, but a whole menu of new progressive ideas like universal basic income, co-operative businesses and alternatives to policing. He talked about replacing abandoned lots with urban farms. And in a city that is 82 percent Black — a higher rate than any other big city in the country — he framed his promises in elevated, historical terms, promising to rewrite the story of race and commerce in the region from one of exploitation to one of empowerment.

And yet, in his attempt to lift the people up, he forgot about the rest of it — the dull, mundane, everyday ordinary business of government. The city is mired in a water crisis that will almost certainly take billions of dollars to fix.

Staffing shortages, system issues and multiple equipment failures have led to a crisis where Jackson, Mississippi, residents have lost running water for an indefinite amount of time, Jackson Mayor Chokwe Antar Lumumba said at a press conference on Tuesday.

Lumumba attributed the city’s water crisis to a lack of maintenance over the last few decades, adding that it will cost billions of dollars to fix the issue.

“This is a set of accumulated problems based on deferred maintenance that’s not taken place over decades,” Lumumba said.

That’s very true, your honor. But just what the hell have you been doing for the last four years? While you’ve been busy turning your city into a radical socialist paradise, the problems with the water system — the water system, for goodness sake — have been getting worse and worse until the whole system just collapsed.

“We suffer in the southern portion of our city most disproportionately,” he said. “Some of the most impoverished parts of our city are feeling the brunt of this challenge more consistently and worse off than the rest of our city.”

A day after the current water crisis was announced, Jackson’s Public Works Director Marlin King was reassigned to another role, Lumumba said.


Rearranging the occupants of the deck chairs on the Titanic is not going to help. Lumumba has got to do what he failed to do the day he took office: address the infrastructure problems that make life in Jackson so difficult, dangerous, and unhealthy.