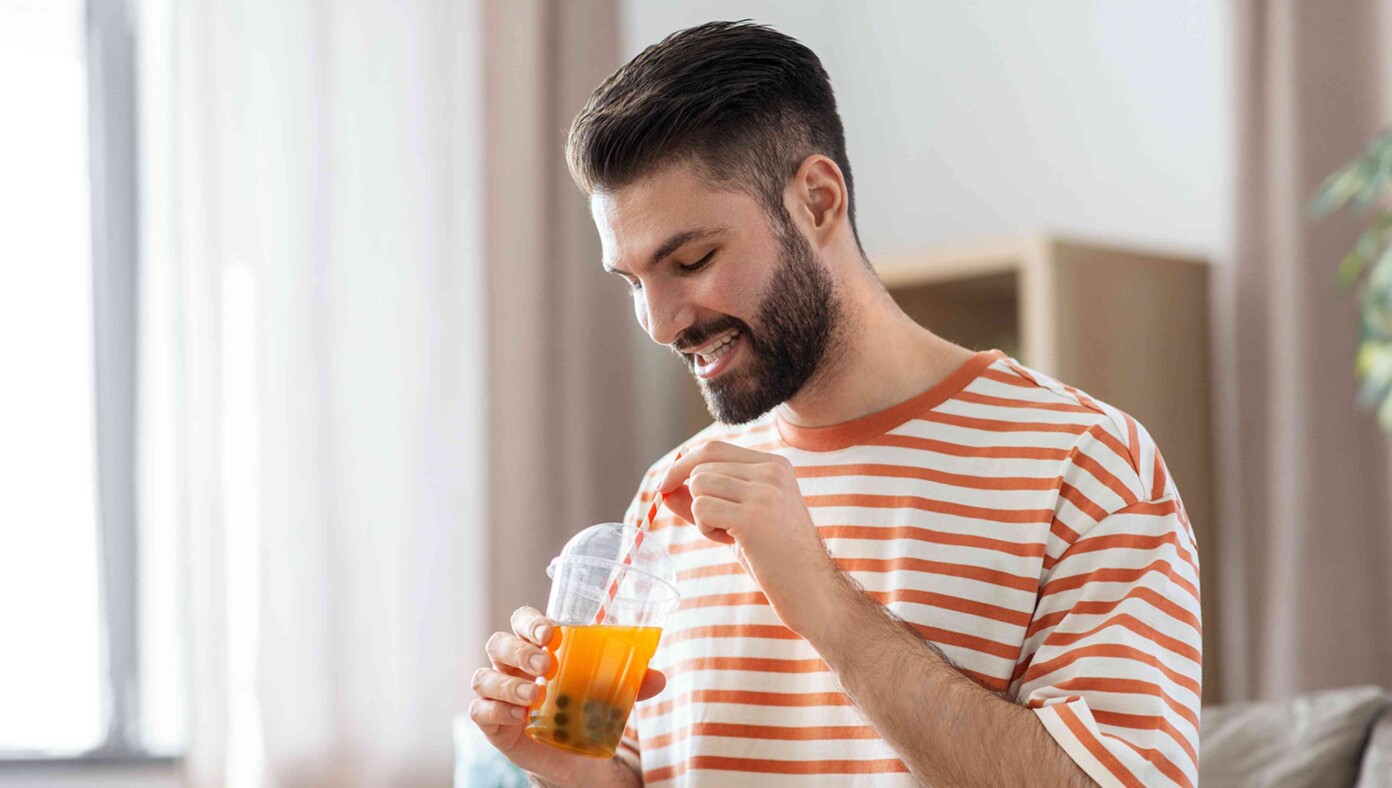 PASADENA, CA — While out with friends, local man Kevin Bann put up a valiant effort to feign enjoyment of an orange watery substance with little slimy balls floating in it. His friends have confirmed he is “very cool” and “with the times.”

“It’s more the aesthetic, not the taste…but I do like the taste!” Mr. Bann hastened to clarify his enjoyment of the tea when he sensed raised eyebrows from his friends. Sources have confirmed that Mr. Bann stumbled over himself protesting his enjoyment, adding “of course, I like slimy little balls of food in my drinks!”

Some outlets have called Bubble Tea “abominable” and compared it to “backwash from a whale’s gullet,” but Bann maintained that the mucus-like balls slithering down his throat are a joy. “Boba tea is cool — it’s tea for people who know regular tea is boring!” Bann again grimaced as another dozen squishy balls slid cooly down into his stomach, according to eyewitnesses, but he again gave a pained smile and thumbs-up and reported “Mmm, good eatin’!”

At publishing time, Mr. Bann prayed for strength as his friends finalized plans for a big night of kimchi, kombucha, and hazy IPAs.

Man Wearing Nail Polish Either Trans Or Father Of Girls