Liberal is blown away by the kindness of conservatives 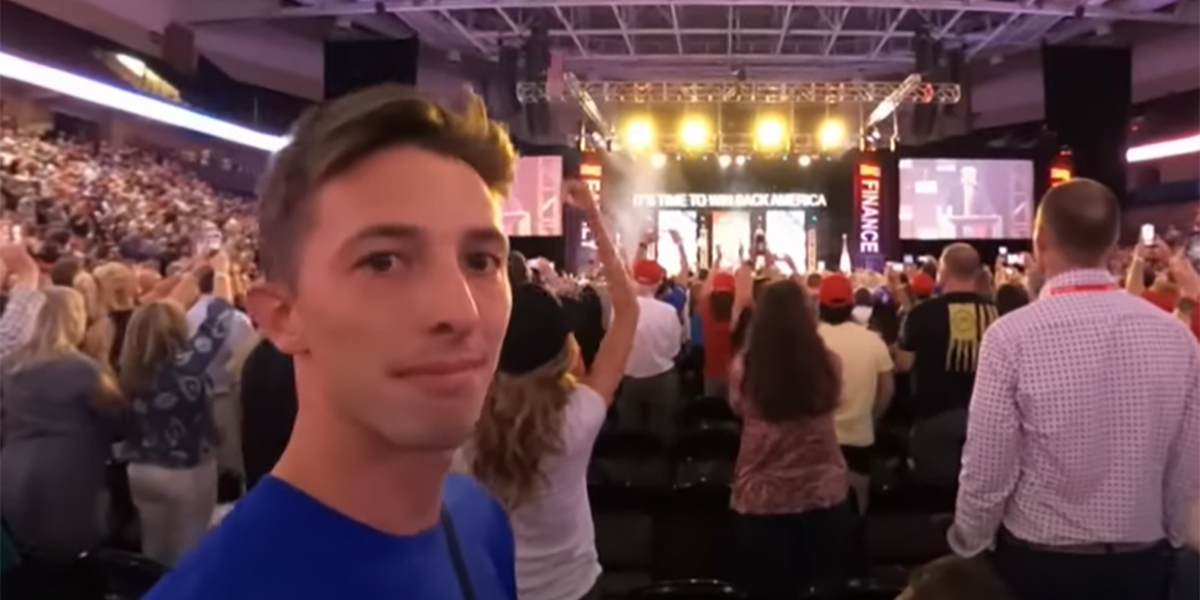 Midterms are only two short months away, and Democrats are busy attempting to make the case that all “MAGA Republicans” are evil people and threats to democracy. And while I could turn around and list all the reasons why leftists are the actual threat, that would defeat the purpose of this post, which is to celebrate someone who had the initiative to actually go hang out with some of these dreaded “MAGA Republicans.”

The video features Samuel Donner, a self-described liberal who hails from Los Angeles, and he traveled all the way to Memphis Tennessee to attend a Trump rally with the mission of making 100 friends.

Now, I’m not saying one has to agree with the entire video–there are certain flourishes I think could have been eschewed–but I’m willing to give credit where credit is due, and a few kudos are in order.

I couldn’t help but chuckle a little when I heard the words, “Who the f*ck is Brandon?”

Sam came across numerous people during his time in Memphis, but I’d like to focus on those he met at the rally. There was a Mexican man who lived in Canada who, when asked, told Same he believed Trump’s thoughts on Mexico in 2016 were true and supported the former president still. There was another man who was so friendly he just handed Same the keys to his RV when asked if he could get a tour. Even Donner was taken aback when he was allowed to just walk into the vehicle, keys in hand and unaccompanied.

What’s especially funny is when fellow liberal Jordan Klepper totally rejected Sam. Most of the conservatives were open to being friends, and none of them outright rejected him.

He even finished his visit to Tennessee by attending a church women’s group with someone he met at the rally! It was great. His conclusion at the end is one that gives me hope for the future, too.

“On this journey, we connected with so many people that didn’t share our politics at all, and it left me wondering if this divided–Trump vs. Biden, red vs. blue, Democrat vs. Republican–is a way of thinking that doesn’t serve anyone.”

What do you think? Who are the friendlier people: Republicans or Democrats? “MAGA stochastic terrorists” or leftists? Can we be friends?