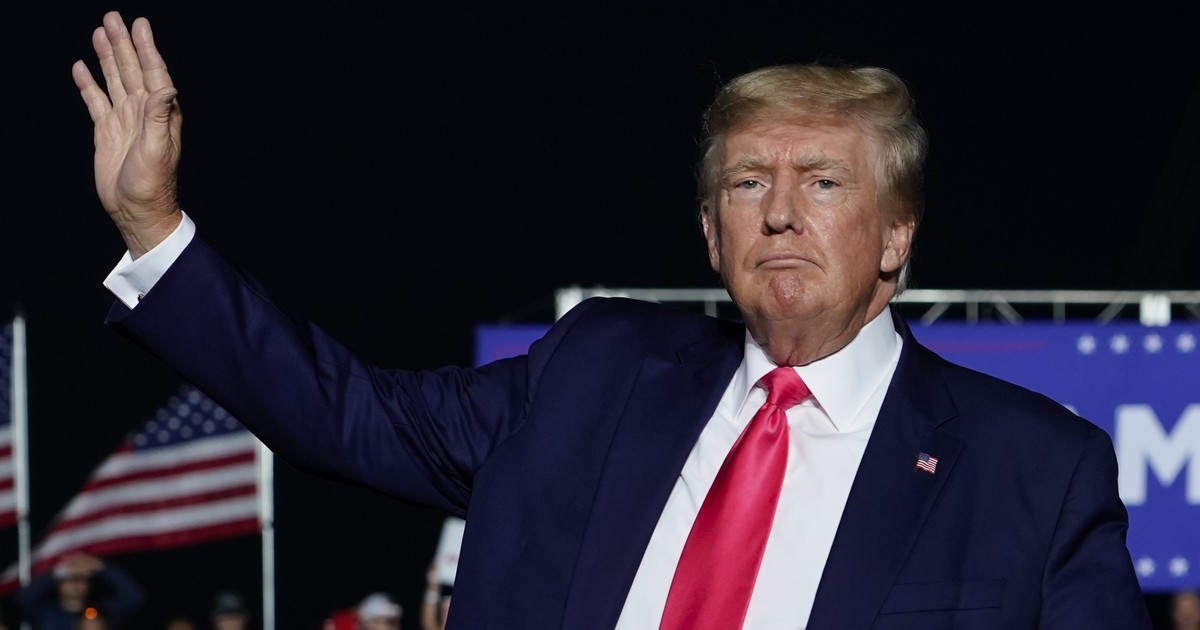 I know what you are thinking, but before you call me a moron, take a look for yourself and tell me this doesn’t look like something from The Babylon Bee.

Yes, you read that right. The FBI supposedly found 48 folders that were empty but once held classified information while raiding Donald Trump’s Florida residence. We literally went from “he stole the nuclear codes” to “he had some empty folders” in the course of a few weeks. If that doesn’t mimic parody, nothing does.

Just as hilarious as the original story, though, is that the lunatics on the anti-Trump right are actually running with this as a major bombshell.

I think the folders had copies of the Steele dossier, the pee tape, and Alfa Bank datahttps://t.co/KsVZhgKXEE

The insinuation here is that the bad orange man sold or destroyed the documents that were once inside the folders with classified banners. Yet, there’s no evidence of that, and I’m not even sure that claim is being made by the DOJ. What we are seeing is simply an inventory from the execution of the search warrant. It’s perfectly possible that the folders ended up in the boxes after having their classified contents turned back in by White House officials. More likely is that the folders were empty and just ended up in the jumble of documents taken by Trump.

Does anything encapsulate the deranged hysteria surrounding Trump more than seeing people losing their minds over empty folders? Here we are, though, with another news cycle being driven by another government leak that ultimately adds up to nothing. It’s almost as if the DOJ is purposely trying to harm the Republicans before the mid-terms by keeping this idiocy rolling, right? Nah, couldn’t be.

But hey, maybe we really will see Trump frog-marched from Mar-a-Lago for the grand crime of having empty folders. Would you put anything past the Biden DOJ at this point? I certainly wouldn’t, and the press is going to keep losing their minds at every mention of the former president no matter what happens.

Still, in the end, my money remains right where it’s been, i.e. that this is all politics and that the DOJ doesn’t want the hassle of breaking the Hillary Clinton precedent in order to prosecute a former president over empty folders. Take these “bombshells” for what they are, which are partisan tools to distract voters from Biden’s incompetency.

‘A Gift From God’: Candace Cameron Bure Champions The Joy Of Married Sex, Calls It A ‘Blessing’ To Be ‘Celebrated’