MARIK: Newsom’s California Is On The Verge Of Taking Medical Insanity To A Whole New Level

‘It Will Need To Be Completely Rebuilt’: Aerial Footage Shows Devastating Aftermath Of Hurricane Ian 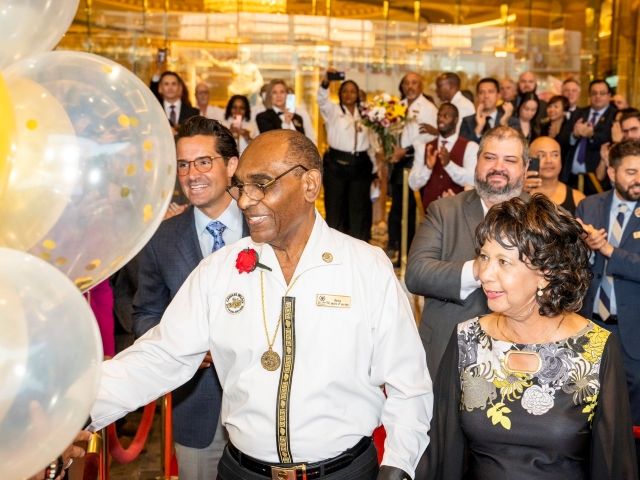 A Caesars Palace blackjack dealer who has been employed at the casino since it first opened over 55 years ago officially retired on Wednesday.

Benny Figgins, 79, was the last remaining year-one employee to have worked at the casino. He was initially hired in 1966 – two months before the casino opened – working various jobs, including as a casino porter, vacuuming floors, dishwasher, and bus boy, according to Fox 5.

After a few years of doing random jobs, Figgins became a blackjack dealer in 1971 and stayed in that position until Wednesday.

Figgins has had big-name celebrities sit at his table throughout his career, including Frank Sinatra, Diana Ross, Sammy Davis Jr., Harry Belafonte, and Joe Lewis. The blackjack dealer noted that dealing cards to these celebrities were among his favorite moments working at the casino.

When Figgins was asked what his most memorable moment was, he highlighted meeting his wife 48 years ago, who was also an employee at the Palace.

“That was very special,” Figgins said.

We caught up with Benny before his grand send-off! pic.twitter.com/LenfC27loK

Figgins’s wife worked at the casino as a PDX operator and a table games dealer for 38 years before retiring. The couple is still happily married and has three daughters together, according to the casino.

Working for the past 55 years at the casino has become a second home to the 79-year-old blackjack dealer.

“I’m going to miss Caesar’s Palace,” Figgins said when asked what he would miss most about working at the casino. “It’s a home away from home.”

He added that he would miss his co-workers too.

Before Figgins left Caesar’s Palace for the final time as an employee, he was gifted “a commemorative plaque and a string of crystals from the chandelier that hung in the original casino dome,” Fox 5 reported.

With his wife by his side, the blackjack dealer received a “grand sendoff” as he walked out of the casino with his co-workers lined up applauding him for all his years of work before entering a limousine that drove him back to his house.

In celebration of his 55+ years of service at the resort, Figgins received a grand sendoff fit for a Caesar 🙌 pic.twitter.com/z9ywbg2nUj

Baltic Power Cable Could be Damaged by Nord Stream Blast

Beside a Golden Door