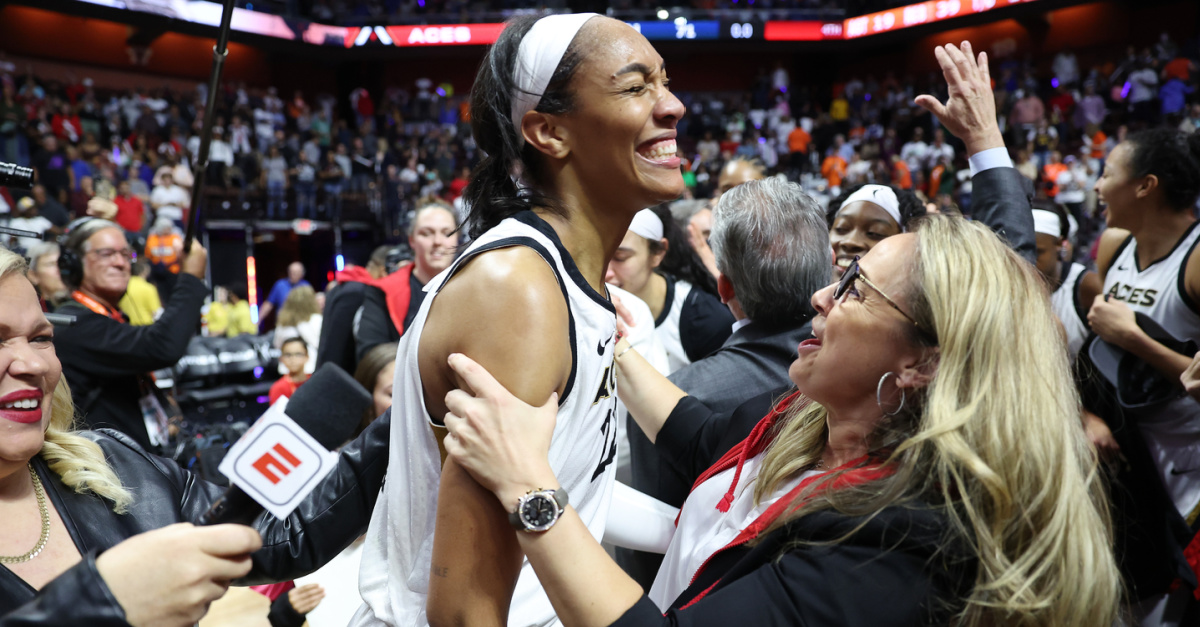 The Las Vegas Aces took home their first WNBA title after beating the Connecticut Sun 78-71 in Game 4 of the WNBA Finals on Sunday at Connecticut’s Mohegan Sun Arena.

According to Sports Spectrum, WNBA MVP and Defensive Player of the Year A’ja Wilson contributed 20 points per game in the finals, playing every second of the series on Sunday and leading her team to victory. It is the first time the city of Las Vegas is celebrating a professional sports championship.

“Winning a championship is something that no one can ever take from you,” Wilson said during the postgame press conference. “Once you’ve got that down, you are in the books forever. … When you’re talking about a legacy, you have to win. You have to win, and I don’t win without my teammates, so this moment right here, this year right here, is something that I’m never going to forget.”

She also thanked God for allowing her to make it to this point in her career.

“For this to be a part of my legacy and a part of my journey, I am blessed,” she continued. “I’ve got to give it all to God. Without Him, I wouldn’t be anywhere. He plays through me, and I always say, ‘Let that light from within shine brighter than the light that’s on you.’ It’s something special. I love where I am right now.”

Wilson, who was picked first overall by the Aces in 2018, has played a vital role in turning the team into a consistent franchise in the WNBA, even helping her team make it to the semifinals for three straight seasons.

Wilson was raised in a family of believers. Her grandfather was a minister, and she attended church regularly in her childhood. In college, she continued to grow in her faith under University of South Carolina head coach Dawn Staley.

In a 2019 Sports Spectrum Magazine feature story on Wilson and her teammate Kelsey Plum, Wilson highlighted the importance of prayer in her life.

“Prayer has just really helped me out through my whole basketball career,” she said at the time. “It’s a part of my pregame ritual; it’s a part of my warmup. It’s always involved because I know that it’s so much more than what’s at stake and what’s in front of me. I just have to give thanks, that’s the biggest thing. Prayer is my peace.”

Is There a ‘Right’ Way to Have a Christmas Tree?