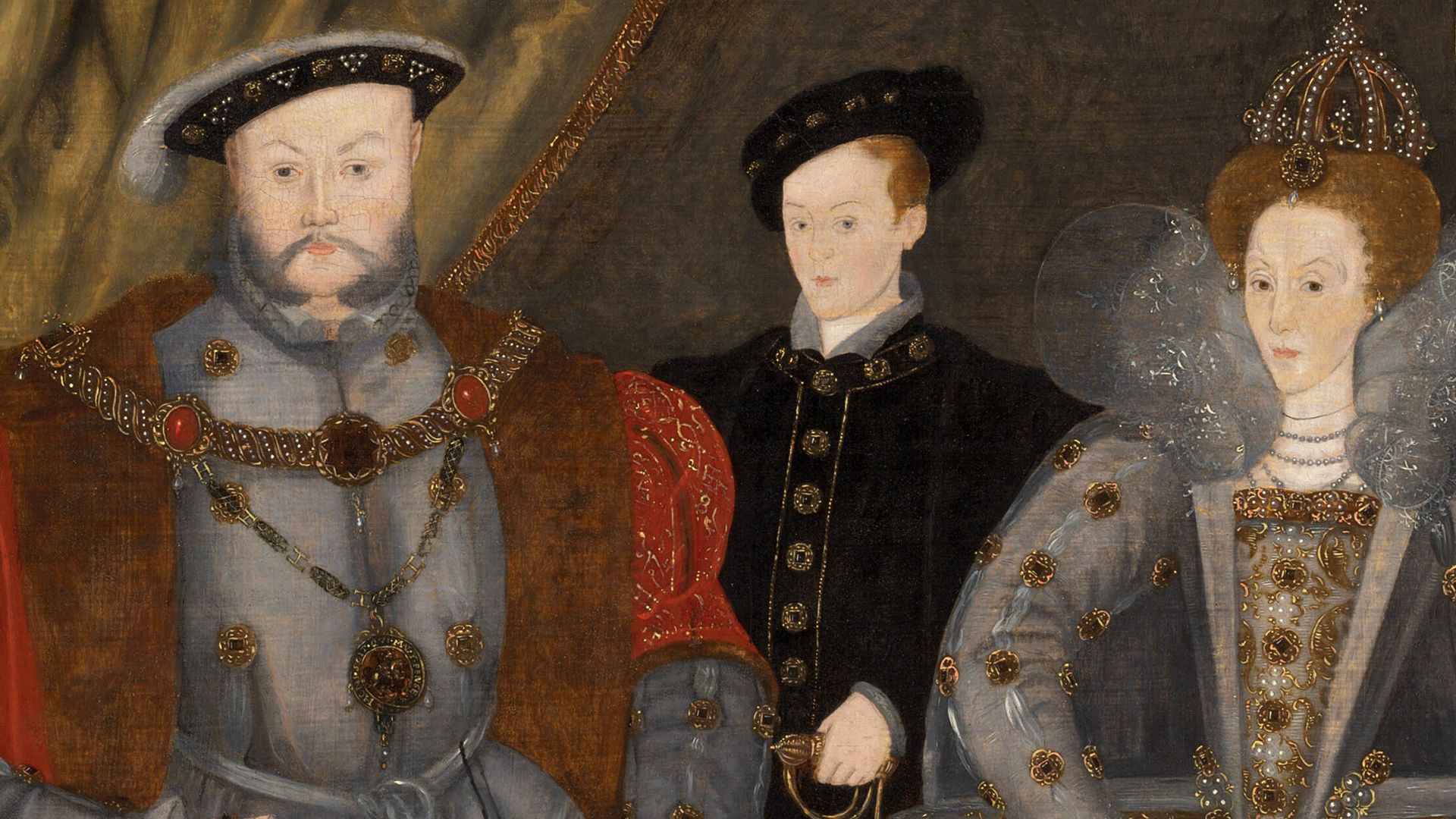 NARRATOR: 1509 in the English royal household – the 18-year-old Henry VIII is neglecting his royal duties. Instead, he enjoys a hedonistic lifestyle, preferring Italian masked balls to dealing with affairs of state. But does he love his wife Catherine whom he married on his father’s express wishes?

PROFESSOR GILES MILTON: “The House of Tudor was still a young dynasty. It was only 40 years earlier that Henry’s father, Henry VII, had won the War of the Roses to be crowned King of England. Henry VIII was keen to secure the family’s dynasty. And what better way could there be than marrying Catherine of Aragon, daughter of Europe’s most powerful rulers, King Ferdinand and Queen Isabella of Spain. If Catherine could provide him with a male heir, then so much the better. That would allow him to secure the Tudor dynasty for at least another generation.”

NARRATOR: For 17 years, the deeply devout Catherine of Aragon and Henry VIII led a peaceful marriage. Then, however, something happened that would throw not only their marriage, but the very future of Europe itself, into crisis. Henry fell in love with Anne Boleyn, a young lady at court. This was no passing fancy; it was real love. Anne is flattered by the King’s attention, but wants more. She wants to be queen. Henry ignores his advisers and sets his heart on getting a divorce from Catherine. He wants Anne to be England’s first lady. Doing so, however, will take a number of years. Henry first wants to secure the blessing of Pope Clement VII in Rome. Clement stalls. If he annuls the marriage, he risks incurring the wrath of Catherine’s nephew the Spanish king. By forbidding Henry’s new marriage, however, he risks provoking England’s separation from the Catholic Church. In the meantime, however, Henry makes up his mind. After nine years of political maneuvering he disobeys the Pope and banishes Catherine from court and out of his life. Now Henry is free to marry Anne. Nine months later, a child is born. Unfortunately for Henry, however, it is not a boy, but a girl. Henry immediately distances himself from the woman he fought to marry for nine years.

MILTON: “Did Henry really love Anne or was he simply after an heir to the throne? Well, all the evidence points to the fact that he did actually love her. She was a lively, feisty wife, exactly the kind of woman you would expect him to naturally be drawn towards. In addition, he used to write her passionate letters in which he repeatedly declared his love for her. But when she failed to produce Henry’s much anticipated male heir, he quickly pushed her aside. Though most of the charges were fabricated, Henry came to share the belief that his wife was to blame. That was a tremendous mistake.”

NARRATOR: After risking the future of England to marry Anne, he quickly orders her beheading, before moving on to his next conquest, Jane Seymour, whom he married the day after Anne’s execution. Henry is almost 50 when his third wife gives birth to his much anticipated male heir. The Tudor dynasty seems secure. Security, however, comes at a price as Jane dies just a few days after giving birth.

Henry would go on to marry three more times, but all his marriages end in tragedy. His fourth marriage is annulled because, apparently, Henry finds his new German wife too ugly. His fifth wife is accused of adultery and beheaded. Only his sixth wife, Catherine Parr, would outlive him.

A guided tour through Bryce Canyon

Sherlock Holmes: The History of the Mystery